Chief minister Jairam Thakur recently stated that he had received suggestions to make Himachal a Covid-19 quarantine centre of the nation, which would also give impetus to the tourism industry of the state. He said that adequate health facilities were available in Himachal.

The chief ministers proposal has not been welcomed by the stake holders of Himachal tourism industry.

It is not only wrong to present Himachal as a quarantine destination but it may also prove dangerous for the state. The people of the state would not accept this decision to give an open invitation to the pandemic. 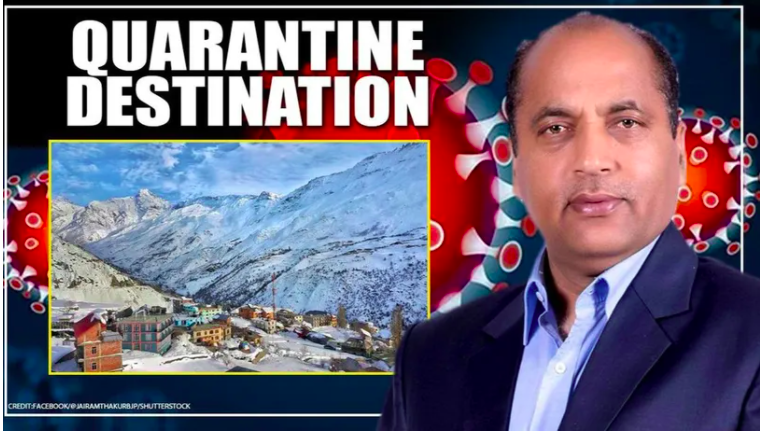 The coronavirus outbreak that has spread to all continents and brought the travel and tourism sector to a standstill. There is a global scare. It is not just about India. People do not want to step out anywhere. The entire economy is getting impacted.

Compared to many other states, Himachal Pradesh has been less severely hit by COVID-19. Upto early Tuesday afternoon, 223 cases, including five deaths, were reported in the state. Some districts have just one or two active cases right now.

But with people returning home to Himachal, there are concerns that the cases may increase at a faster rate.

It has already become difficult to control coronavirus in Himachal due to the recent spurt in cases. Instead, of declaring state as quarantine destination one should seek a financial package from the Centre. If the State is turned into a quarantine destination the regular tourists would stop coming to the state if its hotels are developed as quarantine centers. The situation might land to dark zone.

The government should act on the lines of Goa by allowing entry to tourists only after a proper medical check-up.

First we should make the state coronavirus-free, declare it as such and then invite tourists,

According to one estimate, hotels in Himachal Pradesh has already lost around Rs 800 crore due to the nationwide lockdown ordered to combat coronavirus.

Anup Thakur, president of Hoteliers Association Kullu-Manali, said, “It would bring disaster to the people if the government is really thinking about making Himachal a Covid-19 quarantine centre of the nation. The association opposes this idea. We do not want Himachal a quarantine destination for the nation.”

Vikram thakur, a tourism stakeholder in Kullu district, said the proposal of the Chief Minister would spell doom for the people of the state, who were already scared of increasing Covid-19 cases in the past few days.

Event those associated with tourism industry here in Kullu-Manali have opposed the idea of Jairam Thakur giving boost to tourism by making Himachal a Covid-19 quarantine centre for nation. They said that this would bring disaster to the people of the state