As the battle to fight Coronavirus goes on unabated, some realistic and some non-realistic scenarios are being painted for the Indian economy. Most of the industry is under lockdown. It is time to take a matured, informed and dispassionate look at the whole economic scenario instead of everyone becoming a prophet of doom. It will be wrong to put all industries, irrespective of their sector or size, together to study the economic effect of Coronavirus. It may be more prudent to focus on each sector, keeping size of the industry in mind to assess how it may be affected. Two main issues that are engaging everyone’s mind are the payment of wages to employees during lockdown Part 1) and bringing the industry to full speed again (Part 2). For organised sector, in principle there should be no problem to pay wages for a few months of lockdown to employees. It is more a mind-set problem than any real cash or revenue crunch issue. A couple of examples would be in order to drive home a few points.

It will be worthwhile to start with the biggest player in industry to see where it stands and there is none bigger than Reliance group. For FY 18-19, the consolidated group revenues were Rupees 6.33 lakh crore with a net profit after tax of Rs 39.60 thousand crores. It has close to 200,000 employees whose wage bill was about Rupees 6,000 crore which is less than 1% of reported revenues. The general reserves of Reliance Industries alone were over Rupees 2.25 lakh crores. It may be safe to assume that the group figure would be much higher. The group paid a dividend of Rupees 4,300 crores for FY 18-19 including tax. The moot question is will it make a difference if the net profit after tax was Rs 33.60 thousand crore instead of Rs 39.60 thousand crores? Logically it should not matter at all. The difference of Rs 6,000 crore would be sufficient to meet wage bill of all employees for full one year. The monthly wage bill would only be about Rs 500.00 crore. Surely a company of this magnitude can pay its employees, in such hard times, for a month or two even if its revenues take a sharp dip during these months. That is the least such companies can do for employees who were responsible for generating huge profits for past many decades. A similar case can be made for most of the other large companies in the country with revenues and profits running into thousands of crores.

Next it may be prudent to analyse a mid-level company in manufacturing sector. Havel’s India is one such company. For FY 18-19 it reported a consolidated revenues of Rs 10.10 thousand crores and a profit before tax of Rs 1,115 crores. The total employee figure stood at 6,536 and their monthly wage bill is about Rs 70 crores. Surely even such companies can pay their employees for a couple of months without much ado on same logic as above. Does it matter if profit dips for a year or is even zero as long employees are looked after and factories can resume full production once things normalise? Frankly one would be tempted to carry this logic further to even smaller companies in organised sector that are profitable as most of such companies could definitely meet the employee wage bill for a couple of months at the cost of reduced or even no profits. 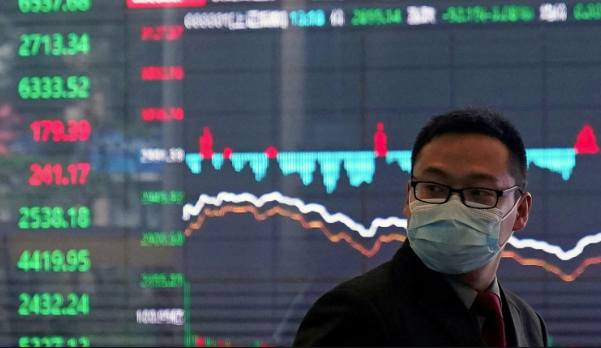 Agricultural sector is mainly a seasonal employer. If the current crop that is ready for harvesting can be harvested then there may not be any wage payment problem as long their produce can be sold in markets to government and private buyers. The government will do well to be proactive in this regard and release payments in time for all purchases. It goes without saying that restrictions in this sector would have to be lifted at an early date.

Sectors like aviation and hospitality that are affected more seriously and for a longer duration of time will face more problems than most others. Unfortunately these sectors are also heavy employers in terms of numbers. In some service sector industries like business consulting, call centres, logistics and courier services, employee wage bill can be as high as 70 – 80% of total revenues. Salary cuts in such sectors may be inescapable, last longer and activated earlier than other sectors. One can certainly expect some employee layoffs selectively in such sectors till things normalise.

Small sector where most businesses are owner driven, with turnovers below fifty crores or less, will face serious challenges unless they are engaged in addressing a niche need of any particular industrial sector. These establishments do not have the luxury of huge revenues and profits. Many of these may have to shut shop unless the owners can pump in more capital from their personal money or capitalise reserves if held in liquid form to meet the wage bills. In case of micro businesses like restaurants, contractors, self-employed the problem will be even more severe. In most cases they operate on revenues generated on monthly, or in some cases, even on daily basis. If they shut shop then layoffs will be an automatic fallout. This is where government needs to focus on top priority to minimise closures and resultant loss of jobs.

While there can be no one solution for all, a few measures could help most. To meet salary expenses for the period where revenues may be stressed, businesses could consider a variety of options to raise money for wages. Companies could consider reducing dividend payments and capitalisation of reserves held in liquid form. Salary cuts for a few months and reduction of yearly increments will go a long way in tiding over this difficult period. It will be necessary for companies to control wasteful expenditure and quantifying savings achieved during lockdown on expenses like power, travel, transport and other routine operational expenses. In some cases there are some government sops also on the anvil. Benefits from same must be used, at least partially, for employee wage payment. What is important is that companies must maintain transparency, play fair with employees at all levels and keep a positive outlook. It is important that at such critical times, all individual and organisations have to contribute towards the wellbeing of the nation in some way or the other.