Manali: Working against the vagaries of the weather, engineers of the army operated Border Roads Organisation have opened the road over the 13,050 high Rohtang Pass to connect Lahaul valley, three weeks ahead of schedule.

“Snow blizzards, freezing temperatures and frequent triggering of avalanches at Rahala Fall, Beas Nallah and Rani Nallah did delay the operations, but the snow clearance teams kept on working relentlessly day and night with all Covid-19 precautions to provide relief to the residents of Lahaul valley,” said Col Uma Shanker Commander of 38 BRTF..

The snow clearance operation for the opening of Rohtang Pass (13,500 ft) is carried out every year as the pass remains snow-bound for almost six months – from mid November to mid May. Ladakh has two access roads — the 475-km Srinagar-Leh road over the Zoji-La and other is the 477-km Manali-Leh road via Rohtang Pass on the eastern Pir Panjal range of the Himalayas and experiences 30-40 ft of snow every year.

Last year, the Rohtang Pass was kept open till December 12, 2019. The complete valley remains dependent on air maintenance for any external logistics supplies during winters. 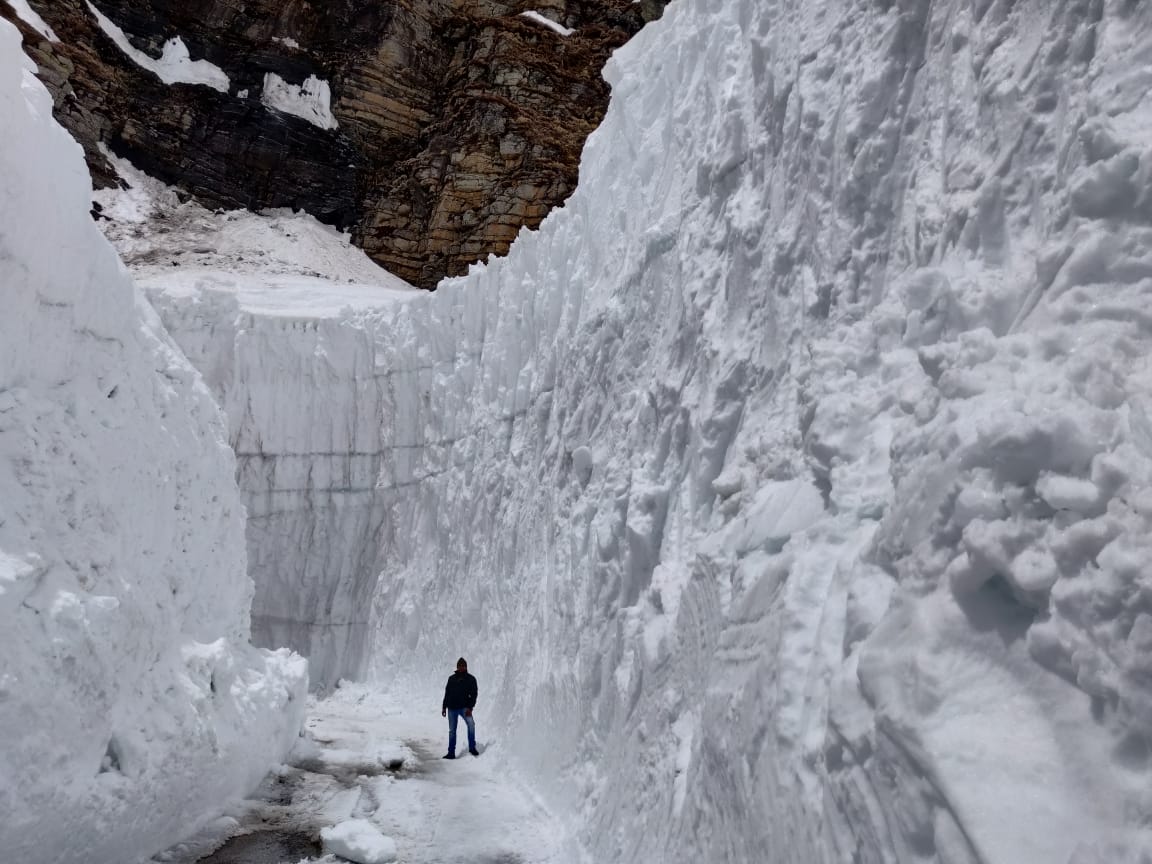 Ram Lal Markanda, a minister, on Saturday led the first convoy of vehicles, guided by BRO engineers, carrying about 150 farmers and essential supplies for Lahaul valley, over the Rohtang Pass to operationally declare the pass open for the year.

The Rohtang Pass being opened for traffic three weeks in advance as compared to previous year has brought relief amongst the local population. It will facilitate the Centre and state government to bring much needed relief material and medical supplies for the local population. Also, the agriculture activities which are the backbone of the district can now recommence.

The ongoing work on the 8.8 km long Atal Tunnel below the Rohtang Pass was also delayed when the lockdown came into force. Since the construction of the tunnel is at a critical stage, proactive measures were taken to recommence the work in active coordination with the state government.

The Manali-Leh axis is also crucial because all major troop movements, including those of units deployed across various sectors in Ladakh, for example, at Siachen and along Line of Actual Control, are conducted along the road.

This axis has got three important passes — Rohtang pass, Baralacha La and Tanglang La. The opening of the Rohtang Pass earlier than usual gives additional time to move both military and civilian stores and supplies into Ladakh and Lahaul.