Nature is striking back and may kill many more than the bubonic plague and the Spanish flu, primarily because of our burgeoning population and changed life styles.

It took a microscopic, invisible virus to expose the wasteful, predatory and unsustainable life style we have evolved- exposing the arrogance of a species which has been around for just about 80000 years, but has already undone most of what nature and a systematic evolution process had achieved in the millions of years which preceded it. Man is the only living thing which has the power to alter its external environment, and we have been at it, with a vengeance, ever since the Industrial Revolution-ravaging our forests, our oceans and rivers, pushing species into extinction, poisoning the air, even cluttering space with more than 5000 objects. All this in the never-ending pursuit of pleasure, convenience, gluttony and greed. Homo sapiens has been behaving as if there was no tomorrow. But the Corona virus has now shown us that ugly tomorrow- one which will be the last if we do not change our lifestyles and frenzy of consumption. Those who die of the virus may well turn out to be the lucky ones. 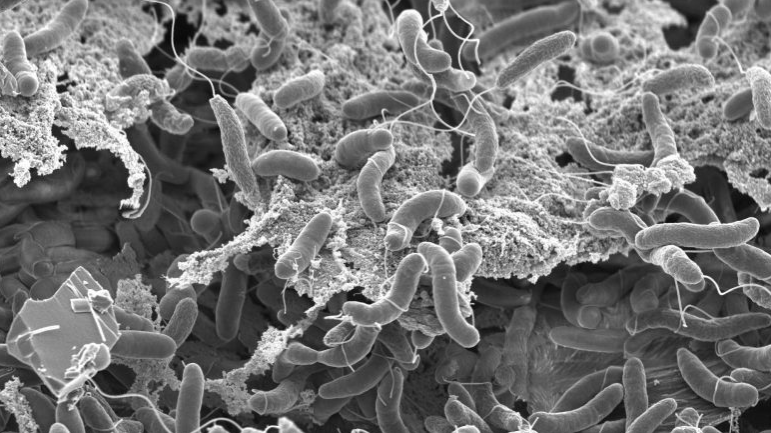 The virus has so far spread to 100 countries, infected 145,000 people and killed about 4500, far less than do malaria, heart attacks, cancer, road accidents. But it has already altered our life styles and caused economic losses like no other affliction has in the past, and generated a fear not experienced before. In the coming months aviation expects to lose a hundred billion dollars, tourism eighty billion ( estimates for India are about two billion dollars if the outbreak continues till the end of the year), the cruise line industry has already lost forty billion. Global GDP growth may be halved in this fiscal. Country after country is walling itself off from the outside world, tens of millions of people have been forcibly quarantined, health infrastructures collapsing, factories at a standstill, markets and roads deserted. Tribalism is taking over. If the panic continues civil strife may not be too far off.

Under the widening onslaught of the coronavirus the brittle layers of our “civilisation” are peeling off , one by one. This is because this was never the way nature intended us to live, nor can the planet sustain this insane consumption of natural resources- eating and drinking stuff brought from thousands of miles away, burning fuel to travel all over the world just to fill our leisure time, emitting green house gases to watch Netflix interminably instead of going out for a walk, stripping the planet’s green cover just so we can build more towns, resorts, airports and golf courses. It takes a while to grasp the horrific extent of our cruelty to the planet and the demands made on it, but some figures of our depredations might help us to understand:

All of this has come at a great cost to the planet’s health. 13.7 million hectares of forests are lost every year. Of the 2 million species of animal life, about 2000 are driven to extinction every year, which is about 10000 times the natural extinction rate: it is estimated that by 2070 on third of all life forms will become extinct. Recent studies have revealed 33 new microbes/ pathogens that had been locked up/ frozen in the glaciers and permafrost in the poles but could now be released because of the melting of the ice. We have no resistance to them and scientists have no idea what effect they could have on us if they become active. Water wars are just around the corner.

The Corona virus has shown that we need to reinvent our exploitative and inter dependent models of trade and commerce, to REDUCE and DE-GLOBALISE consumption, especially of non-essential goods and products. If India had manufactured its own APIs, automobile components and smart phones, if the western world had produced its own computer chips and lithium batteries, if we ate local beef instead of importing Wagyu beef from Japan, got drunk on our own liquor instead of fixating on Scotch from Scotland or Champagne from France, vivisected our own fish instead of carting in caviar from the Caspian sea- in short, if countries had relied on local products instead of becoming over dependent on goods from China, Japan, South Korea and each other, this kind of global economic panic may not have assumed such alarming proportions. Products should be manufactured where the raw materials, essential inputs and markets are available and not where taxes are lower: the planet is more important than corporate profits. Supply chains should be local. Travel locally for pleasure and tourism, not to far away exotic destinations just because you can afford it; this has already begun to happen- a recent BBC report has revealed that in the last one month domestic tourism in Europe has gone up by 20%, even as international tourism has all but collapsed.

Some of the beneficial effects of this Corona induced imperatives are already becoming evident: China( the world’s biggest polluter) has never seen bluer skies this century, with a 25% drop in CO2 and nitrogen oxide emissions, fossil fuel consumption across the world has reduced significantly with oil demand expected to come DOWN this year, the first time in ten years: industry sources predict that the expected demand for 2020 will be reduced by as much as 365 kilo barrels per day, back to 2011 levels. China has imposed a complete ban on all trade in wild life, and since it is the main driver of this trade, this will have a huge effect on saving many endangered species. Non-essential travel has been heavily truncated: one estimate states that between January and April this year global airline capacity fell by 40.8 million seats. As the virus continues to spread around the globe more quarantines will occur, more work outages, more flight cancellations, more production losses. Millions will face hardships, but these will have been caused as much by our unsustainable life styles and economic models as by the virus. The planet will, however, become a better place to live in, albeit temporarily.

The corona virus crisis is where the concerns about global warming and sustainable use of natural resources converge. To overcome this virus- and others that will inevitably follow- homo sapiens will have to make fundamental changes to the way we work, eat, recreate, travel, socialise. Advances in technology can help us to make these changes: work from home instead of commuting, use Skype and tele conferencing instead of jetting around the world for meetings, avoid exotic foods from far away places, eat and travel locally, do not succumb to the retail therapy of non-essential spending promoted by mindless shopping frenzies such as Black Friday, Cyber Monday or End of Reason sales. Governments should also do their bit by incentivising such behavioural changes and disincentivising practices to the contrary.

Nature is striking back and may kill many more than the bubonic plague and the Spanish flu, primarily because of our burgeoning population and changed life styles. It is not as yet cruel, however, compared to our standards: we kill 1300 of our fellow citizens every day. So let us not blame the virus but learn to live with Nature, as our ancestors did. If we were to consider the whole thing dispassionately and clinically the corona virus is the best piece of news for planet Earth in a long time. It is not a disaster, it’s a wake-up call. We can either wake up now, or hit the snooze button and go back to the neolithic age.