Antardhwani- The inner voice have been now officially selected for Rajasthan Film Festival. The film has already been well applauded by audiences previously in Cannes film festival, Guwahati and Wind International film festival. The film is giving many reasons to the makers to celebrates its success as its been doing well in the festivals. 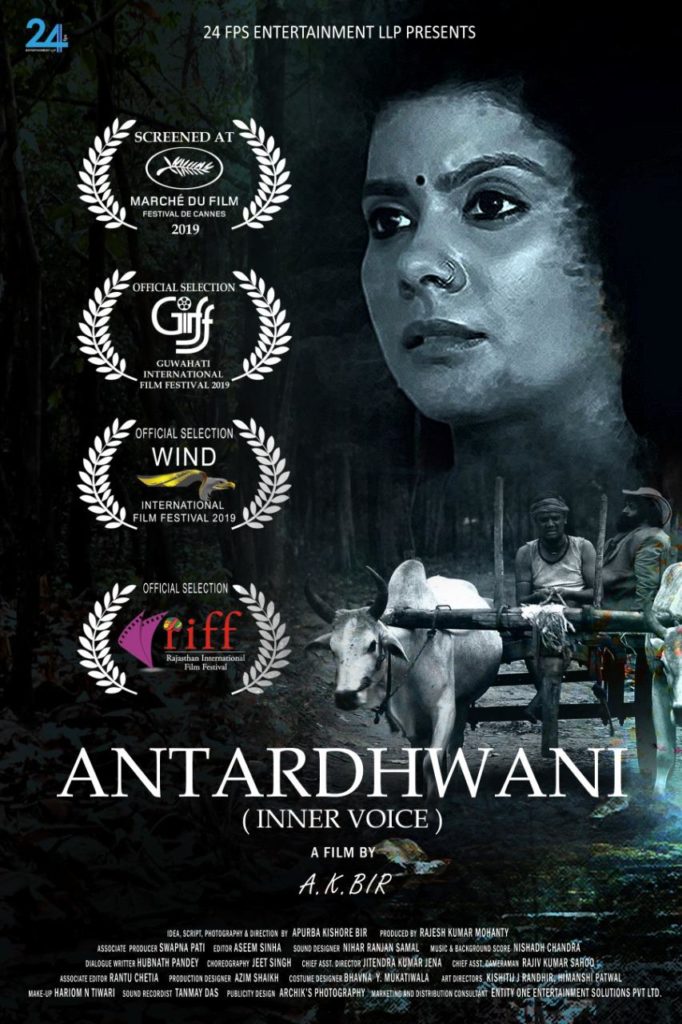 Elated with the response, Producer Rajesh Mohanty announced with pride that the film is completely shot in ‘Natural Light’ adding that the hero in the film is the Jungle and its natural surroundings. The human psyche is represented by the jungle as a metaphor, in which the incidental drama in relation to the response of the mental character gets unfolded.
The film has Gaurav Paswala, Swapna Pati and Talwinder Singh in pivotal roles. Antardhwani is directed by Apurba Kishore Bir, an award winning filmmaker.
Antardhwani’s story revolves around Shantanu and Shalini who are very close friends with endearing attachment to each other. With sudden disappearance of Shalini, Shantanu’s mind wanders in desperation as he sets out on a struggling journey which questions the moral and ethical aspect of his intention to find Shalini.