There has been a lot of discussion on the subject of rewriting Indian History in the last one year. Current government has made no bones about its intention to do so as it feels that most of the history written in last 900 years does not do justice to India and Indians. It has been mostly recorded from point of view of British and Muslims who ruled India for centuries. The recent history, dealing with Indian freedom struggle and post-independence era, has a visible Congress bias since they were in power. This, in opinion of the government, has resulted in a lopsided view of Indian History where some deserving events and names have been purposely missed out while a few have been given more than what was actually due to them.

There is no doubt that most history across the world has been written with a strong bias towards the victor and those in power. History of World War two is perhaps the best example where mainly British and Americans have been glorified and credited with achieving victory over Nazi Germany. Contribution of Russian and Indian war effort as partners of Allies has never been represented in its correct perspective. Western historians fail to concede that perhaps the turning point of second world war was the defeat of Nazi armies in Russia where they not only lost hundreds of thousands of soldiers but also a large part of their war machinery and equipment. Similarly, Nazi thrusts in Africa, Italy and along borders of France were mainly blunted by hundreds of thousands of Indian soldiers drafted in the British army. Same was the case in South East Asia against Japanese where Indian soldiers were sent to the front lines after British soldiers in Malay and other parts capitulated against Japanese onslaught.

By definition history is a continuous, systematic narrative of past events relating to a particular people, country, period, person, etc. It is written in a chronological order. It is important that history per se must be a true and factual record of events as they happened. This implies that history must record all the good, bad or ugly that may be associated with any period of time, event or personality. Opinions, perceptions or commentary on history and historical events should not be construed as history as they will vary from individual to individual. 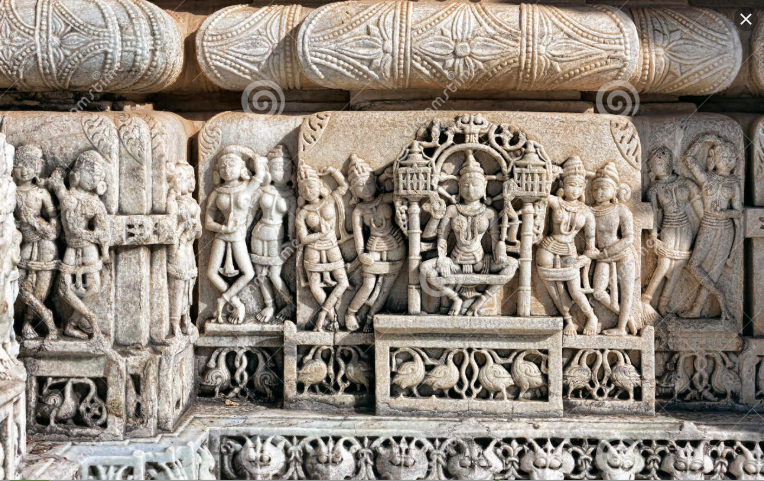 Indian History can be divided in five broad periods – Vedic period from 6,500 BC to 1,000 BC, Golden period from 500 BC to 800 AD, Muslim period from 1,000 AD to 1,700 AD, British period from 1,700 AD to 1947 AD and finally the period after independence in 1947 which may be termed as contemporary History of India. The first two periods from 6,500 BC to 800 AD have a lot of gaps and the available history is rather sketchy. Without a doubt there is a need to fill the gaps and add more details where available. Most of this period relates to times when India and Indians were way ahead of most of the world in terms of development, civilization, arts and crafts, knowledge and civic administration. It is imperative for the nation to set the record straight. This will help to educate not only our own future generations but also rest of the world  in highlighting and recording the contribution of India in various fields.

Muslim and British periods, as also contemporary history of India, are fairly well chronicled and documented. Muslim and British period history is written mainly from their perspective as most historians were commissioned by them. Therefore, Indian perspective is missing and hence the need for correction and addition of details where required. History related to Indian freedom struggle does appear to be loaded in favour of Congress. It is all about Nehru and Gandhi while contribution of others like Sardar Patel and a host of others has been minimized. Those who were part of the struggle but disagreed with Congress, like Subhash Chander Bose, appear to have been given a short shift or villainized. Lastly, contemporary history since 1947 is heavily biased with role and achievements of Congress party and its leaders being overstated while their follies have either been down played or omitted.

Today’s history books describe Akbar as one of the greatest emperors of Mughal dynasty and he is referred to as ‘Akbar the Great’. Will rewritten history continue to describe him as ‘great’? How will Raja Man Singh, the brave and highly trusted Rajput commander of Akbar’s armies, who helped Akbar to extend his empire in India be portrayed? Can he be forgiven for fighting with Maharana Pratap in the battle of Haldi Ghati on behalf of Akbar?  In more recent times we have Subhash Chander Bose who raised an armed revolt against British much to the dislike of Gandhi, Nehru and Congress as a whole? Will he be the new champion of India’s struggle for independence in place of Mahatma Gandhi? What about Lord Mountbatten whose dubious role during partition of India in 1947 leads to a lot of uncomfortable questions? Today, in hindsight, there are a lot of question marks on many decisions that were taken by Gandhi and Nehru, both during the struggle for independence and later in the initial years after independence. Will revised history vilify them for their mistakes? Will some of these historical figures lose their exalted status and be portrayed as villains instead?

What needs to be discussed is what should be added, what should be rewritten and what needs to be omitted from Indian history as it is available today. If one were to go by some political statements of leaders of BJP, it would appear that they wish to remove a lot of Mughal and British period History as it is not very flattering for Indian society. The state of Karnataka is already taking steps to delete Tippu Sultan from their History books. Indian history, as it stands today, describes him as a brave ruler who refused to bow to British and portrays him as a tolerant king in matters of religion. But today many assert that he was a bigot who converted thousands of Hindus to Islam forcibly and committed atrocities against them. How will the revised or rewritten history portray him? Will his fight against the British, as part of Indian freedom struggle, be forgotten in the quest to portray him as a bigot and an enemy of Hindus? Ideally history should record both aspects as long as they are factual instead of removing any reference to him from history books.

It is important to understand that history is about past and past cannot be undone. If that be so then it is logical to include all that happened during a period of time irrespective of whether it looks good or bad in today’s context. History is not only about eulogizing past events or heroes. It is also about understanding why something that irks us today happened in that period. Today as Indians we may feel bad about why Mughals or British ruled us for centuries. But what is more important here is to understand why we were subjugated and what went wrong in our own Indian society that foreigners could lord over us, treat us like slaves and dirt for nearly one thousand years. We must be inquisitive about why Hindu rulers could never get together to fight the enemy? Why did we always have some in our midst who sided with the enemy to ensure defeat of their own? Why did such turn coats forget that the very enemy whom they were helping would finish them off too once their utility was over?

Thus, it is important for history to be recorded in an unbiased and objective manner. It must not pander to selfish interests of those in power or those who are charged with writing it. It will be foolish to delete events or periods that today we may be ashamed of or feel guilty about. Any move to delete parts of factual Mughal or British or contemporary history would be counterproductive. It is important for future generations to reflect and learn from mistakes made by their forefathers. What should be done is to complete our history by adding what is missing or rewriting what is factually incorrect. The valiant struggles of Guru Gobind Singh or Maharana Pratap during the Mughal period or those of Rani of Jhansi in 1857 against the British must be chronicled in all their glory and detail instead of giving them a passing reference. There are many missing links in History of India like the Ahom dynasty in Assam which ruled uninterrupted for nearly six centuries from 1,228 to 1826 AD but hardly finds any mention in history books. Same is the case with many kingdoms of Southern India like the Cholas and Pandya whose continuity for centuries or exploitation of foreign lands needs to be highlighted and understood.

No government, irrespective of which political party runs it, can be trusted to be objective and unbiased in writing history. Given the situation in our country today, any move to change anything in history as it stands today will give rise to a fierce, and mostly meaningless, political debate. The task therefore must be entrusted to an eminent panel that draws on best available minds in the country. It must not have any political representation. They must be tasked to chronicle history as it happened and how it happened with logical deductions. They must avoid adding any personal commentary, interpretations or perceptions. Let the later be reserved for the reader who reads it.

History of our nation must convey one clear message to every Indian irrespective of his current caste, creed or religion. While India may have had the misfortune of being invaded by Mughals or British, they were not ‘us’ by any stretch of imagination. They came to loot our wealth and exploit our fragmented society. Their rule in India was an aberration in our history and a failure on part of our society to present a combined front. While these invaders and their rule over us is part of our history, they or their ways cannot be part of our heritage. Indian heritage is all about what was Indian, is Indian and our culture that has evolved over the centuries to represent our Indianness. Anything that is alien to India and Indian culture, may be part of our history, but cannot be part of our heritage.