New Delhi: – Sustained business reforms over the past several years has helped India jump 14 places to move to 63rd position in this year’s global ease of Doing Business rankings. India put in place four new business reforms during the past year and earned a place in among the world’s top ten improvers for the third consecutive year, the World Bank Group’s Doing Business 2020 study says. Last year India was ranked at 77.

The latest reforms are in the Doing Business areas of Starting a Business, Dealing with Construction Permits, Trading Across Borders and Resolving Insolvency.

In Doing Business 2020, India along with other top improvers implemented a total of 59 regulatory reforms in 2018/19—accounting for one-fifth of all the reforms recorded worldwide.

“India’s impressive progression in the Doing Business rankings over the past few years is a tremendous achievement, especially for an economy that is as large and complex as India’s. Special focus given by the top leadership of the country, and the persistent efforts made to drive the business reforms agenda, not only at the central level but also at the state level, helped India make significant improvements,” said Junaid Ahmad, World Bank Country Director in India. “The focus now needs to be on continuing this trend to maintain and improve its ranking.”

The establishment of a modern insolvency regime in 2016 as part of a comprehensive strategy to reform corporate law paved the way for gradual increase in the number of reorganizations, despite some implementation challenges. As a result, the overall recovery rate for creditors has jumped from 26.5 to 71.6 cents on the dollar. India now is by far the best performer in South Asia on this component and does better than the average for OECD high-income economies. 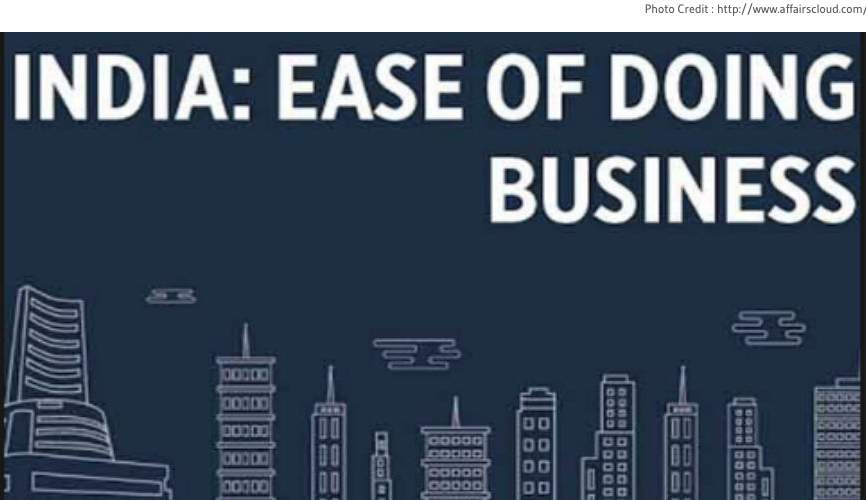 Completing the procedures required to build a warehouse now costs only 4% of the warehouse value. Building quality control measures were also improved, and now only six economies in the world score better than India’s 14.5 out of 15 on this index.

Importing and exporting became easier for companies for the fourth consecutive year. With the latest reforms, India now ranks 68th globally on this indicator and performs significantly better than the regional average. The time necessary for the logistical processes of exporting and importing goods has been significantly reduced.

While there has been substantial progress, India still lags in areas such as enforcing contracts (163rd) and registering property (154th). It takes 58 days and costs on average 7.8% of a property’s value to register it, longer and at greater cost than among OECD high-income economies. And it takes 1,445 days for a company to resolve a commercial dispute through a local first-instance court, almost three times the average time in OECD high-income economies.

Business reforms implemented by India over 12 months to May 1, 2019