The criminal justice system is based on an implicit four sided contract: the legislature shall pass the laws, the judiciary will interpret them, the people will observe them, and the police will enforce them. This contract appears to be breaking down in India because the law enforcers( the police) in an increasing number of cases is refusing to abide by the judiciary’s interpretations of some critical laws. The lower courts too in an increasing number of cases are failing to exercise the diligence to check this tendency.It would suffice to refer to three of them- Sec. 124A of IPC ( sedition), Sec. 306 of IPC( abetment of suicide), and Sec. 66A of the Information Technology Act( restrictions on on-line speech and content)- to prove this point.

The sedition law is perhaps one that is most being misused by the executive to serve its political and ideological ends. Ever since the Kedar Nath Singh case in 1962, which first read down Sec. 124A, the Supreme Court has repeatedly ruled that the mere raising of slogans, writing of articles or even possession of pamphlets does not constitute the offence of sedition ( Balwant Singh 1995, Common Cause 2016). It has stated unambiguously that Sec. 124A is attracted only if there is a clear and immediate incitement to violence, or actual violence, “ or the tendency or intention to create public disorder.” In the absence of these ingredients all free speech is guaranteed by Article 19(1) of the Constitution. In Balwant Singh it held that even the mere raising of  “Khalistan Zindabad” slogans did not amount to sedition. 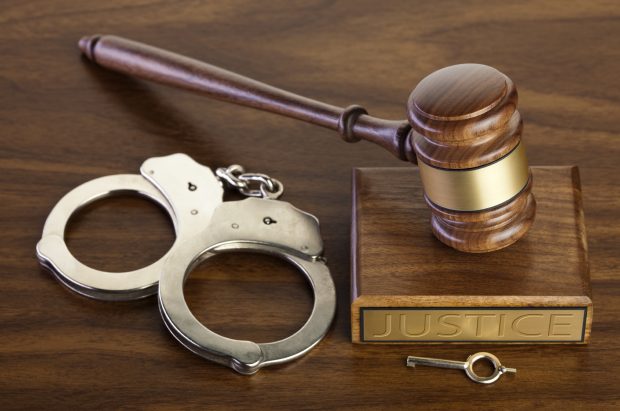 And yet the executive/ police keep on registering sedition cases and arresting people voicing anti-government opinions. The Congress had arrested the cartoonist Aseem Trivedi in Mumbai; earlier this year three intellectuals have been charged in Assam for criticising the Citizenship Bill, the BJD in Orissa last year arrested a journalist for daring to speak against the state govt., in January the Delhi police have charge sheeted Kanhaiya Kumar and nine others for raising anti-India and pro- Kashmir slogans in JNU, and on February 11th UP police have lodged sedition cases against 14 students of Aligarh Muslim University after a scuffle with some ABVP activists. It has been reported in the media that in UP alone 150 sedition cases have been registered in the last few years. From all reports appearing in the public domain so far none of these cases come within the definition of sedition mandated by the SC, but this has not deterred the police from going ahead. According to a news report based on MHA statistics 179 sedition cases were registered between 2014 and 2016; the number of convictions was only 2! The figures speak for themselves, and what they are saying is that the intention of the govt. is not to convict but to harass and persecute through our tortuous judicial process.

It does not help the cause of free speech when High court judges themselves consider books such as Tolstoy’s WAR AND PEACE a seditious piece of writing ( an obiter dicta by an Hon’ judge in Maharashtra just this week in the Koregaon trials).

The misuse of Section 66A of the Information Technology Act is just as pronounced, even though the Supreme Court had struck down this section too in the Shreya Singhal case( March 24, 2015). The court held that this section was violative of Art.14 ( equality before the law), Art. 19( freedom of speech and expression) and Art. 21( right to life and personal liberty). And yet it is employed freely by administrations to stifle dissent or settle personal scores:  the legal data site Indian Kanoon has listed 45 cases between just January and September 2018; a petition in the SC claims that 22 persons have been arrested since 2015. A typical example is that of one Zakir Ali Tyagi of Muzaffarnagar( UP) who was charged and arrested under this section in April 2018 for posting on his Facebook page that the UP Chief Minister had 28 cases registered against him! He is currently out on bail but the case continues.

In fact, so pervasive and widespread has this blatant misuse and illegality become that on 7th January of this year the Supreme Court, acting on a PIL by PUCL( People’s Union for Civil Liberties) even threatened to arrest govt. officials for violating its orders and continuing to harass people by foisting this section on them!

The law pertaining to abetment of suicide ( Section 306 of the IPC) provides another fertile ground for the police to demonstrate their disregard for settled law. Both the SC and various High Courts in a plethora of judgments have laid down the essential ingredients that can constitute abetment. They have ruled unambiguously that the mere naming of a person in a suicide note is not enough to infer the offence; there has to be mens rea to commit the offence; for the charge to be made it is necessary that the accused should be    “instigating a person or intentionally aiding a person to commit the act.” In fact in one case ( Madhav Rao and others vs. state of Haryana, June 2018) the Punjab and Haryana High Court has gone so far as to say that “ another person cannot be blamed for the wrong decision taken by a coward, fool, idiot, a man of weak mentality, man of frail mentality.”

And yet, all over the country, dozens of people are charged, and arrested, for abetment without any evidence, merely because they are named in a suicide note or accused by the next of kin of the deceased. An irresponsible media  exerts pressure on the police to act.  School teachers are arrested because they scolded a pupil who then killed himself, employers because they took some action against an employee, men because their refusal to marry someone prompted the latter to take their lives. In the most shocking such case in Noida in December last year one Swaroop Raj, an executive in a multi-national company, was accused by two female employees of sexual harassment. An Internal Complaints Committee was set up to enquire into the matter and Raj was placed under suspension. He went home and committed suicide. On his wife’s complaint the Noida police registered a case of abetment of suicide against the two lady complainants and members of the ICC. Not only does this fly in the face of the SC ruling, it is also a major set back against efforts to ensure the safety of women in their work places: it will seriously discourage women from coming forward to complain about inappropriate behaviour by male colleagues. The issue here is not whether the molestation complaint against Raj was correct, for that is something the ICC to adjudicate on. The objection is to the hasty and knee jerk over reaction of the police: making a complaint to the rightful authority can in no way be construed as instigating a person to kill himself or aiding in that act.

In a more recent case, on 1st August 2019, a 25 year old marketing executive in Gurugram killed herself because her boyfriend refused to marry her. She did not leave behind any suicide note or accuse him, but her parents did. A case of abetment to suicide has been lodged against him, without any evidence whatsoever. This in spite of the fact that it was this boy friend who had called the police station the same day to warn them that the woman might commit suicide after an argument with him!

Such instances of disregard of even Supreme Court and High Court rulings appear to be on the rise, and it does not bode well for our criminal justice system. But the onus to correct this does not lie on the police alone, the trial courts too have to accept their fair share of the blame. For it is the lack of scrutiny by them of the charge sheets/ complaints that allows such cases to be admitted for trial; they fail to act as counter checks on the police. Sometimes they even entertain such frivolous and baseless( in law) complaints directly, as in the instance of a West Bengal judge issuing an arrest warrant against Shashi Tharoor  for having stated, 18 months ago, that India was becoming a Hindu Pakistan. The warrant has been stayed by the High Court on the ground,inter-alia,that it is without jurisdiction.

The police/ prosecution agencies may claim ignorance of the law but surely the courts cannot be allowed this privilege. It is indeed time for the higher courts to carry out the threat held out by the apex court- hold such police officers and even trial judges to account for contempt. That at least would be legal