You’re not going insane, dear reader, the world (more particularly, India) is. It needed the prescience of a Lewis Carrol to express our current perplexity in these words from “Alice in Wonderland”:

You don’t? Well then, just consider the nonsense that has been playing out over the last  week or so on our march towards a five trillion economy and a one messiah polity.

It began with a Congress triumverate of Abhishek Singhvi, Jairam Ramesh and Shashi Tharoor heaping encomiums on Mr. Modi for the “good work” done by him, in a reversal of the Mark Antony elegy over Caesar’s body: “I come to praise Narender, not bury him.”  OK, not bury, but they could at least have waited till he attained the Margdarshak age. The nation is now a-twitter with speculation: do the three penitent confessors have a 10/10 vision that they could see “good work” when most of us can only see the ruins of an ancient civilisation, are they preparing to jump ship a-la Mr. Hooda in Haryana and Mr. Scindia in MP, are they holding out the white flag or the white feather?

None of the above, I believe. The truth probably is that the three (all urbane, polished, articulate Parliamentarians with a combined IQ in excess of the NDA’s bench strength in Parliament) think they are boxing by the Queensberry rules while Mr. Modi is doing a WWE bout where the only hold that is barred is holding anyone worthy of any respect. Only this misconception can explain why they have asked people not to “demonise” Mr. Modi when the latter has left nothing undemonised or undemonetised. As the walrus would no doubt have said if he had met Mahatma Gandhi: There is no point turning the other cheek when you’re getting kicked in the backside. Or, as Mr. Shashi Tharoor himself would have put it if he had seen the light: “It is futile to gyrate the buccae when it is the posterior brachial region that is being belaboured.”

Consider next the VC of JNU (Jawaharlal Nehru University) whose eureka moment came one morning in the bathroom when he realised that the mirror image of VC is CV! Elated, he decided to ask Romila Thapar to furnish her CV in order to continue as Professor Emeritus. Immobilised by his own intellectual rictus, he forgot that she was India’s leading historian, had taught in JNU for 20 years,had published more books and papers than he had read, was a winner of the Kluze prize. Most important, he did not seem to know that a PE is not a job but an honour, and that the honour is entirely that of the university. It’s a strange world where Education Ministers don’t have degrees but a Professor Emeritus has to submit a CV to a VC. It is under such VCs that our universities have become the” slaughter houses of intelligence” and are being reduced to a binary: a slaughter house or a gaushala. Ms Thapar, I hope, voluntarily resigns her position- there is no longer any honour being a Professor Emeritus of an institution presided over by such time servers.

But all is not lost: there is some good news from Ulta Pradesh. If the District Magistrate of Mirzapur is to be believed (notwithstanding that villainous cap he wears on TV), in UP these days they are serving five course banquets for the school mid-day meals! That at least was his anemic explanation to rebut a video which showed the poor waifs being given only dry rotis and salt. He said that the other dishes were to follow when the journalist shot the video prematurely- the roti and salt was just the apertiff. And this two days after he had suspended the school staff for what is clearly embezzlement of mid-day meal funds. The journalist, of course, has been arrested for not waiting for the main course. The DM was being true to his salt and masters but my question is this: what kind of training do they impart to the IAS these days? In our time we were taught to lie with more intelligence and conviction, our untruths were more credible-obviously, all is not well at the Academy in Mussoorie.

Rounding off this crazy week, I am happy to see that doctors are finally getting a taste of their own medicine. We spend most of our unhealthy lives trying to read their illegible prescriptions, wondering whether our dysfunction as recorded in the prescription is tactile or erectile, whether the gastric condition is due to corpulence or flatulence, whether the prescribed medicine is Allegra or Viagra. So it was only poetic justice when a senior cardiologist in Delhi was summoned by the NIA to explain why he had sent a text message to the jailed Yasin Malik stating “Value INR 2.38.” The NIA, expert at cracking arcane codes, was sure it referred to a payment of Rs. 2.38 crores for terrorist activities. Turned out that the good doctor was simply conveying the result of a blood test, INR being  “International Naturalised Rate”, being the time it takes for blood to clot! Hope the medical fraternity now reads the writing on the wall- an illegible prescription or report is now a non-bailable offence, even if the patient survives the treatment. 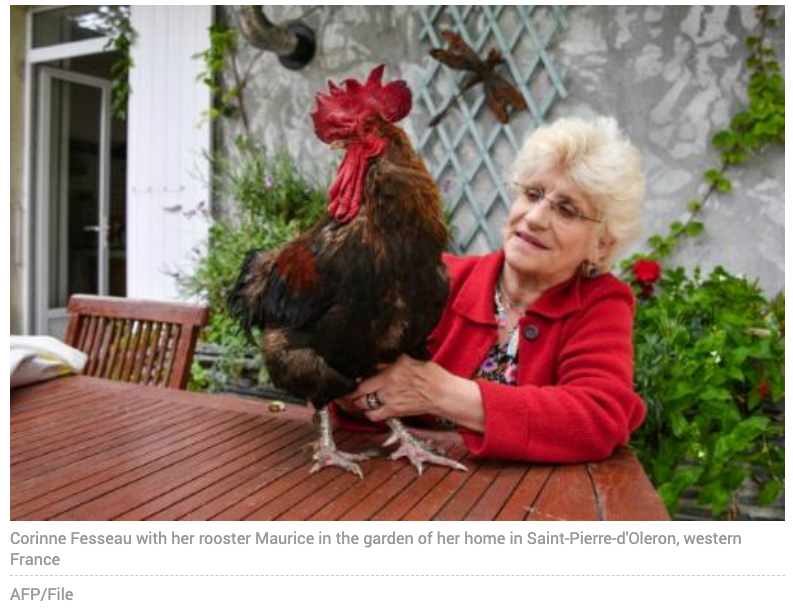 And finally, a rooster in France has just conveyed a resounding message to our government and “independent” institutions. An HT report of 6th September informs us that a rooster named Maurice on the island of Oleron was wont to express himself vigorously and freely every morning. A neighbour, not impressed by this seditious free speech, approached a court for a gag on the rooster. The judge ruled that the said bird had every right to sing whenever it wanted. A huge blow for free speech which, hopefully, our courts will take note of while they dither over the curbs in Kashmir! Last heard, the rooster was cocking a snook at the neighbour with a loud Cock-a-doodle-do. So, dear reader, don’t take everything you read or hear too seriously; as the walrus would have said: My desire to be well informed is currently at odds with my desire to remain sane.