Disease surveillance has to go beyond humans and encompass preventive health and hygiene in livestock and poultry. The concept on One Health would really catch the imagination if the critical importance of animal health in human well-being is underscored time and again

Not too distant in the past, the widespread prevalence of Avian Influenza in the poultry or Bird flu as it got commonly known created nation wide panic resulting in culling of millions of poultry birds.  It was the concern for human health which prompted the extreme reaction and subsequent establishment of protocols for managing the incidence of Avian Influenza; itscontrol and containment is managed quite effectively now.  Similarly, SARS or Severe Acute Respiratory Syndrome emanated in China suddenly in 2003.  Though it vanished soon too, but not before emergency response which included measures as extreme as travel bans and restrictions. In both these cases, as in other such sudden and rapidoutbreaks, fear and panic spread much faster than the virus. The responses from governments were typical: travel bans, quarantines, trade embargo etc.  Besides direct economic losses, there were huge opportunity costs which we are paying till date on account of severe trade restrictions of products of animal origin.However, these events also brought forththehithertoforgotten concept and philosophy of One Health which recognizes the inter-connectedness of human health, the health of animals and the environment.

The World Organization of Animal Health, commonly known as OIE, an acronym of its French title Office International des Epizooties summarizes One Health concept as “human health and animal health are interdependent and bound to the health of the ecosystems in which they exist”.  Circa 400 BC, Hippocrates in this treatise On Airs, Waters and Places had urged physicians that all aspects of the patients’ lives need to be considered including their environment; disease was aresult of imbalance between man and environment. So One Health is not a new concept, though it is of late that it has been formalized in the Health governance systems. As human populations grow and habitats expand, it results in greater human contact with domestic and wild animals providing more opportunities for diseases to pass among one another.  Climate change, deforestation and intensive farming cause further disruption in environment and habitat characteristics.  Increased trade and travel result in closer and more frequent interaction thus increasing the possibility of transmission of diseases.

According to the OIE, 60% of existing human infectious diseases are zoonotic i.e. they are transmitted to humans from animals either through direct contact or through food, water and environment. 75% of emerging infectious human diseases have an animal origin.  Ofthe five new human diseases appearing every year, three  originate in animals. If this is not scary enough, 80% biological agents with potential bio-terrorist use are zoonotic pathogens. It is estimated that zoonotic diseases account for nearly two billion cases per year resulting in more than two million deaths; more than HIV/AIDS and diarrhoea. One fifth of pre-mature deaths in poor countries are attributed to diseases transmitted from animals to humans.  This surely builds a strong case for strengthening the veterinary institutions and services. The most effective and economic approach to protecting human health is to control zoonotic pathogens at their animal source. Not only does it call for close institutionalized and harmonized collaboration at local, regional and global level between the veterinary, health and environmental governance, but also greater investment in the animal health infrastructure. Developing countries like ours have much greater stakes in strong One Health systems on account of small agricultural holdings and mixed farming systems resulting in uncomfortably close proximity of animals and humans. This builds a strong case for health and disease surveillance to incorporate the domestic animals, livestock and poultry too. Humans require a regular diet of animal protein from milk, eggs, meat etc., and protein deficiency is a public health concern. Thus loss of food animal on account of its poor health or disease too becomes a public health issue even though there may be no disease transmission; and we lose 20% of our animals this way.

The size of our human and animal populations is almost the same; 121 crore people as per 2011 census and 125.5 crore livestock and poultry. A network of 1.90 lakh health institutions across different levels in the Government sector form the backbone of health governance. This is further supported by a large number of private health facilities ranging from village medical practitioners to multi-speciality hospitals. On the other hand only 65,000 veterinary institutions tend to the health needs of 125.5 crore animals; and this figure includes 28,000 mobile dispensaries and first aid centres i.e. institutions having bare minimum facilities. Private sector presence in the veterinary services in the country is negligible; closes to being non-existent. Unlike a physician, a veterinarian is always on a house call on account of the logistic challenge of transporting the livestock to the hospital, unless it is the domestic pets that he is tending to. There could not be a stronger case for expanding and reinventing the entire Animal Husbandry sector to be able to reach each and every livestock farmer, not only for disease treatment but for prevention, control and surveillance to minimize the threat to human health. Early detection of diseases and infections at animal source can prevent their transmission to humans and also prevent introduction of pathogens into the food chain. So a robust animal health system is the first and a crucial step in human health. 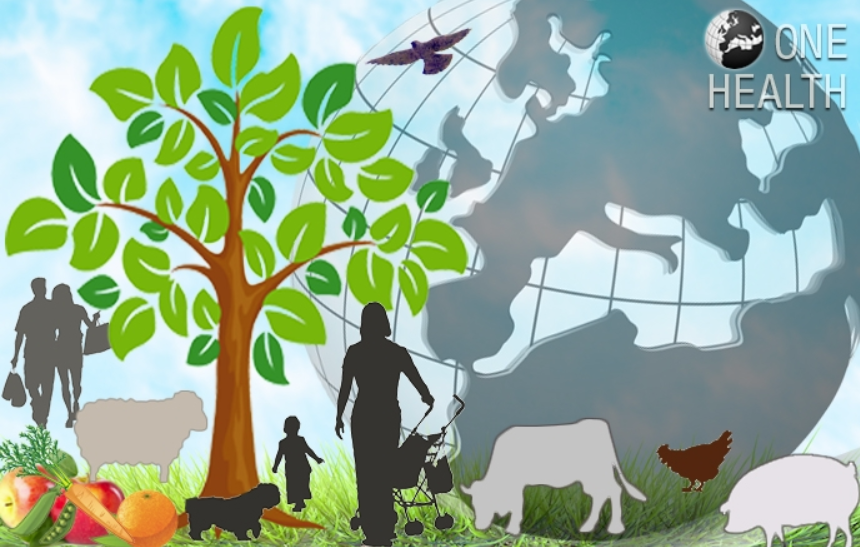 We are slowly but surely moving towards a strong and effective One Health regime establishing collaborative mechanism for joint surveillance and monitoring, strengthening the disease reporting and control programmes. While the institutional mechanism for One Health governance is in place, the concept would really catch the imagination if the critical importance of animal health in human well-being is underscored time and again. Disease surveillance has to go beyond humans and encompass preventive health and hygiene in livestock and poultry; improved standards of Animal Husbandry for greater food safety and effective communication protocols between animal and public health systems.

The World Health Organization (WHO) as a specialized agency of the United Nations was set up in 1948 to direct and coordinate at the global level efforts for attainment of “highest possible level of health” by all and to promote cooperation to control human diseases. Not only is India a founding member of WHO, it also hosted the first meeting of its South East Asia Regional Committee in October, 1948, the very year the organization was set up.That cooperation and collaboration amongst nations to control and contain animal diseases, is a sine qua non for achieving the objectives enshrined in WHO constitution had been prophetically recognized twenty four years earlier i.e. in the year 1924 when OIE,the World Organization for Animal Health was established to fight animal diseases at a global level. Somewhere down the line, animal health got pushed back, more so in developing countries where scarce resources and popular priorities needed a delicate balance. Interestingly, the trigger for an OIE was the unexpected occurrence of rinderpest disease in the cattle in Belgium. The disease was attributed to zebus cattle originating from India and destined for Brazil via the port of Antwerp. So, we have been at the forefront of both these apex global bodies albeit for different reasons. Let us keep ourselves healthy; the man, animal and environment.