The 474 kilometer highway was opened after the road engineers have cut through over 50 feet of snow in several deep narrow valley's on the Keylong - Sarchu stretch. An unusually heavy winter had dumped mounds of snow over the high passes that the highway crosses to get to Leh in Ladhak.

Manali: Seven months after the high altitude highway was closed for all traffic last November, army engineers from Border Roads Organisation have cleared a pathway through heavy snowfields over high passes to announce the road Manali to Leh open.

The 474 kilometer highway was opened after the road engineers have cut through over 50 feet of snow in several deep narrow valley’s on the Keylong – Sarchu stretch. An unusually heavy winter had dumped mounds of snow over the high passes that the highway crosses to get to Leh in Ladhak.

Col Uma Shanker of 38 Border Road Task Force said, “Working in extreme climate and topographic conditions, after over 2 months of hard work we have finally opened the Manali-Sarchu section of the road to open the highway to Leh.”

Earlier the engineers had opened road over 13,000 feet pass at Rohtang on 18 May, providing access to the snowbound Lahaul region.

Working on opening the highway started from Manali side on 25th March.

To provide year round access to Lahaul and Leh, the army has planned out boring tunnels under the high passes. Work on completing the first one – the Rohtang Tunnel, is progressing as the excavation work on the over 8 km long tunnel has been completed. This tunnel is expected to be completed before the onset of winter and would provide unhindered access to much of Lahaul valley.

The hardy people of Lahaul have to stock up rations, medicines, firewood and other emergency requirements well before the passes become snowbound by November.

To meet medical or other emergencies, access to the region in winters is only met by helicopter services that the state government extends.

With the Himachal Government having only one leased helicopter that is also used by the chief minister for criss-crossing the mountainous state, often the essential helicopter sorties for Lahaul get delayed or have to be cancelled. 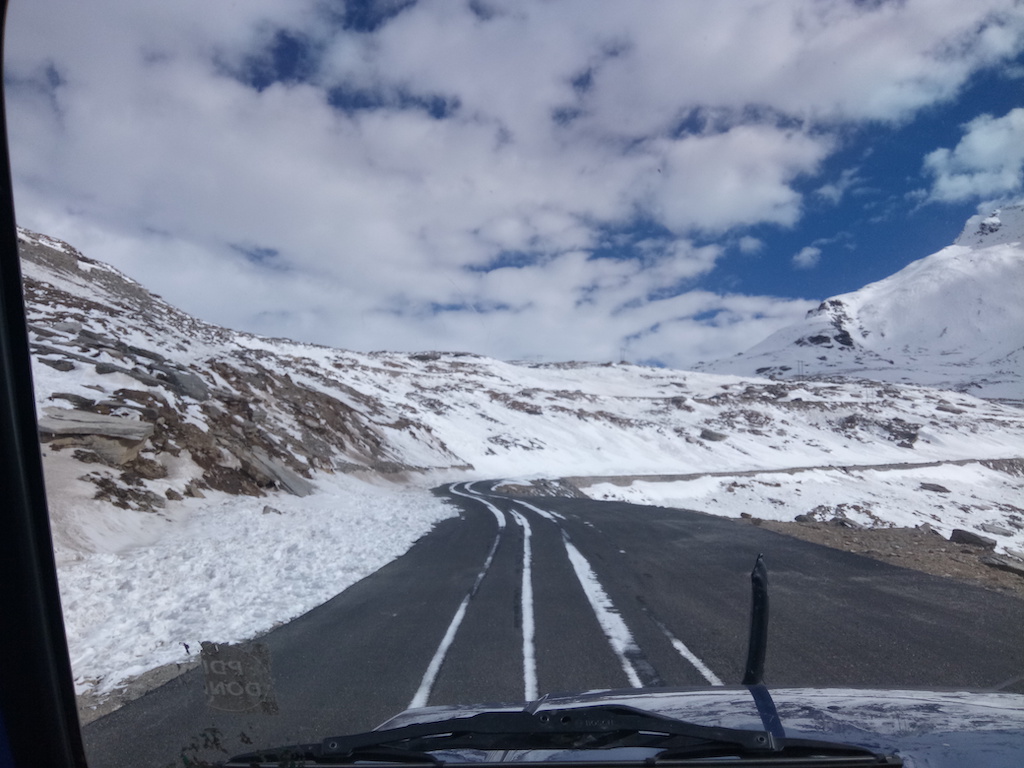 With the opening of the highway to Leh, many adventure enthusiasts undertake motor safaris, mountain biking trips on this high altitude road for the sheer scenic beauty of the landscapes.