Washing machine has been improved upon and today the clean chits come out smelling of roses, the dirt flushed into the holy Ganga and recycled under the Swachh Bharat programme.

I wonder, dear reader, if you too have the same feeling that I’m beginning to entertain of late , viz, that our government has become a gigantic washing machine in which you feed the dirty linen at one end and clean chits emerge at the other? The trial run of this ingenious contraption began with the Bofors case in which, though the resultant chits were clean enough, they still left an ambiguous smell which persists to this day. But over the years this washing machine has been improved upon and today the clean chits come out smelling of roses, the dirt flushed into the holy Ganga and recycled under the Swachh Bharat programme.

Mulayam Singh and Akhilesh Yadav have been given a clean chit in the disproportionate assets case. Mr. Vanzara and his cohorts have been dry cleaned in the Ishrat Jahan and assorted encounter cases in Gujarat. The Quick Wash mode of the washing cycle has removed all the stains from Mr. Ranjan Gogoi’s clothes. It’s taking a little longer for Mr. Chidambram and his son who are in the fourth or fifth washing cycle but I have no doubt they too will eventually emerge lily white. Mr. Modi and Shah too have passed the laundromat test with saffron colours. Mr. Yogi Adithyanath did not even have to go the dry cleaner’s- he installed his own machine in his house and gave himself a clean chit in the various charges pending against him! Other sectors of the economy may be in dire straits but the Clean Chit business is thriving, and this gives economists in the PM’s Economic Advisory Council a lot of hope that even our GDP figures can be similarly white washed. 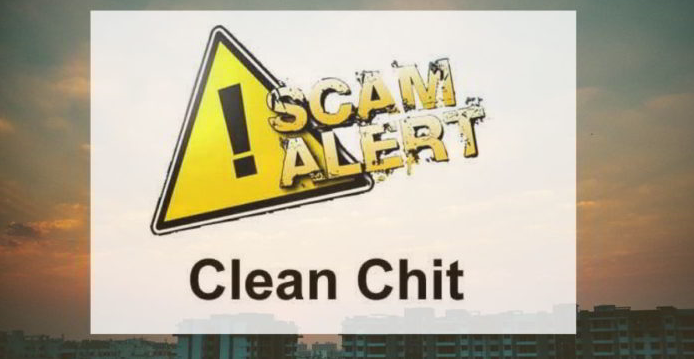 Actually, I am not surprised, for chits are the very essence of government- it would be well nigh impossible to run a government without these ubiquitous chits. They come in all shapes, sizes, colours, with and without signatures. The stupid bureaucrats shred them, the smart ones like Mr. Sanjay Baru preserve them and then make millions by converting them into kiss-and-tell books. In the early 80’s and 90’s chits (called DO’s) enabled the favoured few to get allotments of coal, steel and cement, all of which then commanded stupendous premiums. Chits from a gnome in the CPV section of MEA enable some to obtain precious visas for countries with tough entry rules. They get you appointments in government, admissions in schools, tickets on trains, free booze during election times. They can also bail a Minister out of a mess, as this anecdote illustrates.

During a session of the Vidhan Sabha of a state, in response to a question, the Home Minister was reading out the crime statistics of the state. After giving the figures for murder, rape, dacoity, assaults and other such benign social interactions, he read out the figures for “Buggery.” I do not now recall what the exact figure was, but it was so high that it caused much outrage (mixed with some revelry) in the House. A thoroughly alarmed and flummoxed Home Secretary in the Officers’ gallery quickly scribbled something on a chit and sent it to his Minister. The worthy glanced at it, rose from his seat with a sheepish grin and announced that he had misread the reply and that the figures quoted by him related to ” Burglary” and not Buggery! A timely chit had saved the day, and the morals of the state!

But chits can also get one into trouble, as a colleague (now retired, with his pension intact) discovered, much to his discomfiture some years ago. YK was posted in the Himachal secretariat as Joint Secretary (Forests) and part of his onerous duties involved giving approvals for resin tapping, a highly profitable business. One day a resin contractor’s file was put up to him for sanction. YK opened the file and found, clipped to the note sheet, a chit with the contractor’s name and two thousand rupee notes pinned to it, giving the words “note sheet” an entirely new meaning. Now, YK was known to have the explosive and unpredictable temperament of a grizzly bear, and on that day he did not disappoint. He stood up on his hind legs, let out a roar that would have done a Yellowstone grizzly proud, caught hold of the contractor lurking outside his door and summoned the police. We advised him to drop the matter, return the moolah and blacklist the contractor rather than spend the rest of his life giving evidence in courts. YK, however, chose to follow the straight and narrow path of the righteous. And met the same fate that generally befalls all righteous suckers. In the police station the contractor claimed that he had actually attached FOUR thousand rupee notes, not two, to his chit ! He solemnly wanted to know, therefore, what had happened to the two missing notes? So did the police. The boot was now on the other paw, as it were. It took YK a fair amount of time to convince the police that he was as pure as the driven snow; the contractor was convicted, but not before the magistrate had cast an appraising look or two at YK which clearly hinted that he would have liked to have packed off two for the price of one. YK now can’t bear the sight of a thousand rupee note and was overjoyed when Mr. Modi demonetised the ruddy things. He discovered the hard way that in the bureaucracy it’s not enough to have a clean conscience, one must also possess a clean chit.

A disclaimer, however, is very much in order: I too have received a clean chit or two during my not so illustrious career. In the early 2000s I was entrusted by a BJP government to inquire into a flood of allegedly dubious appointments made by the previous (Congress) government on the basis of chits, not merit. My report vindicated these charges, and, quite naturally, was termed as politically biased and motivated. The judiciary directed the government to take action on the findings. The ADG (Police) in his report absolved me of any political bias but added that ” Mr. Shukla has a pronounced suicidal instinct”, or words to that effect! With which I beg to disagree, for, as Groucho Marx famously told an inquisitive female reporter : ” Die, my dear? Why, that’s the last thing I shall do!”