Shimla: For the 3rd successive year David Kumar came out on top of the 8th Hero MTB race here on Sunday. Ashish Sherpa from Hero Action Team, displayed a strong competitive performance and won the 2nd stage of the race.

However, it was the strong gap of 15 minutes built by David in the previous day leg that bagged him the top honors and won the yellow jersey. Two time Hero MTB Shimla champion David Kumar clocked his 3rd win at the race with a total time of 6:02:05 and was crowned the King of Shivaliks. Ashish Sherpa was the overall runner up with a time of 6:22:31.

About 80 cyclists took the start line at Dakbangla out of registered 88. Few riders dropped out within the 5 kms of the race.

The 2nd stage named The Kingdoms Alley, took the riders through the old kingdom of Kiarkoti and Moolkoti. Entrenched in deep deodar forests, this was a short but an action-packed day with tonnes of fast descending and one very nasty climb towards the end of the day. The riders climbed nearly 1500m in only 30 km making it a short but technical day. 90% of this day was on forest paths and single track. The stage and the race culminated in the beautiful Craignano, Mashobra which traces its history to the British empire in India.

The race has attracted participation from far and wide and has been a favourite amongst adventure enthusiasts to experience an adrenaline rush on a bike.

This year saw maximum participation from Gurgaon and Shimla. The 8th edition of the Hero MTB Shimla culminated with a closing ceremony on the Ridge Maidan, Shimla. 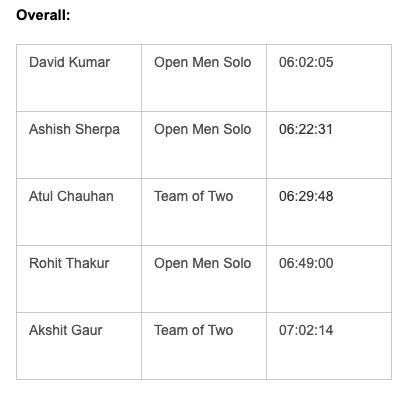 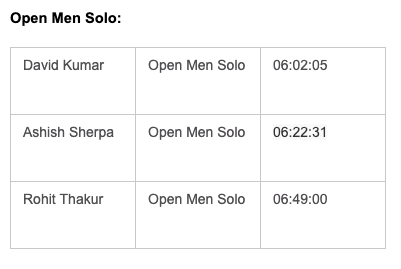 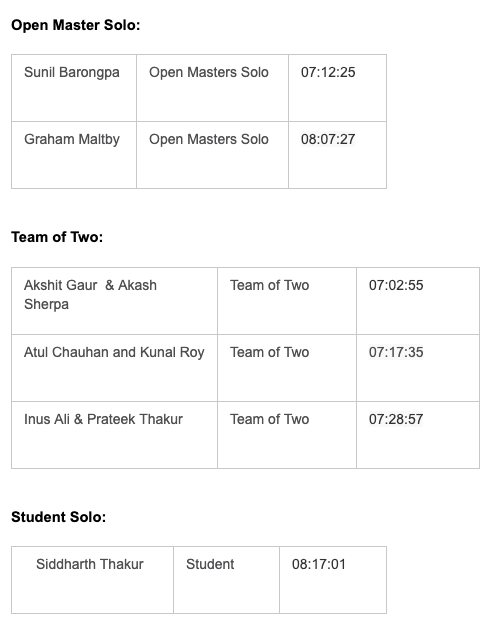