Manali: The People of Manali expressed serious concern over the National Highway Authority of India (NHAI) and its indifferent attitude regarding the contraction of National highway. It’s prudent to mention here that NHAI is constructing national Highway between Bajaua and Manali. The national highway which passing through Manali town.

The people of Manali in particular and the entire Kullu Manali Valley resident have been suffering a lot as the portion from to Kullu to Manali has been left uncared for last 10-15 months. There are frequent land slide which are leading to loss of property and life of local people even tourist lead to uncertain. 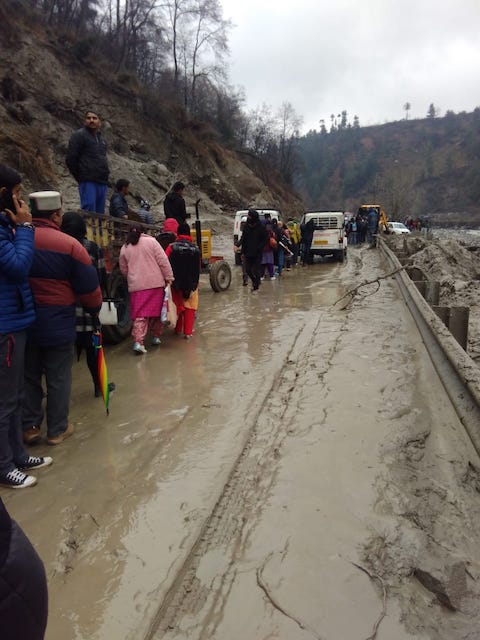 Landslides are one of the catastrophic hazards of road construction along mountain sides. They are an important component of the natural disturbance that could strongly alter the environmental gradients. The Himalayan Mountains has been witnessing the furry of nature for a long time. Landslides are among one of the major and widely spread natural disasters that strike life and property, year after year.

Large scale deforestation in recent decades has also disturbed the sensitive areas in the Himalayas. Concentration of human settlements and consequent logging, felling, grazing and occasional fires have reduced the forest area to a great extent. The replacement of climax oak by pioneer pine has become a common and ever increasing phenomenon in Himalaya. Natural ecosystems have an inherent characteristic to recover after natural or man imposed damage. 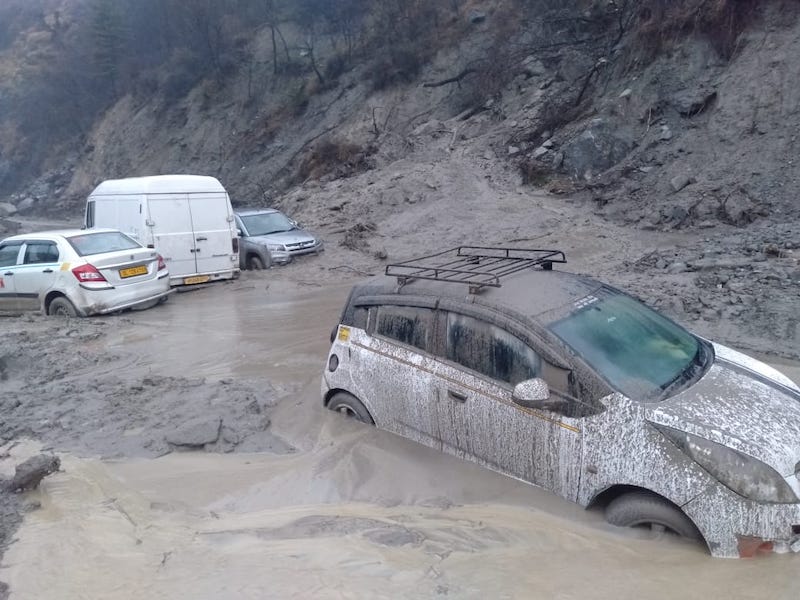 However, in view of frequent damage of natural ecosystems in various regions such as the fragile Himalayan region, technologies are required to hasten the process of recovery. Bioengineering is undoubtedly the most advanced ecological approaches in ameliorating the effects of severe ecological disturbance such as landslides. The native vegetation could be more useful and efficient in the ecological restoration and bioengineering programmers as they have fewer competitors than other species and the disturbances permits the germination and development of non-seeded species. The role of native vegetation is quite significant in prevention of landslides as well as for stabilizing the landslide. Plant cover not only protects the surface from weathering due to direct impact of rain and winds but its intricate root system works as a cohesive in binding the loose soil and preventing it from erosion

Raman Gandsangi SDM Manali while speaking to Hill Post said that he has already directed NHAI authorities to carry forward their work in a professional way so that public is not harassed and  landslide are prevented by timely constructed supporting walls.