Manali: Bailey bridge of Manali over river Beas was built in 1958. The bridge 1 km away from Manali town gateway for the left bank and main entry into town has been in a dilapidated condition for  long now.

Heavy traffic plies on the bridge on a daily basis as it connects various important areas and is a junction. The poor condition of the bridge is posing a potent threat to the lives  of the people travelling on it. The worst sufferers of the bridge’s shabby condition are the commuters, for they have to travel on it twice a day-early in the morning and late in the evening. The authorities, however, seem to pay no heed to the frequent complaints the citizens have been making. 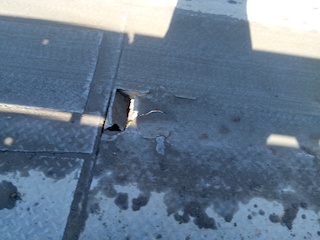 “Each day, thousands of people including transporters, commuters, students, etc. travel through the bridge for different purposes,” Gautam Thakur, a resident of Manali said. He feared, “every time they have to pass the ‘death line’ on overloaded public transport, it could cause a mishap anytime.”

Locals also say that the many complaints submitted before the district administration for rehabilitation of the bridge have been in vain. Critical of the authorities’ indifference to the public woes, one said,  “despite repeated complaints submitted for early repair of the bridge, none of the officials concerned have bothered to come and see the situation.”  They have demanded immediate rehabilitation of the bridge from the authorities concerned. 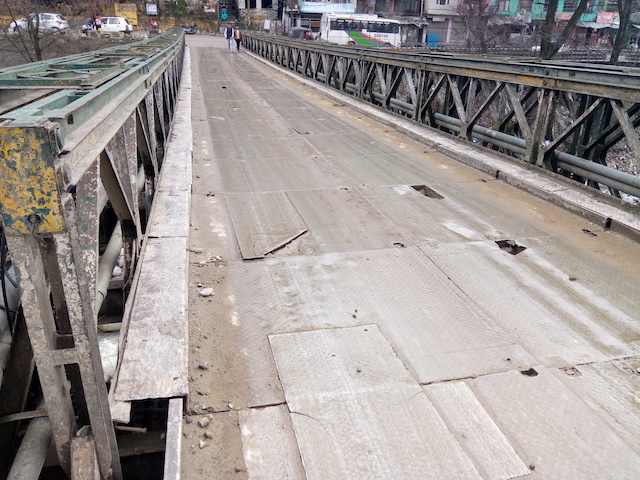 Gautam Thakur told Hill Post said that the town had a small wooden bridge before the existing bailey bridge was built in Batala, Punjab and brought to Manali before a visit of former Prime Minister Jawaharlal Nehru in 1958.

“The bridge was built in an emergency under supervision of the then superintending engineer of PWD at Amritsar, Basant Singh.

Manali’s retired professor NC Sharma, who had worked as work inspector on this project said that the life of this bridge was estimated at 50-60 years. The bridge has served us for six decades and now we are looking forward to replace this bridge by new one.”