Manali: Kullu Manali left bank road is in rundown condition, filled with potholes, appear to be becoming a distinguishing feature of  rural areas. Potholes, which pepper the roads, regularly cause severe traffic, accidents, and disruptions.

Commuters and vehicle drivers told Hill Post that woes on the roads were nothing new but students, office goers, and patients, in particular suffered the most. 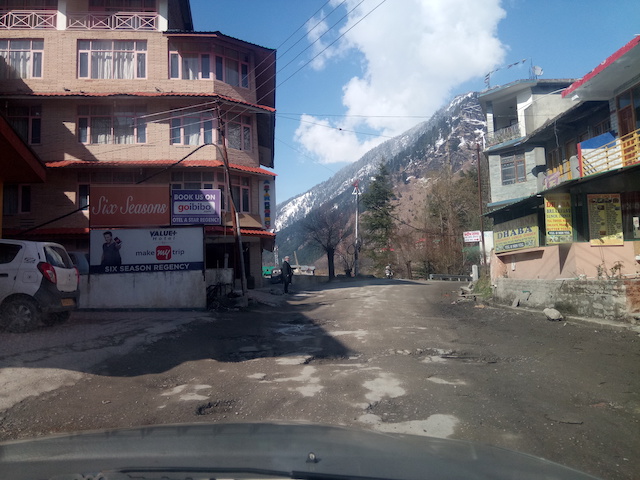 Locals blamed public representatives and contractors for the situation but a parliamentarian faulted the Local Government Engineering Department (LGED) that is PWD.

It is estimated that dilapidated roads, covering some 50 kilometres, stretch across Kullu Manali. At least 20 newly-built or repaired roads in rural areas had been damaged within a year, with carpeting on most of them wearing off.

LGED repaired 40km road in 2017-18 fiscal year with 40lac. For the current fiscal, the government approved one core for works on 70km road, including repair of 50 km. 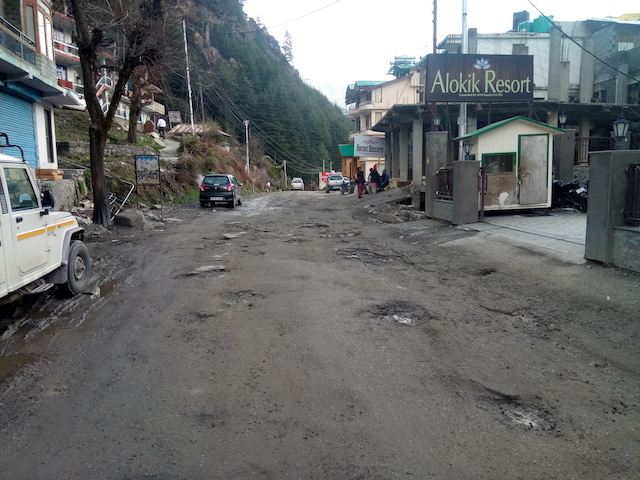 Locals identified corruption and irregularities as key reasons for the sorry state of the roads. They accused the contractors of using low-quality materials during repairs, which left the roads vulnerable to damage.

Vikramjeet Thakur, a resident of left bank Manali blamed the concerned authorities for the bad road conditions. “Supervising the repair work and taking care of the roads is the responsibility of the concerned department. The roads are not properly repaired because of their negligence,” he claimed.

Pawan Rana SDO Manali while speaking to Hill Post said, “we spent Rs 40 lac last year on tiring from Naggar to Manali, a  25 Km road stretch. He added that this year we have a budget of Rs 1 crore for tarring and maintenance of Manali Nagger road of 45  Kms length. He said the repair work of Manali Nagger road will start as soon as the weather permits.