There have been a lot of responses on the order passed by the honourable Supreme Court (SC) of India to try and resolve the Ayodhya dispute through mediation between. Unfortunately, most of the responses have come from the gallery while the litigants have hardly questioned the order. The gallery consists of politicians, religious bigots, communalists and the dangerous communal politicians. Politicians are using this to further their political ambitions and garner votes in the coming elections. Religious bigots and communalists are banking on faith and the faithful to see them through in their struggle without worrying for what may happen afterwards. Communal politicians not only have political interests at stake but are also seized with keeping communal passions burning with the dual aim of strengthening hold on their communities and ensuring vote banks. The gallery is indeed treading a very dangerous path that does not bode well for the nation.  Unfortunately the media revels in bring these very people on prime time television to create controversies that are good for their TRPs.

There are many reasons that go in favour of a mediated settlement. But first it may be prudent to understand the implications of a legal settlement as opposed to the mediation route. Any judgement in favour of Hindus may open a Pandora’s Box. It is common knowledge that during Mughal times a lot of Hindu places of worship were destroyed and Muslim places of worships built on same sites. Ayodhya by virtue of its importance in Hindu mythology and religion is just one of those sites that stands out for obvious reasons. Will a judgement in favour of Hindus set a precedence for seeking similar judgement on other disputed sites? Knowing our nation and the way our society works, litigations will not be restricted to only genuine sites where Hindu places of worships were destroyed but many fraudulent claims too would come up for hearing. The outcomes of such a movement are there for all to see. The courts may have their hands tied since a precedence would have been set in Ayodhya. Muslims will feel victimised, communal riots will spread across the nation, Hindu Muslim divide will increase manifold. Governments in states and centre will be hard pressed to maintain law and order. Will Hindus like to count their gains at the cost of taking the nation to such a situation? The Muslims will not only lose Ayodhya but possibly many other sites too. 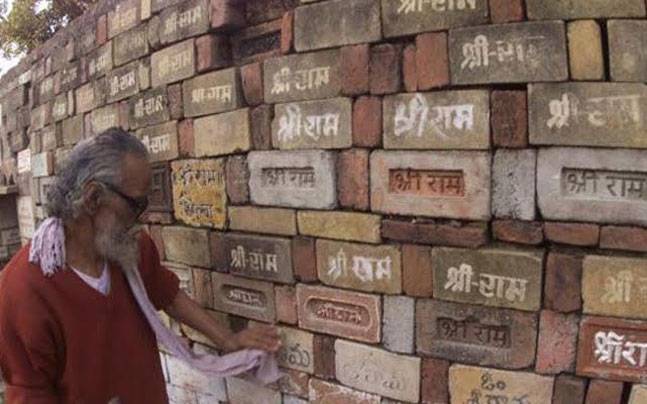 Now flip the coin to see what will happen in case the court decides in favour of Muslims in Ayodhya. Without a doubt in a short time a huge Muslim place of worship will come up at the disputed site. This will happen not because of any genuine religious commitment or belief but more because of the need to prove a point. Like it or not, it will become an eyesore for many Hindus who will feel they have been short changed. Given the fact that Ayodhya as a place holds no importance in Muslim history or religion, it is likely that it may not attract many faithful barring a few inquisitive kind. The small town of Ayodhya already has over thirty five mosques. Currently many among these are just structures where neither any prayers are carried out nor any visitors seen. So will the disputed site only add to the count and make it thirty six? If, on the other hand, just out of sheer curiosity the new Mosque starts attracting hordes of Muslim visitors then Ayodhya may become more of a Muslim pilgrimage town than for Hindus. Will this be acceptable to Hindus whose connections with Ayodhya date back to more than 6000 years ago? The answer is obvious and its implications even more obvious. In the final analysis nobody would have really gained from any of the two scenarios.

In the legal battle there is another twist too. Basically the disputed site is only 0.313 acres (some believe it is 2.77 acres that includes some land around the structure) out of a total of 67.703 acres. The undisputed 67.39 Acres, acquired by the government in 1993 through an ordinance, in all fairness must be returned to rightful owners who in this case are Hindus. If the verdict for the small piece of disputed land goes in favour of Hindus then there will be no problem as the two can be combined for the proposed Ram Mandir. However, if the disputed land of 0.313 acres (or 2.77 acres) is given to Muslims, Hindus will never give the balance to them. This scenario will be a perfect recipe for a perpetual conflict at the site.  If Hindus win and get the disputed land, once again the debate will be about suppression of minorities and how the nation is becoming a majoritarian state.  In case the verdict goes in favour of Muslims the majority will feel they have no say in the country since minority appeasement is the rule of the land. Thus a legal verdict, despite some vague assurances of acceptance from either side, will spell doom whichever way it comes.

This is where the mediation route becomes a more viable option. If a decision is arrived through mediation then chances of further stress are minimal. There will be some disgruntled voices but then in a diverse nation of 1,250 million that cannot be ruled out. However, it will ensure that charges of majoritarian or minority appeasement will become untenable. A mediated decision will have to be based on the principle of give and take which will be good for communal harmony. Any decision by the courts will favour only one side, mediation enjoys the flexibility of arriving at a solution that will satisfy both sides. Ayodhya problem involves sentiments and faith and only mediation route can take these into account. Legal route does not enjoy that luxury. Needless to say that for mediation to work both sides will have to show maturity and understanding apart from ensuring that they do not fall prey to loose cannons from the gallery. If mediation succeeds the only losers will be those who constitute the gallery.

The SC has done well in choosing the mediation panel. Maverick and irrelevant communal politicians like Mr Owaisi of AIMIM while bickering about Sri Sri Ravi Shankar being on the panel deliberately chose not to highlight that the panel is led by a Muslim. There is no doubt that Sri Sri did say in one of his interviews last year that Muslims should give the site to Hindus as a goodwill gesture. This was stated in the context of avoiding communal riots and conflicts as seen in some other parts of the world. It is bizarre to find any problem with such a statement that has been echoed by many others too including some Muslims.   It is also pertinent to note that there have been no reports of Hindus having any objection to Justice FMI Kalifulla’s nomination as head the panel. Mr Owaisi is a known Hindu baiter who has failed to spread his wings in Uttar Pradesh (UP) which is home to nearly forty million Muslims. He sees this as another opportunity and that is why all the noise. The media will do well to just ignore him. The court deserves to be lauded for its selection of panel members. The sceptics must note that decisions will not be taken by the panel since that right will lie only with the litigants. The panel will only guide and facilitate the discussions and perhaps put incongruous issues in their right perspective for litigants to take informed decisions jointly to come to an agreement.

Be it Hindus or Muslims, in India all come from the same stock and are part of a civilisation that is more than 6000 years old. Therefore both Hindus and Muslims in India have a common heritage. The question is can both rise to the occasion and arrive at a workable solution that bodes well for the nation that is looking to break the shackles of many other ills of past to embark on a journey of development and prosperity for all citizens?