If first few weeks of Priyanka Gandhi are any indication of her approach to politics, then there appears to be little to differentiate between the two Gandhi siblings. Possibly that should be expected since their think tanks and advisers must be common and shared. It may be prudent to assume that Priyanka may not tread a more individualistic path at this late stage just before the ensuing elections. That could spell trouble not only for Congress party but also between the siblings. Differences between siblings would be cannon fodder for the opposition parties and the party will stand to lose. In the given scenario, Priyanka is unlikely to make any appreciable difference to the fortunes of the party. In fact BJP would be well advised to give her a cold shoulder and not to overplay her role as that would give a boost to her stature much beyond what she is or deserves. Rahul Gandhi certainly benefited from the kind of over-attention he received from BJP but Mr Modi. In reality all that was required to show Rahul Gandhi his real place was for them to just ignore him. That approach would have added to his insecurities and made his position in the party very uncomfortable instead of the consolidation he enjoys today.

Congress seems to be living on mercies of other political parties these days. In UP, both SP and BSP have shown it the door. This despite the fact that the more than hundred-year-old party was ready to accept less than ten seats out of a total of eighty if included in the alliance. But SP and BSP were in no mood to take on a loser on board and refused to agree. So as things stand, Congress may have some serious claims only on two seats – Amethi and Rae Bareilly. It is no secret that BJP will throw all its might to defeat Congress party in both these high profile constituencies that are seen as backyards of the Gandhi family. Smiti Irani is once again contesting from Amethi and will certainly give Rahul a run for his money. Any loss in these two seats will certainly be more than just egg on Congress’ face. 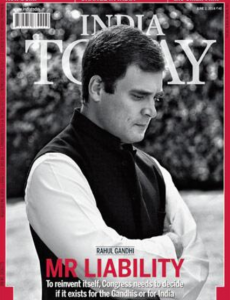 In Delhi Congress thought that by playing hard to get it may be able to browbeat AAP into getting a better seat share but that was not to be. Congress party Delhi Chief, Sheila Dixit, was in no mood to tie up with AAP even though a sizeable section in the party favoured a tie up. Later AAP went around with a begging bowl asking Congress for an alliance but Congress was unable to decide one way or the other. In any case AAP only wanted to give Congress just one of the seven seats. AAP’s move was primarily a selfish one aimed at securing Congress votes for its own candidates to ensure a win against BJP. Finally AAP lost patience and declared its candidates for all seven seats foreclosing any chance of an alliance.

In Karnataka, JDS brow beat Congress to secure eight out of a total of 28 seats. Some Congress leaders are rather unhappy at this division including the choice of seats in the alliance. In West Bengal Congress’ alliance with CPI (M) has broken down and it will have to fight alone. This would once again result in a rout for the party as it is unlikely to win more than a couple of seats out of a total of forty. In Maharashtra NCP will be a hard nut to crack for Congress and it will succumb to their demands to seal an alliance at any cost. In northern states of Punjab, Haryana and Himachal Congress will matter only in Punjab since it does appear Punjabis are in no mood to forgive SAD leadership headed by Badal and BJP’s alliance with SAD will certainly go against them. In Bihar RJD will certainly call the shots and Congress may either accept less than ten seats or forget about an alliance.

Congress is highly unlikely to replicate the kind of success it had in Rajasthan and Madhya Pradesh in the last assembly elections. Many defections of key Congressmen in different states, mostly to BJP,  is another matter of concern for the beleaguered party apart from raising doubts over acceptability of Rahul Gandhi as a leader. Rahul Gandhi telling voters not to vote for BJP sounds more like the blabbering of an old woman these days since he has been mouthing it for too long now. His inability to give reasons as to why voters must vote for Congress seems to have become a more serious issue now and this is where Rahul has no answers. Congress’ half-hearted and sceptical support for surgical strikes against Pakistan and fight against terror is something for which voters will certainly punish the party. The same logic is perhaps true when Congress mocks government for the unquestionable successes it has had in seeking extradition of people like Christian Michael, Deepak Talwar, Vijay Malaya, and now Neerav Modi. Rahul’s corruption charge in Rafael deal is all noise and seems to have run its course of late. His ‘Chowkidar’ barb seems to be turning round to haunt him and his party as BJP is now using it to their advantage.

If BJP’s ‘Congress Mukt’ Bharat was a slogan that did not have many takers, the same is true in turn for Congress’ conduct in last four years that was based on stone walling anything and everything that the BJP government did. In short a negative and unconstructive approach is what has become the hall mark of Congress in last five years. A seasoned party that boasts of an unmatched vintage should indeed have been more responsible and pragmatic when it sat on opposition benches. Without a doubt Congress as a party lacks winning strategies as also leaders who can win it votes.

Congress party had won forty four seats in the last general elections when Modi phenomenon was at its peak. As things stand today, it will possibly do better than that and may inch closer to the seventy-five mark (without allies). However if the party starts to celebrate that as a success and starts singing paeans for Rahul’s leadership, then it will only prove that somewhere in its fight with BJP the grand old party has lost its heart, soul and character. It is time for the party to introspect, particularly on the leadership front. King’s new clothes may make an interesting bedtime story for small kids, but political parties cannot hope to achieve glory or survive in today’s times if their cadres fail to question dubious leadership thrust on them by a doting mother. Is it any wonder that Congress party is like a hot potato today that no other party of substance wants to hold in its hand?