Dharamshala: Tilak Raj (30), a resident of village Dhewa in Kangra was among the victims of the deadly terrorists attack in Pulwama, Kashmir yesterday. 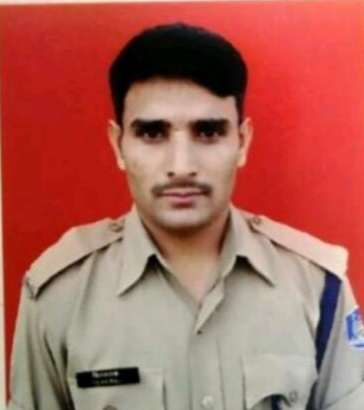 “Tilak Raj was injured in the attack and succumbed to his injuries at an army hospital in Kashmir yesterday,” Sandeep Kumar, deputy commissioner Kangra made public today. Born on 2 May, 1988, he had joined the CRPF in 2007 and was serving in Srinagar.

As information about the incident and local boy Tilak Raj dying in the attack spread in the region, a wave of grief and anger raged across the entire area.

It was only last month that the victims wife Savitri Devi had given birth to a second child. Tilak Raj’s elder son is 3 years old and he had returned for duty on 11th February after a vacation at home

Father of the victim Rama Ram and mother Bimala Devi said , “we have lost our son but Pakistan  should be given a befitting response. We are proud that our son who  laid his life for the country.”

“Those involved in this dastardly act would not go unpunished,” said the chief minister. He announced a Rs 20 lakh ex-gratia relief to the bereaved family.