When a beautiful member of the fair sex calls you Uncle you just know that there's no point in going on living; it's the kiss of death and you now belong with the dinosaurs.

As I find it a little more difficult to get out of bed each succeeding autumn morning, my mind (what’s left of it, that is) inevitably wanders to thoughts of ageing. The process is very gradual and kind of sneaks up on you: the cells stop multiplying but continue dividing, not unlike the BJP, the telomeres stop communicating with each other a-la Mr. Jaitley and the RBI Governor, the joints protest loudly like Mr. Kejriwal at any sudden move, the memory starts playing tricks like it does frequently with Mr. Rahul Gandhi on the stump, and one begins to speak like Sashi Tharoor i.e. in words that no one understands, certainly not my sons, nephews and nieces weaned on the two syllable patois of Twitter and Instagram. So slow is this process, however – like being murdered by a four toed sloth – that one is not even aware of it.

And then one day – WHAM! – it suddenly hits you full on the geezer. It can happen in different ways – a wilting feeling in bed just when you’re about to embark on your MJ Akbar routine, that ECG report when you take out that new health insurance policy, the moment when your son is blessed – is that the right word these days? – with his second child or third divorce. It can even happen as it did to Groucho Marx: you are standing grieving at the graveside of your batchmate, all alone because everyone else has left, when a chap sidles upto you and whispers: “Not much point in going back home, is there?” My own epiphanic moment, however, came in an entirely different and discomfiting way. 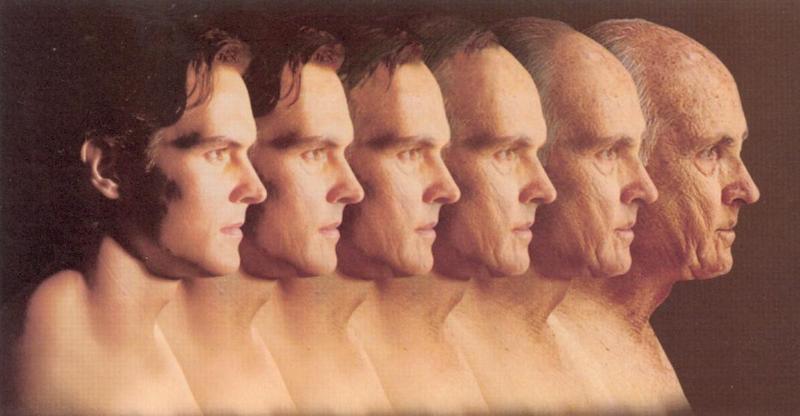 I usually travel by Metro since I need to reduce my family’s carbon footprint which rivals that of Bigfoot or Godzilla, thanks to my wife Neerja. I seem to have spent my entire life following in her trail like an excited puppy: earlier it used to be so that I could spoon up the random smile, the casual word of endearment, the fleeting expression of affection – all too precious to be left discarded by the roadside. Now, however, I do it so that I can switch off the fan, lights, AC, geyser or heater in her wake: she NEVER puts them off because God himself once said “Let there be light!” and she’s a deeply religious person. She HAS to say hullo to her mom, sister and bevy of friends six days in a week, and – you guessed it – it can’t be done over the phone because Airtel may tell everyone about it, and in any case they all have to see who is wearing which type of Banarsi saree that day. So she burns the hydrocarbons like Mr. Mohammad bin Salman is giving it away for free in order to atone for blowing away Mr. Khashoggi, not a recommended use of wind power.

So here I was on the Delhi Metro one day; it was crowded and I was standing in the aisle hanging on to a strap like yesterday’s washing. Suddenly a pretty young girl got up from her seat and offered it to me with the words (I shall remember them till my dying breath): “Uncle, please take the seat.” UNCLE ! When a beautiful member of the fair sex calls you Uncle you just know that there’s no point in going on living; it’s the kiss of death and you now belong with the dinosaurs. It was at that exact epiphanic moment that I realised that I was now a prime candidate for the geriatric ward. I had boarded the train as a sprightly 66 year old, but de-boarded at Mandi House a broken relic. My metamorphosis was complete: I now belonged to the ages.

One year later, however, after twelve months of this fossilized existence I must concede that things are not all that bad: being a dodo has its upside. I no longer mind the aching joints when I wake up every morning because they indicate that at least I’m still alive. The best thing about getting old is that all those things you couldn’t have when you were young you no longer want, and therefore don’t miss them any more. I no longer fret and worry where my wife goes of an evening, just so that I don’t have to go along with her. Mr. Jailtley gives me an additional Rs. 50000 exemption on my income (before he mops it all back with incessant cesses, of course), and the Railways give me a 40% concession on the fare even though the train is 12 hours late and/or cancelled. The govt. respectfully refers to me as a “senior citizen” before asking me to line up for four hours in various queues. And most important of all, I’m gradually moving out of that lethal “MeToo” zone which has felled many a perpendicular stalwart, if you get my drift. Though, if accused of molestation, I might well be tempted to follow the example of that zippy 81 year old who was recently accused of rape. Standing in the dock he could barely conceal his pride at having been conferred this honour at his age, and when asked by the judge, pleaded guilty! The judge, of course, was having none of this and fined him a thousand rupees for lying under oath ! Or that other old dodger who was approached by this hooker outside a bar who propositioned him thus: ” Hi, dad, I’m a great believer in barter: what do you say to some sex for some beer?” The ancient geezer thought for a long moment and replied: ” What kinda beer you got?” Ah, the arrogance of old age! As Oscar Wilde almost said: the young know everything, the middle-aged suspect everything, and the old don’t give a damn about anything!

And that, dear reader, is the problem with the kiss of death: you’re dead but don’t know it. The walking dead.