Speaking on the occasion, the President said there is a need for large number of good doctors and medical colleges for delivery of effective health services. Recently, the Indian Medical Council (Amendment) Ordinance 2018 has been promulgated to promote good medical institutes and to tackle the challenges of medical education. This will encourage the establishment, expansion and modernization of medical colleges and institutions. 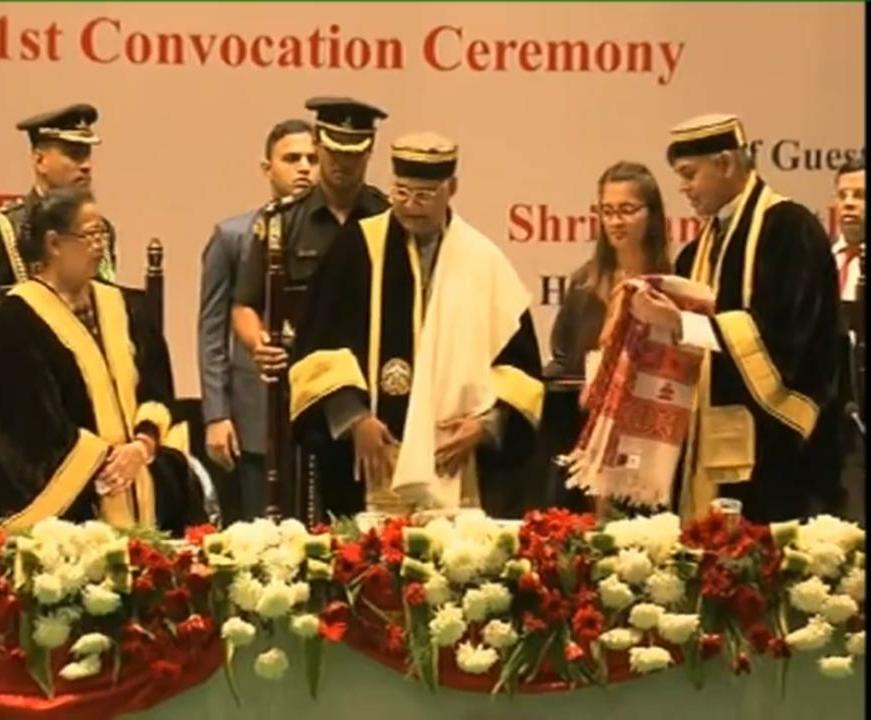 The President said that Dr. Rajendra Prasad Government Medical College Tanda in Kangra District from its meagre beginning has grown to a prestigious medical institution of the region. He also congratulated the medal recipients and wished for their prosperous and bright future.

Speaking on the occasion, the Governor Acharya Devvrat while congratulating the medal winning students said that the first and for most quality of any educated human was to remain a learner throughout their life so that they can excel the benefits of modern technology. He said that the young doctors passing out from this institution should serve the humanity with dedication and commitment. Students should also respect their parents and teachers as it was due to their hard work and sacrifice they have achieved whatever they are today.

Governor said that the pass outs of this institution should serve the society in such a way that the Institution also feels proud of its product. He said that the younger generation should lead harmonious and simple life and doctors should also motivate the people, especially the younger generations to adopt simple and tension free life. He said that it was heartening to know that that out of eight recipients of gold medal, seven were girls. 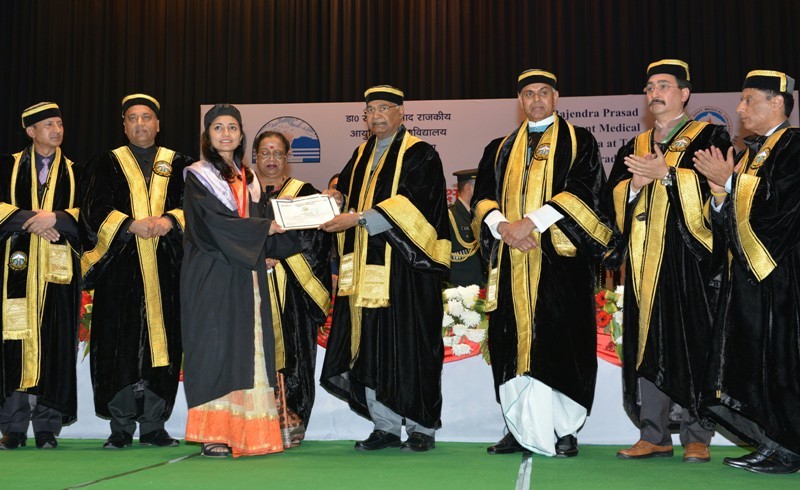 He said that whatever students achieve in their life they should never forget their teachers and elders. Himachal Pradesh was known for kind hearted and God fearing people and doctors should also serve their patients with love and compassion.

The Chief Minister Jai Ram Thakur said that the Dr. Rajendra Prasad Government Medical College Kangra was established in 1997 and its first batch started in 1998. During the short period of twenty years, this college has created a special place for itself, he added.

Jai Ram Thakur said that presently the State has six medical colleges in Government sector alone and in addition this Union Government has sanctioned AIIMS for the State which would be opened at Kothipura in Bilaspur district. He said that with all these prestigious institutions, the State would be producing six hundred doctors every year and all the health institutions would have best doctors to serve the people of the State.

he Chief Minister said that due to difficult geographical and topographical constituents of the State, creating quality infrastructure was a biggest challenge and despite this, the State has made tremendous progress in all spheres of life. He said that Himachal was the second most literate state of the country and it was also way ahead of the national average in various health indicators. He said that the State Government was committed to strengthen all the health institutions of the States so that the people could be provided quality health services nearer to their homes.

Jai Ram Thakur said that though Himachal is a small State and known as ‘Dev Bhoomi’, Himachal Pradesh was also known as ‘Vir Bhoomi’ as over lakh of soldiers were showing their valour in Armed Forces and first Param Vir Chakra winners of the Country Major Som Nath Sharma was also from Himachal and out of the four Param Vir Chakra won by our brave soldiers, during Kargil war, two were won by the brave sons of the State.

Principal of Dr. Rajendra Prasad Government Medical College Kangra Dr. Bhanu Awasthi welcomed the President and other dignitaries present on the occasion. He said that the Medical College during the short period of about twenty years has emerged as one of the best educational institutions of the region.