It is a tragic irony that Mr. Vajpayee's first and preeminent legacy - that of a noble human being - has been squandered by those who followed him and all that is now left of it is a tattered rag or two, hanging limply in a Devil's wind.

I’m no astute politician, nor am I a political commentator, just a retired bureaucrat who had the privilege of meeting Mr. Vajpayee only once. It was sometime in 1990, in New York in the UN Plaza hotel in the suite of Mr. IK Gujral, then our External Affairs Minister. We were there to attend a session of the UN General Assembly; as is the practice Mr. Gujral had taken along with him a group of MPs. One evening he had convened an informal meeting of the MPs to discuss his statement to be made the next day at the UN; Mr. Vajpayee was one of the invited MPs. We were all sitting around, the discussions in full flow, when he arrived, about fifteen minutes late. I immediately got up and offered him my chair (all had been taken). He patted me on my shoulder, asked me to continue sitting, and went and perched on the window sill ! On being queried by Mr. Gujral on his unusual choice of a seat he said: ” I can make a quicker exit from here!” His lack of ego and sense of understated humour were his abiding hallmarks.

Much will be said and written about him in the coming days by people far more qualified than me to do so. But as a citizen who has as equal a stake in this country as the politicians, perhaps more so because I pay my taxes honestly, I can’t help but wonder: what is the legacy of this great man? Is it the Pokharan nuclear blast, or the bus ride to Lahore, or the improvement of relations with the West, or the failure to dismiss the then Gujarat Chief Minister in 2002 ? These are certainly important milestones in his career as PM, but somehow they do not describe the man, only the politician. And that is inadequate to chronicle the life of a statesman. A colossus has to be remembered for what he was, not just what he did; for abiding values, not transactional achievements.

Therefore, for me, Mr. Vajpayee’s true legacy is that of a gentlemen politician in an age when they had already started transmuting to a lower species; a sensitive soul with the heart of a poet; an aesthete who loved literature, fine wine, good food; an orator par excellence who killed with kindness, not invective and abuse; a gladiator (he was that too, make no mistake) whose weapon of choice was the rapier, not the bludgeon; a man of rock solid principles (ask the RSS) in an era of opportunists; a man who assimilated, not fractured; joined hearts and minds, not sundered them. His was the perfect fusion of head and heart. 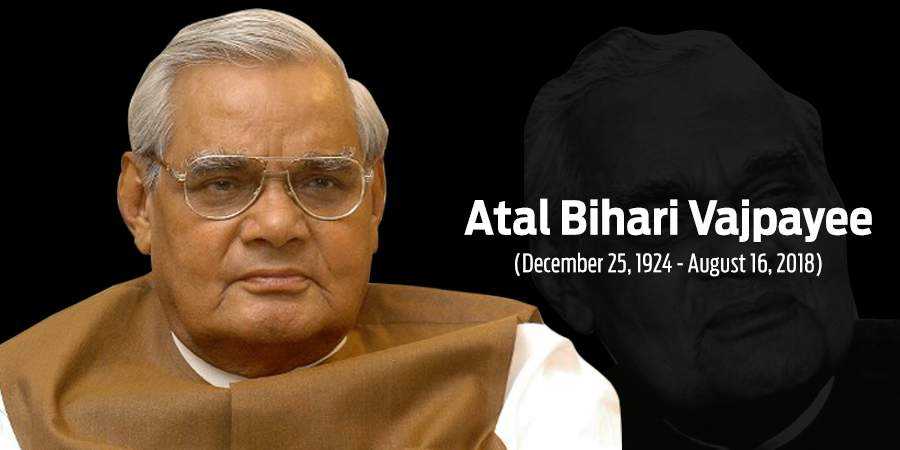 He left a second legacy too, unfortunately. This was his single handed achievement of making the BJP a mainstream party, giving it a respectability and acceptability it had unsuccessfully striven for since 1947. LK Advani may have got them the votes after his Rath yatra but it was Mr. Vajpayee who gave them legitimacy and brought the BJP to power, not only during his own tenure, but even after he was rendered incapacitated. Mr. Modi and Mr. Shah owe him this debt of gratitude: I doubt if they will concede this, however.

It is a tragic irony that Mr. Vajpayee’s first and preeminent legacy – that of a noble human being – has been squandered by those who followed him and all that is now left of it is a tattered rag or two, hanging limply in a Devil’s wind. The second legacy lives on, and is perhaps even prospering. I do not think that would have made him happy for it runs counter to every grain in his DNA. On the sorry ruins of his first bequest has arisen an ugly edifice cemented together by power, money, egos, invectives, vindictiveness, intolerance and worse. It is a cold, heartless and inhospitable fortress he would not have been comfortable in, for it is dedicated to war and strife, not peace and harmony. And this is true of not only his own party but of all political parties in the country- the BJP is the Pied Piper and the others are rodents happy to follow the music of discord.

Two legacies, then. One already dead, the other following the unintended course of Frankenstein’s horrible creation. It must pain the great man’s soul to see how his legacy is playing out.
These were Mr. Vajpayee’s words as a tribute to Nehru on his death:

“Bharat Mata is grief stricken today. She has lost her favourite prince. Humanity is sad today. It has lost its devotee. Peace is restless today. Its protector is no more….. The common man has lost the light in his eyes.”

One noble human being recognizing another. Deja vu ?