Kullu: The day 4th of July 1999 in Indian history occupies a special place as 18 grenadier freed the Tiger hill from the tentacles of Pak army which further lead to Kargil victory on 26th of July 1999, a proud moment for the entire nation.

Sharing details with twinkling eyes Brigadier Khushal Singh Thakur (now retired), who lead the 18 grenadier said to Hill Post, ”Yes it was the day when our brave hearts successfully unfurled the Tricolour on Tiger Hill ( 17000 feet ).  44 brave hearts  got martyrdom but didn’t let enemy allow snatching  our Motherland. The task to lead Tiger Hill operations was given to captain Balvan Singh. 36 hours long battle finally got successful when 18 grenadier forced enemy to get back.”
Throwing light on war details Thakur said, ”Though it was an uphill task as enemy occupied such a position on top of the peak which was helping them to keep a vigil and targeting on Shri Nagar, Dras, Kargil, Leh road by continuous firing. While on the another hand, climbing bare, rocky and steep Tiger Hill lacking sufficient oxygen was not easy for our soldiers but passion to protect our Motherland kept our morale higher than all hindrances coming on our way. 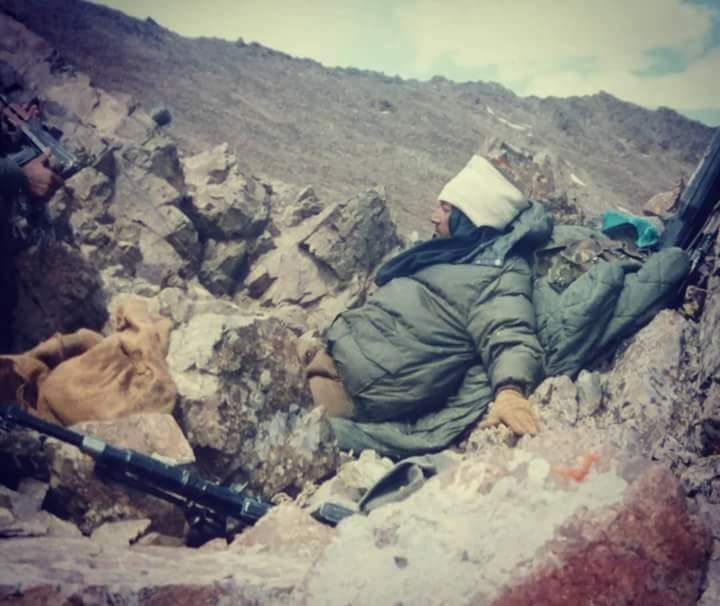 Even injured soldiers fought till their last breath. During that 36 hours long battle 9 bravehearts made their supreme sacrifice. Impact of recapturing Tiger Hill with fearlessly by Indian army was so huge that it compelled contemporary Pak PM Nawaz Sharif to visit American PM (contemporary) Bill Clinton requesting him intervening and stop the war immediately. But the proposal was strictly rejected by PM Atal Bihari Vajpayee pledged to push the enemy back from boundary line which was finally done by Indian army on 26th of July 1999 as Kargil Vijay Divas.”
Havildar Yogvendra Yadav who managed to destroy many bunkers of enemy even after being seriously injured was honoured with highest gallantry award Pramvir Chakra, while Captain Balwan Singh who lead 18 grenadier commandos team honoured with Mahavir Chakra and captain Sachin and Havildar Madan Lal were awarded Vir Chakra. Leader of 18 grenadier also known as Kargil war Hero awarded Yudh Seva medal.
Khushal Singh Thakur hails from district Mandi of Himachal Pradesh native of Nagwain village situation on the boundary of District Kullu and Mandi.
Even after retirement from army he always remains active especially when it comes to raise voice for justice and rights of common people. Presently he is working as a president of ‘Fourlane Struggle Committee’ , a committee continuously raising voice for appropriate compensation for four lane project victims.