Manali: A sizeable portion of a busy road — the intersection between Jagatsukh village and Nagger Road — caved in on Tuesday morning. The cave-in was caused by heavy rain in area and at the same time foundation was dug for new bridge, said officials of PWD.

Traffic was stopped on the damaged road as only a narrow stretch was left between the bridge and connecting road to Nagger .

“It happened in the night. We had been repairing a damaged road by placing the mesh wire near the bridge. When I came to work this morning, I saw this huge slide,” said a PWD worker. 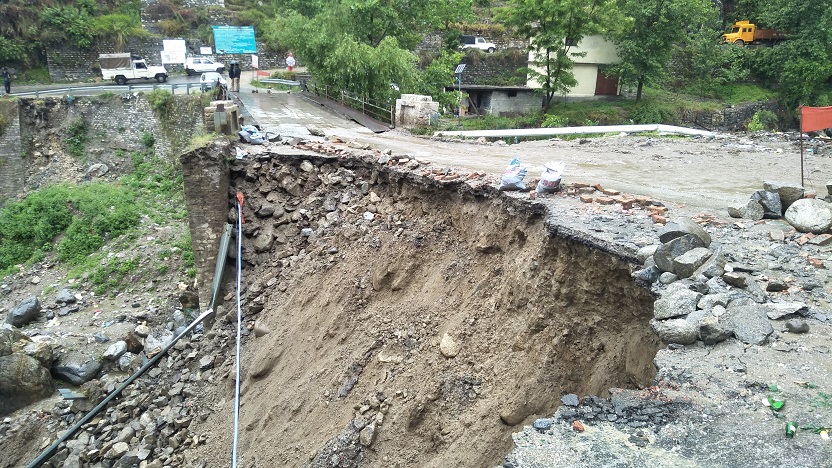 Terming the cave-in a “heavy” one, a PWD SDO Pawan Rana said, “It is 50 meters deep and 5 meters wide. The problem was detected almost immediately and no one was injured. The portion has been cordoned off”.

The damage to the road was “massive” and it would take about a two week to repair, said the Pawan Rana.

However, administration officials have to first wait for the Public Works Department (PWD) to repair the road.

“The road and bridge is more than 50 years old. It connects Nagger to Manali town The PWD had been working on another new bridge on the tributary of jagatsukh from the last few weeks. But this cave-in happened because of seepage of rain water at site of foundation where the foundation of the new bridge work was carried off. There are telecom cables, electric power lines, water pipes and many other lines under this road which are to be replaced said Rana. 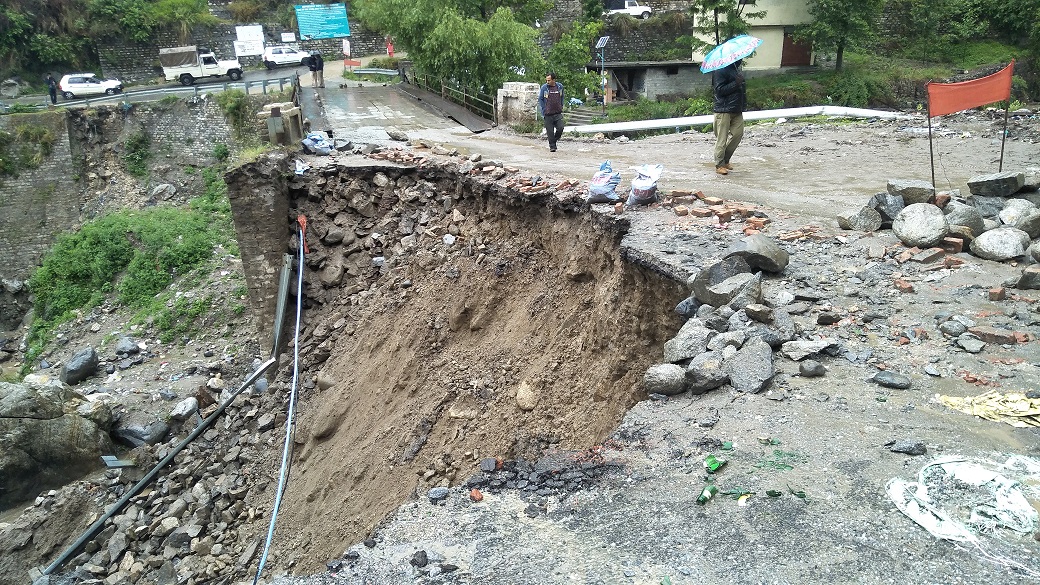 Moreover the daily commuters from left bank villages who go for their daily needs and work to Manali town were affected. Sham Lal of left bank Karjan village said we are worried if we have to take the patient to hospital we have no choice rather than to take long route via Patlikuhal to Manali

Sunita Devi student of computer science said that now I have to take longer route and spend one and half hour to reach Manali town instead of half an hour.

Left bank hoteliers are worried about the fate of their guest as tourist season had already started and small time tourist related establishments on left bank will be worst affected.