For a long time, at least since I met him in Dharamshala, in 2001, when I was Chief Engineer, there, I have been fascinated by His Holiness Dalai Lama. I trust the positivity in him and feel the vibrations while he holds my hand. 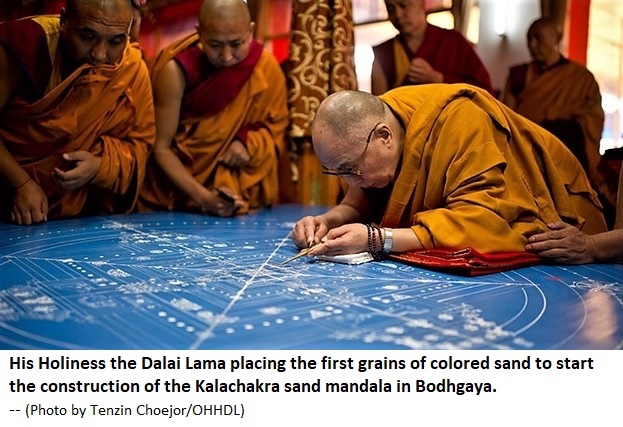 Knowing of his ‘Engineering’ bent of mind, a scientist’s approach to life, respect for Environment as also his hobbies made me and my sons feel good having something in common with this kind human being. Besides, having a wonderful collection of watches, my school going boys liked playing with the Angora rabbits in our, ‘in house’ mini zoo. 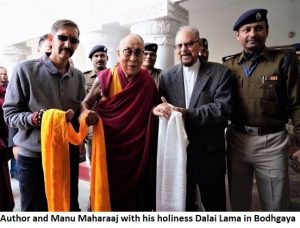 During my last stay in Patna with my son Manu Maharaaj , the news of Dalai Lama’s  stay in Bodhagya, only 100 miles away, enthused  me with the prospect of meeting him and I , fortunately ,did ,courtesy, Mr. Wanchuk ,OSD, Central Tibetan Administration.

His Holiness the Dalai Lama was on a month-long stay to give the Kalachakra teaching and Initiation for the 5th time, in January, 2018. 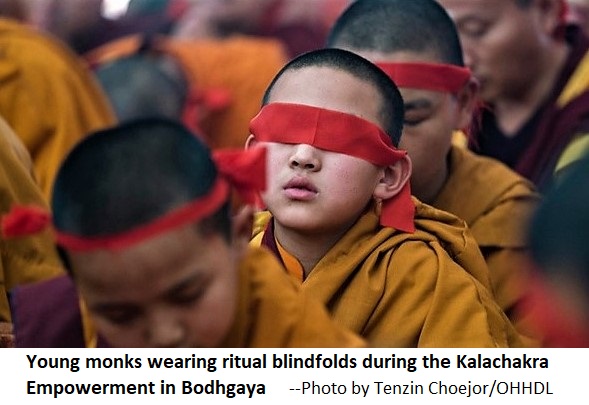 Back home, studing whatever literature at hand and with inputs from Bodhgya temple Management committee (BTMC), ‘the U.S.News & World Report library staff’ etc.

Whatever facts I could correlate are as under:-

I wonder if it were the philosophy of the woman empowerment, yet the Dalai Lama stated in 2007 that the next Dalai Lama could possibly be a woman, remarking, “If a woman reveals herself as more useful the lama could very well be reincarnated in this form”.

“Kalacakra” is one of many tantric teachings and esoteric practice in Tibetan Buddhism. It is an active Vajrayana tradition, one offered to large public audiences. 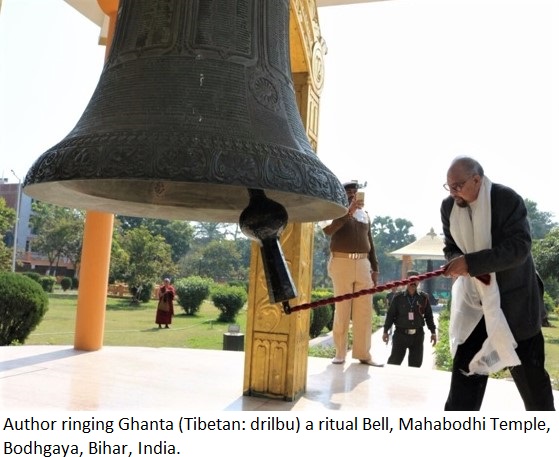 The Kalachakra, a term used in Vajrayana Buddhism that means wheel of time or “time-cycles”, has been integral to Tibetan culture and science since it reached Tibet 1,000 years ago. The tradition is a form of nondualism, and it is believed that the Kalachakra was taught by the Buddha himself.

The relevance within the Tibetan context is obvious, but what has the Kalachakra to offer the rest of the world? 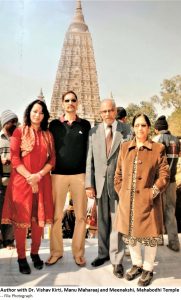 When asked on his website what the purpose of life is, the Dalai Lama’s response was, “to be happy.”