We all know that the good Lord, when in a sanguine mood, could turn water into wine. But the Chief Minister of Himachal Pradesh, Mr. Jai Ram Thakur, has now gone one step further: he proposes to turn wine into milk! In the budget for the new year, presented by him last week, he has imposed a cess of two rupees on every bottle of booze sold in the state. He expects to garner Rs. 16 crore by this epiphanic measure, of which Rs. 8 crore will be spent on improving the ambulance service (which primarily caters to drunkards, driving and driven, in any case) and – note the brilliance of the fiscal strategem – Rs. 8 crores on setting up gosadans and goshalas. These poor stray animals, now rehabilitated, will naturally produce an abundance of milk, thanks to the 800,00,000 bottles of hippocrene that the 60,00,000 happy Himachalis will now imbibe with even greater gusto than heretofore, since its all being done in the cause of the gau mata. How can one say no to that fifth peg, knowing fully well that a refusal will deprive some toddler in Dodra Kwar of a cup of milk? One for the road has now become one for the brat! 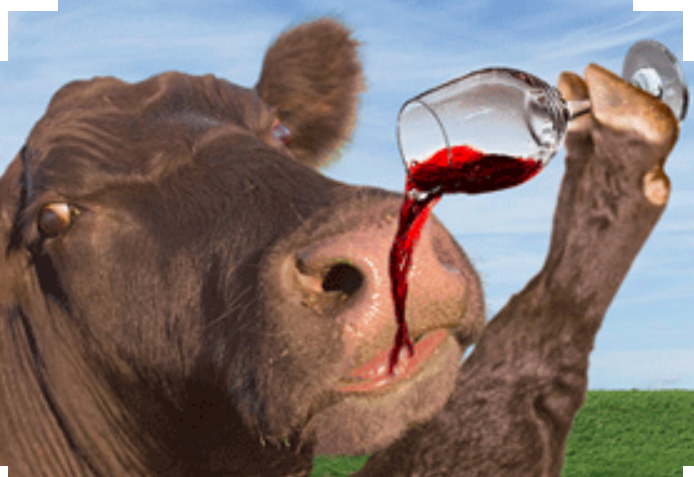 Mr. Thakur’s cross-subsidy idea is a master stroke: the more one drinks, the more one contributes to (a) the nutrition of children (don’t forget, almost 38% of India’s under-fives are malnourished), and (b) the welfare of an animal on the back of which the BJP is riding to victory, as surely as Porus did on the back of his elephants. Both Mr. Nadda and Mrs. Maneka Gandhi would be overjoyed. On the other hand, if the additional cess dissuades people from drinking, then again the Chief Minister can claim credit for the arrival of the age of abstinence. As you can see, dear reader and dear tippler, it’s a win-win for him. There is much that the ham handed Chief Minister of Bihar, Mr. Nitish Kumar, can learn from our CM. The former’s policy of forced prohibition has benefited neither his voters nor his exchequer nor his cows. The policemen and rats – yes, rats – we are told, are the only happy lot. It has been reported that last year about 8,000 bottles of seized liquor mysteriously disappeared from a police station in Bihar. The official explanation proffered was that rats had drunk all the liquor in the malkhana! And so the Pied Piper of Champaran is happily leading his flock to the elections in 2019 – who knows, its difficult to predict anything in Bihar – by then these rats will probably have Aadhar cards and Voter IDs. Mr. Nuttish Kumar may, or may not, win that particular election, but Mr. Jai Ram Thakur can now tell him, with a not so straight face:

Tourism has become the most insidious and pervasive of all human activities: more than 3 billion tourists tramp all over the globe every year, and no place is safe from their damaging footprints – from the Negev deserts to the Amazon rain forests, from the frozen wastes of the Antartica (yearly visitors-30,000) to the crawling slums of Manila, from the junk-strewn heights of Everest to the stygian depths of the Mariana trench. This hydra-headed monster has sprouted many tentacles – food tourism, temple tourism, casino tourism, graveyard tourism, sex tourism, war tourism, adventure tourism, wild-life tourism – no aspect of human or animal life is safe from a tourism tag. But even by these fecund standards the latest form of tourism being offered by the Delhi govt. is innovative and ingenious and could have been dreamt up only by a bureaucracy with far too much time on its hands.
The authorities of Delhi’s Tihar Jail (the largest jail in Asia) have just launched what they call “Jail tourism”. For a charge of Rs. 500 per day tourists can spend upto one week incarcerated in Tihar, living the life of a convict: staying in the rat infested cells, eating the maggot infested food, following the typical prison regime. I find this inventiveness both pathologically fascinating and puzzling, for a number of reasons.

Firstly, what kind of masochistic streak would drive a person to volunteer to enter Dante’s world, especially when there are no guarantees that he would ever get out? It is common in Indian jails for detainees to be forgotten, all paperwork lost, no record of their arrival. It is more than likely, therefore, that such a sucker tourist would then have to resort to another potential brand of tourism – Habeas Corpus tourism – before he can be released!

Secondly, which idiot will spend money to get inside a jail when he can do it for free? All he has to do is draw a cartoon about the Prime Minister, or yell “Bomb” in an airport, or carry a seekh kabab in his car, or comment about the RSS’s shorts, or forget to stand up for the national anthem, or stroll down Hazratganj with a girl – and he’ll be in Tihar before he can say Jai Hind. This is the most obvious flaw in this business model, in my view.

It strikes me that this idea would be more useful as a training module for our rulers rather than as a tourism template. The Department of Personnel may like to consider the following. There should be a training-cum-exposure course for all our decision makers – Ministers, bureaucrats, bankers, industry honchos – in Tihar: a one week capsule of total incarceration. This should replace the present modules: stints in foreign universities where we come back with a Smriti Irani kind of “degree” and lots of purchases from Macy’s, Walmart and Oxford Street; “mid-career” courses in Mussoorie where we catch up with batch-mates, drink chhang in Happy valley and try to resuscitate old liaisons with lady officers who did not marry us because we had the wrong cadre. Of late the govt. has started another kind of training – despatching officers to various ashrams and godmen to imbibe transcendental values. This too should be discontinued because all the chaps learn there is to breathe in deeply -the “Kapal bharti”- before rejecting a file, or to say OM! loudly while accepting the gold biscuit disguised as a “kaju ki barfi” at Divali. No sir, abolish all these in favour of the Tihar capsule.

I can almost guarantee a sea change in those who attend this course, which will essentially be a preview of what they will be in for- for a much longer time, of course – if they continue with their shady ways – the LOUs and LOCs, the tinkering with the tender, the hidden NPAs, the suspicious selections and appointments, the surreptitious issue of approvals, the police “encounter” at midnight and other routine moments of life in govt. I learn on good authority that Dante had a visual premonition of Tihar when he penned his Inferno. Life in this purgatory can be pretty difficult – even after you get used to the “food”, the beatings, the extortions, the mosquitos, rats and cockroaches, you still have to go through the trial by fire – having a bath in one of the loos. If you drop the soap in the bath you never – NEVER- bend to pick it up. Get it? I’m sure those of the readers who have been to boarding schools like BCS will understand!

The point I’m making is simply this – if our policy makers are exposed to a week in Tihar as state guests it will do more to improve the government’s functioning and probity, and dissuade any malfeasance, than a lifetime of Colombo Plan training courses. Lets give it a try – at worst, we’ll never hear of some officers and Ministers again: that’s a price the nation can live with!