A brief history of India in French published in 1552, just before Emperor Akbar reclaimed the Mughal empire in 1556 after a battle victory in Panipat, is a rare gem with Maria Brothers, an antiquarian bookseller.

Weighty tomes covered with a sprinkle of dust line the shelves of this bookstore, tucked into a corner of Mall Road, Shimla. The shelves are altars for the inveterate collector with deep pockets.

Striking a conversation with Mr. Rajeev Sud, the propeitor, elicits the story behind the store, and the dying business of antiquarian books.

When Mr. OC Sud, a geographer who taught in Lahore, left the city before Pakistan came into being and moved to Shimla, where he couldn’t find a job. Sud’s love for books founded Maria Brothers in 1946. He switched to antiquarian books only later in 1951. 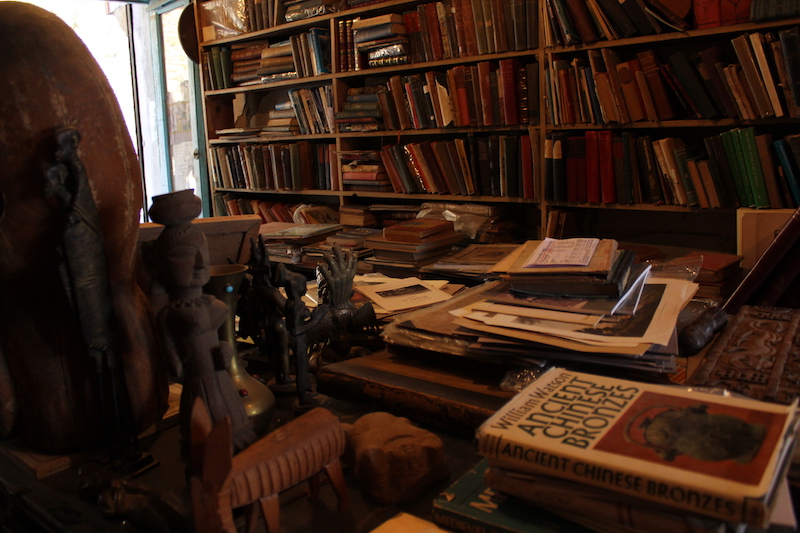 “He established the store as one that specialises in antique travel and history related books,” says Rajeev Sud, his son, who has inherited the bookstore after his father’s death. Over the decades the store has attracted widespread attention, which counts Benazir Bhutto and Edmund Hillary as its customers.

The 14th edition of Encyclopaedia Britannica, published in 1929, sits on a shelve alongside an edition of the Illustrated History of India. Volumes on game birds and insects in India, published in London, share space with collected volumes of journals like – Young India, Punch and Shimla Times.

A copy of a presidential address made to the Indian National Congress is wedged in a corner. Travel and history, bound in cloth and engraved with gold lettering, beam down from the shelves.

“There are a few left in Calcutta, one in Mysore. Most of these books are expensive and therefore find few takers. Some of them are dead investments as they could lie on the shelf for a long time waiting for a buyer,” he adds. 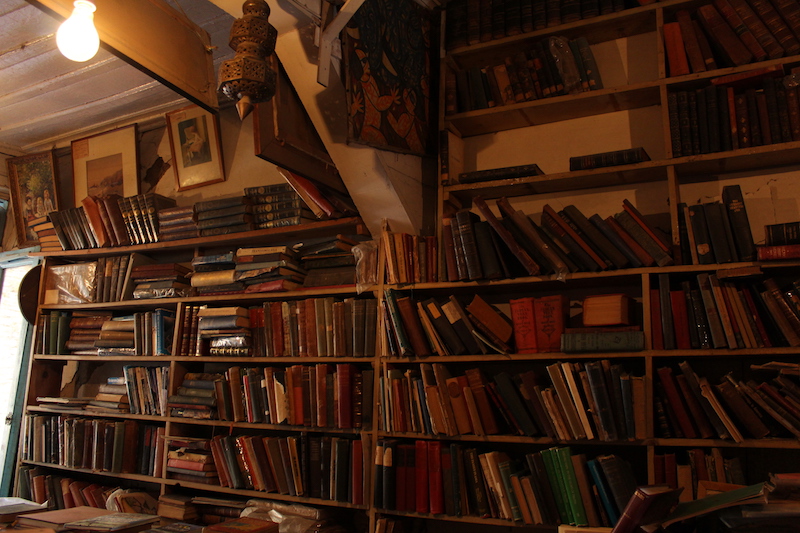 He judges the date of the books based on the quality of paper used, the kind of printing applied, whether it is wood block printing, copper plate printing or stone plate printing, for those books that don’t have a specific date on them.

“Dealer to dealer, the trade is more on faith.”

Will a system of antiquarian book fairs, like the ones held abroad, help the business?

“That may not work in India,” says Mr. Sud. “The cost of transport and the pavilion charges, besides lack of security are deterrents.”

Has he considered moving to Delhi or Chandigarh where the business might be better?

“It isn’t particularly flourishing in Delhi either,” he laments. “People don’t have time to read anymore. Besides, everything is digital now and available on the net.”

Sud is looking to give Maria Brothers an online presence should he be able to find someone who can catalogue the collection accurately.

At the foot of the shelves are boxes containing old maps detailing sections of colonial India, topography maps and prints. Some of the sheets are fragile and yellowing.

“Preservation in Shimla is not much of a problem since the weather is conducive,” he says. “Humidity levels are lower than that in the plains.” 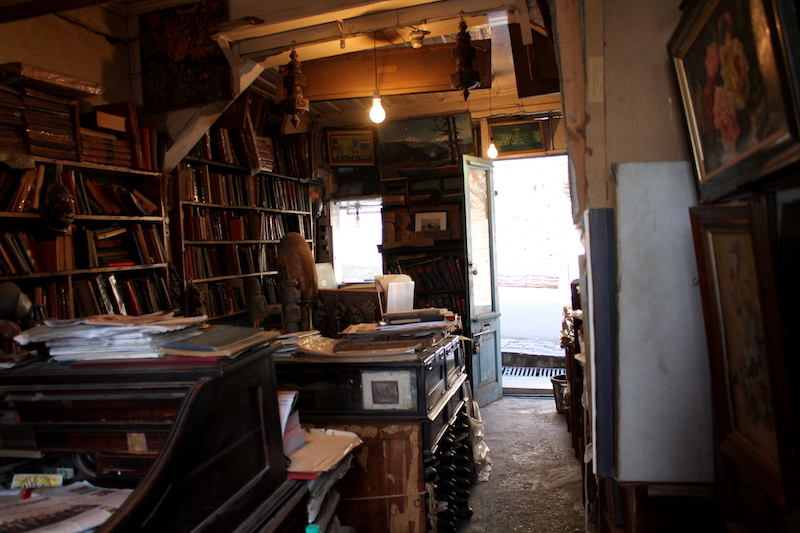 A collectors item, one of the first facsimiles of the American Declaration of Independence is currently in Mr. Sud’s possession. His father had stumbled upon it tucked inside a book that he had bought. The Declaration is on handmade parchment paper. Preserving that must be a task?

Buying books for investment has not caught on much in India. Seventy percent of Mr. Sud’s customers are foriegners.

“The quality of old books abroad is better. They are in mint condition. In India, this is not so. That says something about the way we handle our books,” he says.

A royal red copy of EJ Buck’s Shimla: Past and Present prominently lies on the table in the middle of the store, conspicuous in its newness.

“He’s the authority on Shimla,” says Mr. Sud. “Not many histories have deviated from his colonial one.” The edition is new, but the book isn’t incongruous with the fading covers it accompanies.

Unlike the more modern book stores down the road, the shelves at Maria are an exercise in searching without quite knowing what to look for.

The crannies can take one by surprise.