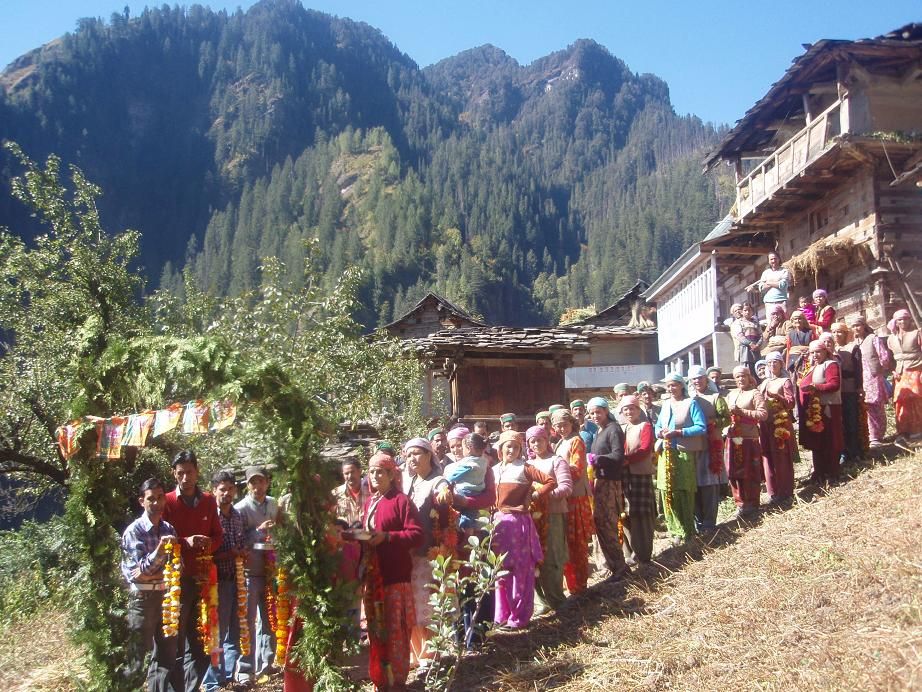 Stuck between a Congress – BJP political polarity since the early 1990s, Himachal Pradesh is to hold another general assembly election drawn on the same battle-lines, the schedule for which was announced by the Election Commission yesterday.

Chief Election commissioner AK Joti announced that the last date of filing nomination is October 23, polling would take place on November 9, but the result would be declared only after polling for Gujarat assembly is over on December 18.

With elections announced, the election code of conduct has come into effect in the state.

The outgoing assembly, which completes an uneventful 5 years in office, has 36 Congress members, 26 BJP, 1 Himachal Lokhit Party (later merged with BJP) and 5 independents, in a house of 68 members.

The 2017 election promises to be some interest where Congress has come to rely on tested and tried but an old order leadership of 6 time chief minister Virbhadra Singh. Party vice-president at a pre-election rally in Mandi publicly declared that Singh would be the party’s choice for a record 7th term chief minister.

Virbhadra Singh at 84 began his political career by contesting the Lok Sabha election of 1962 and has served in Mrs Indira Gandhi and Manmohan Singh cabinet, other that being a chief minister of the state collectively for about 22 years spread over 6 terms

Banking of Prime Minister Narendra Modi’s image, BJP is on the upbeat and hopes to wrest power from the Congress. History is also on the side of BJP, as power has alternatively swung from Congress to BJP and from BJP to Congress for decades as no chief minister since Dr YS Parmar resigned from the post in 1976 has repeated a term in office.

While congress had declared its chief ministerial candidate, the political churning in BJP of old versus new leadership has left the question open. The party has let its intentions be known of contesting the polls with Modi being the united face for the party.

Addressing a pre-election rally at Bilaspur, Prime Minister Narendra Modi praising the initiatives taken by cabinet colleague JP Nadda in promoting public healthcare in the country was taken as an indication of the partyline for projecting him as a chief ministerial candidate.

Former chief minister Prem Kumar Dhumal not finding much support from Modi at the  rally, nor the party declaring him as the chief ministerial candidate has left the question of him be name for the top post wide open.

Having faced the opposition’s brunt by being labeled as a ‘tired and retired’ government, where governance, law & order took a back seat, and the chief minister through the 5 year term was seen fighting serious corruption charges over alleged disproportionate assets, the congress party is down but not out. BJP instead of going on the offensive to gain political capital is cautious, is fighting a closet war over leadership and is left defending the massive disruption caused by demonetisation and a faulty implementation of GST.

The trader and small business community, who were the strongest votaries of BJP, are up in arms after being hit the hardest by demonetisation, GST and changing economic policies of the Modi government.

The state has had no strong third force

Former telecom minister Sukh Ram on being caught in a corruption scandal floated Himachal Vikas Congress (HVC), a regional outfit, after being expelled from Congress before the 1998 elections. By winning 4 seats, HVC held the balance of power and supported BJP to install the first Prem Kumar Dhumal led BJP-HVC coalition government that year.

Breaking away from BJP before the 2012 election, Maheshwar Singh, a former BJP state president, was less successful. Though he was able to win the sole seat for the newly floated Himachal Lokhit Party and was instrumental in defeating BJP candidates in some seats that tilted the power game in favour of Congress, but the experiment for a regional party startup again failed.

The Communists are a  marginal force in Himachal and have some pockets of influence. However, the party has been unable to win an assembly seat for decades.

Interestingly, there are a number of new aspirants who have shown interest in contesting this election, either of a ticket from BJP or Congress and are also open to contesting as independents.

An Gurkha ex-serviceman from Dharamshala, a expatriate with a flourishing business in Saudi Arabia has thrown his hat for the Jogindernagar seat, many retired officers from state and central services, some doctors have resigned from their jobs and a lot of young candidates hoping to enter the assembly will make this a keen election to watch out for.