Being a snailure than a failure!

I noticed in the dark a shell snail move imperceptibly up the cold glass of whiskey. I flicked it away at once into the night (which is day for them), grimacing and wondered if I was sitting on one. (A few nights later it appeared to be back, sniffing for the whiskey glass. And it had brought a partner along!). Snails were everywhere in damp, rainy Dharamsala and my balcony was no exception. On particularly wet days the balcony turns into a virtual ‘snailarium’! Only, what they are searching remains an enigma. But they certainly take their sweet time, much like our Ph. D. researchers going about pursuing the uncertainties of their quest. A gardener in England, fed up when snails kept coming back to her garden after being thrown over the wall, began to wonder if these humble creatures have a homing instinct? Initial observations indicated that snails do find their way back and so began a nation-wide experiment involving thousands of ‘researchers’ including children to report on ‘homing’ among garden snails. Later research showed that this homing instinct of snails works only over short distances and when thrown over 20 metres away they seem to lose their way much like husbands do when shopping with their wives.

Shimla too had snails and slugs all over during the rainy season. As kids we had a cruel way of dealing with them, but it was more for sadistic pleasure. We sprinkled some salt on the creatures and on earthworms (who also moved about freely when it was wet), and intently watched, drool dripping from our mouths, as they wriggled and wreathed and often died. Present day killers of gastropods are of course the wheels of polluted progress. Ironically more earnest pedestrians fall victim everyday than snails to merciless traffic, irrespective of the season! There could be much to learn from snails about taking it easy. Being a snailure than a failure.

Like in my balcony on rainy nights, snails are all over the world. With over 60,000 known species, snails are found in every conceivable habitat. You name it and there’s a snail there, moving stealthily on its muscular feet lubricated with its mucus, leaving behind a trail, like the wake of an ocean liner. These mucus trails are the olfactory pathways snails follow to catch up with other snails or to return home. Snails are amazingly self-sufficient; carrying its own house on its back all over the place. Most snails are hermaphrodites but still seek partners (remember they are nocturnal) and in its life span of 3 to 5 years, a single snail can grandmother about a 100,000 grandchildren! Fortunately, there is no attempt to lower infant mortality among snails. 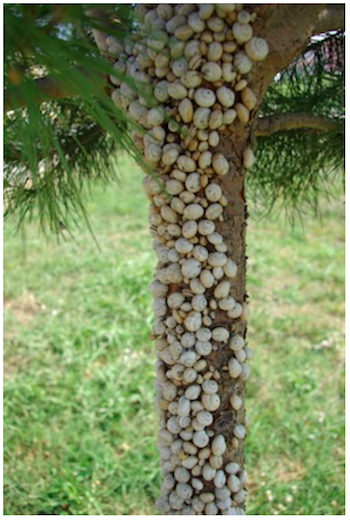 Sadly, just as for lakhs of other species including Homo sapiens, the threat of climate change looms over these defenceless gastropods. A study shows that ocean acidification due to our collective sins is causing severe dissolution of the shells on sea snails. Analogous to what acid rain is doing to forests across the high PPM countries. I wonder how the acidification of our soil due to huge pine monocultures in Himachal are affecting the resident snails? So, as the snail shells wear thin and ultimately dissolve, will then we be left with only slugs? 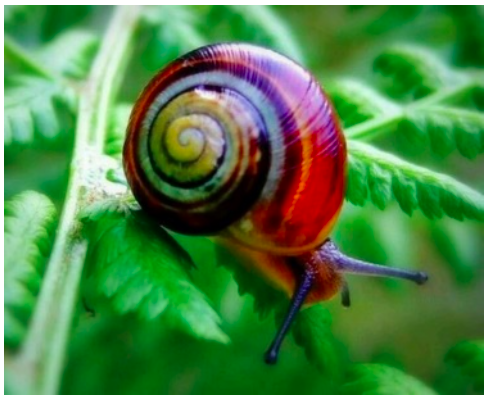