It all actually started with Moses, he of the flowing white mane and AMS (Anger Management Syndrome), when he descended form Mount Sinaii clutching the tablet on which were inscribed the Ten Commandments. It WAS a tablet, and not an IPad or Notebook, my extensive research has revealed, and the ten edicts were burnt on to it, not downloaded from the Cloud. In fact there was very little of downloading or uploading going on it those hoary days, except the uploading of salt from the Dead Sea (it was very much alive then) onto ships by the Tatas, owned by a patriarch called Cyrus the Great, better known as Cyrus Mystery. In any case, the point I am making in my own befuddled way is that the Commandments laid down a code of conduct by which the Israelis were expected to live and die (mostly the latter in those intolerant days) and which they now use to build settlements on the West bank and Gaza.

Even more important, however, the Ten Commandments of Moses established a trend which has continued to this day. Every organised group of people now are required to have a set of rules (engraved in stone, naturally) by which they are expected to function and through which they retain their distinct identity. The doctors, for example, have the Hippocratic Oath, the Mafia has its Omerta, 18th century Europe had the Code Napoleon, the Freemasons have the peculiar handshake and twitching eyebrows, the BJP has its own dictum (“Who says you cannot fool all of the people all of the time?”), the Congress, notwithstanding all its scams, has a simple credo (“The buck stops here”) ), the Income Tax Dept has also devised one, post demonetisation (“Zindagi ke saath bhi, zindagi ke baad bhi”) and so on. I hope you get the point. 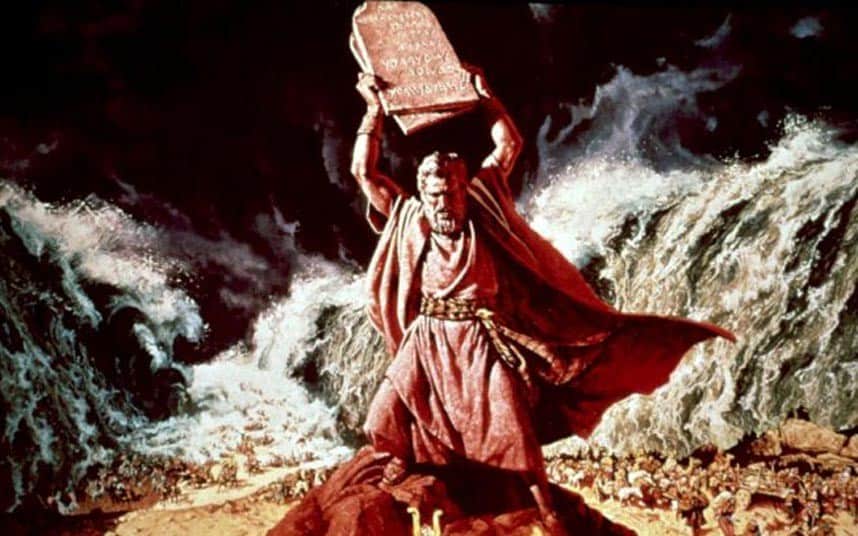 The IAS could not be long exempt from this universal imperative and therefore, after sorting out the initial teething problems (should their dress code be the loin cloth or the safari suit ? should a lady Director be designated a Directory ? does a round of golf or rubber of bridge at lunch-time qualify as public service? etc.), it too has come up with its own code. It is not known when and where the IAS Commandments originated, but it is suspected to have been brewed in Happy Valley of the National Academy at Mussoorie, along with the local hooch known as “chhang”. Happy Valley, incidentally gets its name because of this “chhang”: probationers who go into it every day to face the tortures of horse riding and “shramdan” return happy and elated after imbibing a kettle or two of the concoction, somewhat like the sceptics in Mathew Arnold’s poem who went to church to scoff but stayed to pray. Commandments 3, 4 and 6 do reveal the distinct imprint of “chhang”. Later, when the probationers were dispersed all over India in the manner of Jumlu Devta scattering an assortment of Gods all over Kullu district from the heights of Chanderkhani Pass, these Commandments permeated the entire service and have come to stay. This Code has not yet been notified in the official gazette or included in the Directive Principles of the Constitution, but it has stood the test of time and enabled the service to retain its distinctive style and elan. It has stopped in its tracks latter day reformers who have presumed to “improve” this twice born service by shenanigans such as renaming the Planning Commission as the Nutty Ayog or replacing the Empanelment process with an Impalement process. Coincidentally, it also contains ten edicts or commandments, and is reproduced below for the benefit of those who aspire to be a number on the civil list: