Sushma Verma, the wicket keeper of the Indian Woman Cricket team which lost the World Cup in a nail-biter final at Lords London by just 9 runs, has been offered a post of deputy superintendent of police by the Himachal Pradesh government. Ms Verma is a resident of Himachal. 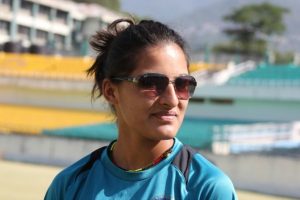 Chief minister Virbhadra Singh in an official communique has stated ,”Being proud of her achievement in the International Cricket arena the state government has offered post of deputy superintendent to Sushma Verma .”

The government has offered her the post of DSP in HP Police as she has brought laurels to the state and to the people of Himachal Pradesh by excelling herself in international cricket.

Belonging to Himri Panchayat in Shimla Rural, an assembly segment represented by the chief minister , Sushma is the wicketkeeper for the India’s Women Cricket Team.