I am now 66, and as the aging process proceeds inexorably one is coming to accept one of the more poignant downsides of growing old: one is now in the zone where one loses a friend, colleague or close relative each year. In the last year or so I have had to bid farewell to two colleagues, one uncle, two aunts, one sister-in-law and my father. They are fond but painful memories now: it hurts not to be able to speak to them anymore, but the pain, I find, is somewhat tempered if one speaks ABOUT them sometimes, in a way reliving the time spent with them. 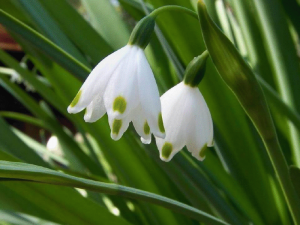 Two friends handed in their premature resignation letters this last year: Sudripta Roy and Jai Prakash Negi, both colleagues who left a lot behind by which to be remembered.

Sudripta was only 62. Blessed with boyish good looks, he was a quintessential Bengali – charming, intelligent, cosmopolitan, gregarious, social, but what I liked best about him was his outrageous sense of humour and impish nature. A raconteur par excellence, always ready with a joke or a laugh, he was great company of an evening, a competent imbiber and trencherman. But he was also a polished bureaucrat who took his career seriously, and it surprised no one that he became Chief Secretary. He had a well thumbed copy of the IAS Civil list with him in which he had, quite early in his career, worked out when he would become Chief Secretary ! This was arrived at by a process of crossing out the chances of those senior chaps who would not make the grade, for various reasons: too old, too stupid, attachment to Delhi, politically intractable (he put me in this category, quite rightly as it turned out!), too upright, and so on. He was right in most cases, I believe. Chandana should preserve that copy of the Civil list.

In the early 80’s we were both Deputy Commissioners – I was in Bilaspur and Sudripta was in Hamirpur. In those days DCs had to manage with broken down Ambassador cars which used to catch fire every second week. Sudripta’s car was in an exceptionally derelict condition and he had been waging a long but losing battle with the Finance Deptt for a replacement: FD, like a contrary virgin, would just not say “yes.” Sudripta decided that conventional warfare would be pointless and some guerrilla tactics were in order.

The then Chief Secretary had called a meeting of all DCs in Shimla . Now, no one in Himachal took Mr. Tochhawng (the CS) lightly, primarily because he was six feet four inches tall, just as wide and a no nonsense man , though with an equally large heart of gold. He once came to my official residence in Una for dinner, noticed that it had no boundary wall ( the obdurate Executive Engineer refused my pleas to build one and I was then too callow to have learnt the magisterial arts of arm twisting other departments). Mr. Tochhwang immediately rang up the Chief Engineer and ordered the wall to be constructed within two weeks. When I thanked him he winked at me and said: ” Can’t have all those chaps on the road ogling at the DC’s pretty wife, Shukla, can we ?” The wall was up in one week.

Coming back to the DCs’ meeting, we were all seated five minutes before the appointed hour. All except Sudripta. Mr. Tochhawng came in, noticed the empty seat and waited. Ten minutes elapsed and we could see the pressure building up inside the CS, as in a volcano. Fifteen minutes and still no Sudripta. Just as we prepared ourselves for a Krakatoa type explosion Sudripta rushed in, but what an apparition he was!- unshaven, bloodshot eyes, clothes dirty and torn, rumpled hair with wisps of straw sticking out, stinking like a gaushala ! In response to the roar from the Chair he explained that he had left Hamirpur the previous night, his car had broken down near Ghumarwin, no one would give him a lift at night (there were no cell phones then, remember, and no PSOs) so he spent the night in a roadside ditch. In the morning he managed a lift in a truck carrying goats for Shimla, here he was, and would the CS be kind enough to excuse his tardiness. To cut a long story short, Sudripta went back to Hamirpur that evening in a brand new car, to the envy of eleven other DCs who could only admire his ingenuity. In later years we did ask Sudripta whether he had made up that story, but he would only smile: a master craftsman doesn’t reveal his secrets, after all !

Jai Prakash Negi (universally known as JP) was my batchmate: he passed on last year. He was, in many ways, quite the opposite of Sudripta: if the latter was an open book, JP was a book whose pages had to be prised open one by one. A wonderful, sharing and caring friend he was by nature secretive; a typical bureaucrat, getting any information from JP was like extracting water from a stone. I once spent 15 minutes with him on Platform no.1 of New Delhi station trying to find out what his sons (he had twin boys) were doing: at the end of this period all I learnt was that they were alive and doing well!

JP was modeled on Mr. Micawber of Charles Dickens’ Pickwick Papers fame; he always used ten words where one would have sufficed. A conversation or meeting with him was a Ring Road experience: going round and round and never coming to the point. I first met JP in the Academy at Mussoorie; on learning that I was posted to Jwalamukhi for my revenue training I sought him out to find out the route to the place (I had never been north of Murthal in my life). JP was very helpful and after half an hour of detailed directions I thought I had grasped it. Little did I know at the time JP’s powers of obfuscation: I followed his instructions to the T- and ended up at Jogindernagar!

I will always be grateful to JP for having introduced me to that most wonderful of places- Kinnaur. This was his home district, of course. While under training at HIPA in Shimla JP invited me to come with him to his village, Baturi in the Karcham valley. I accepted happily and we set off in an HRTC bus, half of whose seats were occupied by goats returning from their winter pastures in the plains. JP had also forgotten to inform me that Baturi was situated 2500 feet above Karcham and had no road: it was a straight climb ! The afore mentioned goats had no problem negotiating that sun-baked mountainside but my Charminar lungs made heavy weather of it. Baturi was heaven and Eden combined and I witnessed at first hand the amazing hospitality and conviviality for which our tribal areas are justly famous. JP’s father (a Forest Range Officer) was also there to welcome me, and father and son ensured I remained drunk on the local “angoori” or ” ghanti” for the entire duration of my visit.

They are gone now – Sudripta and JP, leaving us with a whole host of memories for which we can only humbly thank them. But they have also left behind a lesson for us, at least for those of us who are approaching the autumn of our lives: there is a price to be paid for getting old, and the gradual loss of friends, and those we love and cherish, is part of this price. Robert Browning in a poem wrote to his beloved wife, Elizabeth Barrett Browning: ” Grow old along with me, the best is yet to be”. I can wish nothing more for my friends- and for myself.