Governments formed as a result of elections are never representative of what the people want....

Somebody on TV the other day termed Indian elections the largest organisational exercise in the world. Perhaps it is, but how accurately does it reflect our diverse 1250 million people ? How representative are our governments ” manufactured” by these elections? Consider some figures. Women constitute almost 50% of the electorate but very few are given tickets ( even the fortunate few are usually wives, sisters or daughters of the even more fortunate ). The result ? There are only 7 women Ministers in the current Union Council of Ministers numbering almost 80 worthies. Only 64 of 542 MPs in the Lok Sabha come from the fairer sex; the figures for the Rajya Sabha are an even more dismal 27/245. Muslims constitute 18% of the population but number only 3 in the Union Cabinet. Even this is a huge improvement over the state of their representation in the states where the BJP has governments: in them there is only one Muslim among a total of 151 Ministers.

India’s per capita income is Rs. 93,231. But don’t believe this for a minute; its a distorted figure, pushed up by the  incomes of the 14800 multi-millionaires( assets of Rs. 61 crores and above), the 1,37,100 ultra High Net Worth Individuals( assets of Rs. 25 crore and above), the 24.40,000 asessees who declared an income of more than Rs. 10 lakhs in 2014-15, the 750,000 who deposited more than Rs. 2.50 lakhs each in their bank accounts post demonetisation. If one factors in these super rich the average income of the average Indian would be closer to something like Rs. 10000 to Rs. 15000 per annum. And don’t forget the 300 million below the poverty line. But is this reflected in the representatives we elect to our Parliament and legislatures ? The flavour of the answer lies in the figures just released by the ADR ( Association for Democratic Rights), the leading election watch dog, relating to the MLAs just elected to the Uttar Pradesh Vidhan Sabha. Of the 403 MLAs elected as many as 322 are crorepatis ( assets in excess of Rs. 100,00,000 !0 This may not be representative of the electorate but is certainly representative of all our legislatures, Parliament included. And here’s the clincher- a full 75% of the total seats were won by one of the three richest candidates in each constituency, more than one third by THE RICHEST CANDIDATE.  The old adage- India is a rich country with poor people- has been upended: we are now, more accurately, a poor country with rich people! 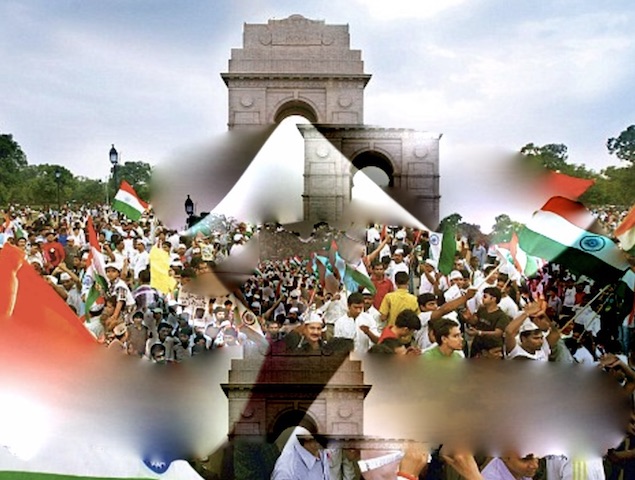 Sticking with UP, and if we deem our legislatures to fairly represent us, then every third person in UP  is an alleged criminal. The same set of ADR figures( based on filings by candidates with the Election Commission of India) reveal that 143 of the new UP MLAs have criminal cases registered against them- more than one third. Purely statistically, ours then is a country awash in riches and crime.

Most important of all, however, is the fact that the governments formed as a result of elections are never representative of what the people want. They do not have the support of the majority of the population, not even the support of the majority of the people who voted! They are usually all minority governments. An analysis of the results of the elections just concluded in UP will make this point clearer.

The overall voting percentage was 61%. Of this, the BJP ( which won with 312 seats) secured the highest-39.7% and formed the govt. Does it faithfully represent the wishes or preferences of the people of UP ? No. it does not. Because what these figures mean is that only 24 out of every 61 voters who cast their votes  voted for the BJP. If we factor in the persons who did not vote at all, then the figure becomes 24 out of 100. The same is true of Punjab where the overall voting percentage was higher at 65% and the Congress won with 38.5% of the votes cast. This means that only 26 people out of every 100 in Punjab voted for the Congress. The same peculiar circumstance applies to all elections in India including to Parliament. Governments formed as a result of such voting may claim to be the largest single parties, but they cannot claim to enjoy the confidence of the majority of the people by any means.

This peculiar lacunae arises because of our ” first past the post ” system, in which whoever secures the highest number of votes in a constituency bags the seat, regardless of the actual number of votes he gets. So, though BJP secured only 39.7% of the votes cast in UP ( or only 24% of the total available votes)  it yet won 75% of the seats. Sometimes the working of this FPTP system can result in bigger distortions: in both Manipur and Goa the BJP got more votes than the Congress but ended up with fewer seats! Punjab is even more grotesque: the AAP got 7% lesser votes than the BJP+SAD combine, but ended up with 2 more seats.

Some countries have found ways to correct this unsymmetric situation. Voting is held over several rounds till only two contestants are left in the field, of whom obviously one has to secure at least 51% of the votes cast in order to win. Others have a preferential vote system where both first and second preference votes are cast and tallied to determine the winner. As regards the representation of women and minorities, or the domination of money power, these are social issues which require an enlightened society and a progressive govt. to resolve. We, unfortunately, have never had one and are not likely to have one in the near future, either. We will continue inane debates about EVMs and Code of Conduct, wallow in our majoritarian and patriarchal mindsets rather than take any proactive action to ensure that both our elections and governments better reflect the wishes of the people. After all, any govt. which comes to power will not want to change the faulty system which brought it to power, will it ?