Dharamshala: Six time chief minister Virbhadra Singh have announced Dharamshala as the second capital of the state, followed by the cabinet having approved the move, GS Bali, a cabinet minister has announced that two big corporations  HP State Civil Supply (HPCSC) and Himachal Roads Transport (HRTC) be shifted to the new capital so as to decongest Shimla.

Taking to reporters Bali said , “head Quarters of the two corporations that are working under me, HRTC and HPCSC shall now be shifted to Dharamshala soon. This will reduce the congestion in first capital Shimla and to also give strength to the second capital Dharamshala.”

The minister said that he will discuss the matter with the chief minister and should he agree the headquarters of a few other corporations would also be shifted to Dharamshala.

The Himachal Pradesh Board of School Education was the first big office to be shifted to Dharamshala in January 1983, and that was shifted in Virbhadra Singh’s first term as chief minister .

Giving detail about the public transport fleet, Bali said that since he had taken over in 2012, the number of buses with the corporation had increased from 1700 to 3200 buses. He said , “this includes 135 Volvo/ Super luxury buses.”

He added that the Civil Supply Corporation had already started the work to digitalise all 269 fair prize outlets in the state and the the facility from 1st April would be available to the public. 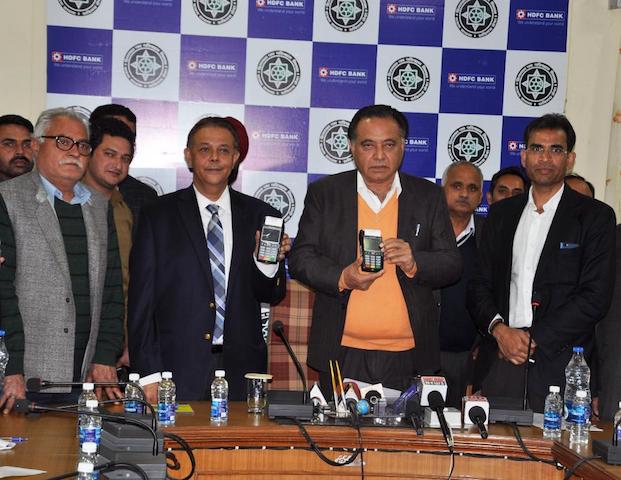 Naveen Puri, Country head banking at HDFC Bank and Ashok Tiwari MD HRTC, among other were present on the occasion.