Ex-CM Kaliko Phul's 60 page suicide note recounts in some detail the endemic corruption in Arunachal Pradesh and names the leaders responsible, along with specifics of projects, dates and amounts stolen.

I have just finished reading the sixty page suicide note written by the ex-Chief Minister of Arunachal Pradesh Shri Kaliko Phul on 8th August 2016, just before he killed himself. I feel drained and morally exhausted. The contents of the note are shocking to the point where every right thinking Indian should ponder over the fate of this sorry nation. Mr. Phul lays bare the naked truth about the sordid nature of politics and governments in his state and the country at large, the ugliness which prompted him to take his life. He recounts in some detail the endemic corruption in Arunachal Pradesh and names the leaders responsible, along with specifics of projects, dates and amounts stolen. But what takes one’s breath away is the listing of prominent (national level) politicians, officials, law officers, judges, even the current President of India, as having been recipients of bribes, and of how they sought huge sums of money to favour him in various matters. Once again, the unfortunate Phul has provided a wealth of details for each transaction, including the names of middle-men involved. His widow has moved a petition in the Supreme Court seeking a detailed investigation into these contents. Mainline media, usually so deafening in their accusations and opinions at primetime that one can’t hear the planes landing at IGI airport, has maintained a sphinx-like silence on the matter. 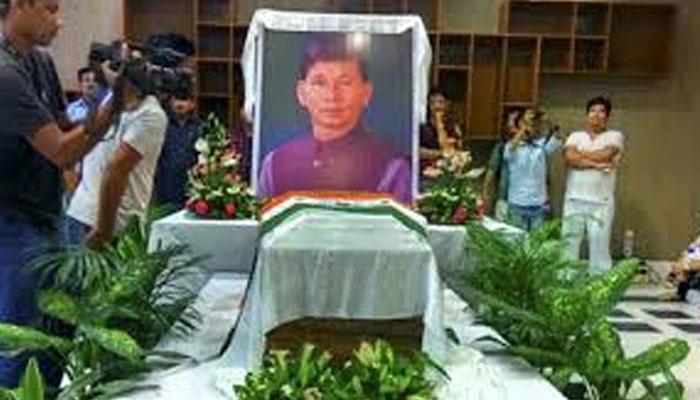 These charges are mere allegations and the unsupported word of a man who, by the definition of his circumstances, must have been mentally traumatised when he penned these words. But they must still be taken seriously by the gate-keepers of the nation for the following reasons: First, Kaliko Phul was no ordinary man – he was the Chief Minister of a state, with access to all govt. records, and Chief Ministers are not known to kill themselves without reason. Second, his suicide note can, perhaps, come within the definition of a dying declaration under the law, and such statements are generally attached a higher degree of authenticity than others. Our justice system regularly arrests and imprisons people on the basis of suicide notes; why then should it not at least inquire into the contents of this one? Third, the names mentioned in the note are of such eminent persons in our public and judicial life that the country’s honour demands that, one way or the other, no doubt should attach to anyone of them. There is only one way of ensuring this – a full, independent enquiry, not by any judicial or police body, but by a panel of persons with unimpeachable integrity and record of public life. Because, and this is the fourth reason: not only must Caesar’s wife be above suspicion, her character certificate must not be issued by Caesar himself.

Corruption in hallowed portals is the elephant in our sitting rooms and in news rooms and TV studios. The elephant just got bigger. How long can we pretend that we just can’t see it ?

One of the truths to be imbibed from George Orwell’s books is that when any extreme ideology wants to take over a peoples it is not enough to just subjugate their bodies, you have to control their minds, for an idea is more powerful than any army. This is exactly what the BJP is attempting to do in this country, with some success so far. National level institutes are being left to the tender mercies of worthies with no qualifications for their jobs – witness the appointment of an unknown “historian” to head ICCHR, a cricketer for NIFT, a TV actor whose last role was some twenty years ago for the Film and Television Institute, an unsuccessful maker of C grade films for the Censor Board, to name just a few. Their only qualification is that they will cleave to the party line and impose it within their fiefdoms. Even more damaging, our Universities are being gradually  bludgeoned into submission, by a two pronged approach. At one level, Vice Chancellors and Directors of IITs and IIMs are being denied the autonomy and respect these institutions demand, with Shastri Bhavan interfering in every important matter. The UGC, an ostensibly autonomous body, has been practically taken over by the Ministry of Human Resource Development. At the second level, the ABVP has been turned loose on the campuses, supported publicly by Ministers of the govt. and assisted insidiously by the machinery of the state. Riding piggy back on the ruling party, its membership has expanded from 22.49 lakhs in 2013-14 to 32 lakhs in 2016-17. It is now present in 20000 of the 35000 colleges. This in itself is not a bad thing – after all the NSUI (Congress), the AISF (Communist Party of India) and the SFI (CPI Marxist) also have memberships of 40 lakhs, 35 lakhs and 15 lakhs, respectively. The damage – and the danger-lies in the fact that the ABVP behaves more like the Gestapo than like a students’ union. It will tolerate no other ideology and will use threats, intimidation and violence to drown out contrary views. This it does under the banner of a “Nationalism” conceived, defined and articulated by them alone and blessed by their parent bodies, the BJP and RSS. Only their idea of nationalism will decide which subjects are taught, which debates are organised, which speakers are invited, and who is to be allowed on the campus. 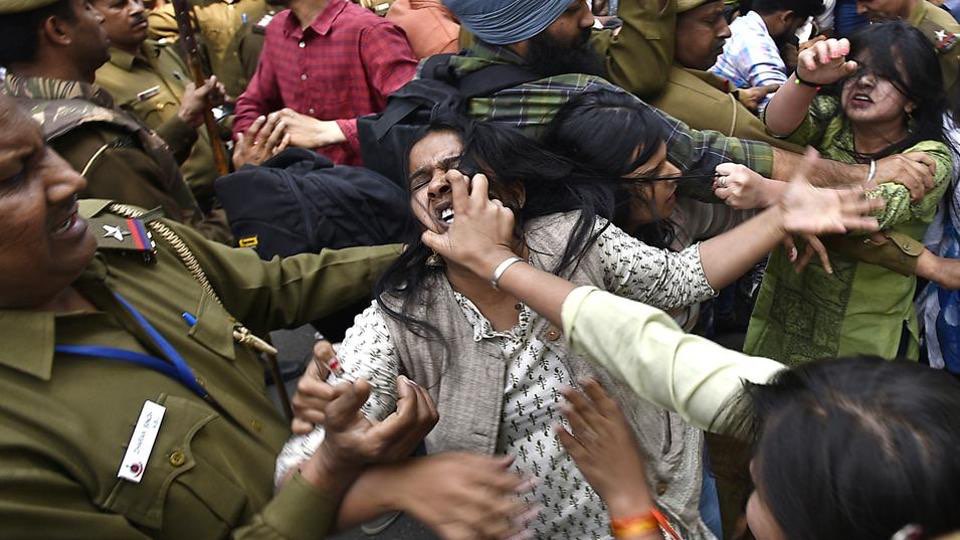 After Hyderabad, Jadhavpur, Chandigarh, JNU, Jodhpur, Jharkhand, it is now the turn of Delhi Univ. A seminar was not allowed to be held on the 22nd of last month on the specious ground that two of the speakers were from JNU – one of them charged with “sedition”. (Incidentally, even 12 months after the alleged seditious act the Delhi police has not been able to file the charge-sheet in court, presumably because they have no evidence !). The ABVP expressed its protest against the seminar in the only way it knows – by vandalism, violence (even against girls and their own teachers) and goondaism. The Delhi police, by now well trained in the art of subverting justice after the JNU and Kanhaiya Kumar episodes, provided full protection to these violators of law, and, as is their wont, beat up journalists and girls instead.

The BJP/ABVP game plan appears to be working. A plucky young girl whose father is an Army martyr and who stood up against this pernicious conspiracy is being trolled on social media, the abuse being encouraged by Ministers and MPs of the union govt. who have been inciting the trolls with their own shameful tweets. An MP compares her to Dawood Ibrahim and a junior Home Minister advises her to “concentrate on her studies” (perhaps he himself should concentrate on his job, considering he has made such a mess of it so far). There can be no greater irony than the fact that these lumpens are presuming to teach patriotism to a girl whose family has, for three generations, been serving in the armed forces of the nation ! The throttling of ideas and debate has begun:  Ambedkar University (in Delhi) has called off a seminar it was organising on Kashmir fearing similar threats. Other universities are no doubt watching and will take their cue from what happens in Delhi over the next few days.

There is much more at stake here than just a seminar. Our students are waging a battle on our behalf. My generation has already let down the country repeatedly: the least we can do now is speak out and support these idealistic youngsters before we are condemned to an Orwellian future where, as he puts it so well,

We are almost there………