UP-2017 elections will certainly be trend setting for 2019 as they may be seen as a verdict on the current BJP government at the centre.

Uttar Pradesh (UP) elections are being rightly termed as mini national elections. A lot is at stake for all major contenders in the state. If Smajwadi Party (SP) wins, it will not only consolidate its position in UP but also catapult Akhilesh Yadav to the national level and he could well be the unquestioned leader for any third front that may come into play in 2019. If Bhartiya Janta Party (BJP) wins, apart from forming a government in India’s largest state, in all probability it will ensure itself a second term at the centre too in 2019. For Congress it is perhaps the last chance to remain meaningful and reclaim a part of its lost glory if it can better its current tally. A poor showing in UP will more or less make it irrelevant even at national level in 2019. Last but not the least, Mayawati and her Bahujan Smajwadi Party (BSP) are hoping to make a comeback and rise from the ashes as they say. If she fails this time then it will be curtains for her and her party. Best scenario for her party lies in supporting BJP to form a government if she can muster about 15% seats. Finally, UP elections will certainly be trend setting for 2019 as they may be seen as a verdict on the current BJP government at the centre. Without a doubt there is a lot to look out for in next eight weeks.

Is Priyanka Gandhi Vadra finally in or is she still out of active politics? A lot of credit is being given to her for sealing the deal with SP in Uttar Pradesh and also getting Navjot Singh Sidhu in Congress fold in Punjab. Of course this is mostly hearsay but one news channel anchor did confirm that Priyanka was conducting parallel negotiations and was in touch through a senior functionary of Rajiv Gandhi Foundation directly with the SP top brass even as the designated Congress emissaries were trying to negotiate a deal in Lucknow. So there does appear to be some truth in the whole drama. Senior Congressmen like Gulam Nabi Azad have been singing her praises overtime since the deal became public a couple of days ago. While it may be good for Priyanka it does show senior Congress leadership in poor light. Once again it puts a big question mark on the capabilities of her brother and heir apparent – Rahul Gandhi. Does it mean that in view of Sonia Gandhi’s failing health, that does not allow for her to play an active role and hold Rahul Gandhi’s hand, this responsibility will now delve on Priyanka? Or does it mean curtains for Rahul baba in the near future? It is no secret that many senior Congressmen would like to see Priyanka at the helm of the party. 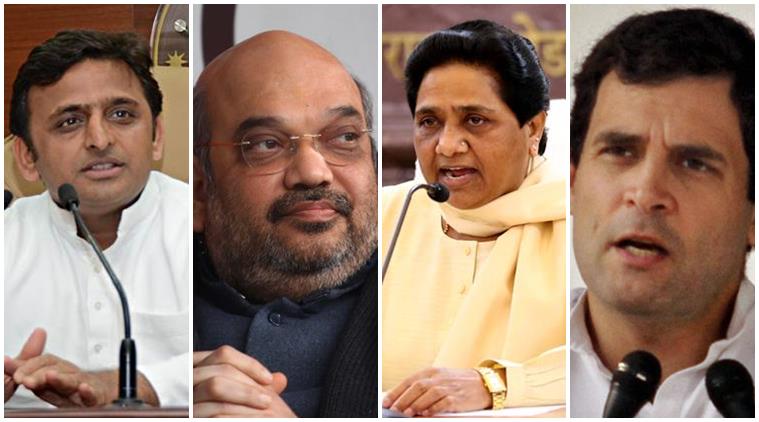 Till a few days ago the Congress – SP deal seemed to be on a limbo as SP was in no mood to give more than 100 seats to Congress. The final deal as announced gives it 105 seats, a marginal increase for which Priyanka is being eulogised to no end. The once all powerful and unquestioned leader of Indian politics for many decades has now been reduced to accepting crumbs from even regional parties like SP. Their mindset can be gauged by the fact that by getting a measly five more seats the party is in a celebratory mode and seeing a saviour in Priyanka. The humiliation of having to withdraw their already announced Chief Ministerial candidate for UP and accepting to fight the elections under the leadership of Akhilesh Yadav of SP seems to have been taken in stride by one and all without a murmur. Will a party with such a defeatist mindset that is trying to clutch at any straw available be taken seriously by the voter? This myopic approach of the Congress is based on just one premise – how to keep Mr Modi and BJP out of power? Since the party has failed to find any answers on its own, they are now latching on to SP in UP just as they set aside all scruples and bent backwards in Bihar to follow Nitish – Lalu combine. One hopes that the voters will see through this bankruptcy of leadership and ideas within the Congress party.

The SP – Congress alliance is bad news for Mayawati’s Bahujan Smajwadi Party (BSP) when it comes to Muslim votes in UP. It also does upset some BJP calculations since the expected vote split that was likely to play a major role in a lot of constituencies to the advantage of BJP may now have a very marginal effect. But if one were to look more positively, there is a silver lining for BJP that it can exploit. In addition to its known strongholds in UP, BJP should now focus on the 105 constituencies that have been given to Congress. Given Congress’s pathetic record in UP and its lack of self belief, BJP can come up trumps in most of these constituencies if it fields the right candidates and launches a campaign based on core local issues. In fact it would be easier for BJP to beat Congress, rather than SP, in many of these 105 constituencies. If this works there is no reason why BJP should not have a good shot at making the government in UP.

Coming back to Congress and Gandhi family, it does seem that the elections in UP may be a watershed for the grand old party if it does not fare well in the state. Clamour for Priyanka will grow and Rahul Gandhi will have no choice but to recede in the background and perhaps buy a one way ticket for a long holiday. From 1947 to 1964 Congress was all about Nehru name, from 1966-89 and then from 1998 to date it has all been about the pseudo Gandhi name- since it is no secret that Feroze Gandhi, Indira’s husband, was actually born as Feroze Jehangir Ghandy and Gandhi was just an acquired surname which he used to get a new passport in England at the behest of Pandit Nehru. Will Vadra name rule Congress, or whatever is left of it, from 2017 onwards? But then if Priyanka does take the plunge she may just drop the Vadra name like a hot potato and settle for the more illustrious and time tested Gandhi name. Whether she will be able to revive the decaying party is totally another matter.

The nation is indeed poised for some interesting happenings in next two months that will have a major impact on the sign of things to come in next few years. Winning in UP will make Mr Modi stronger to the point of being invincible for next few years. If BJP fares badly in UP, the impact will just be opposite and possibility of a third front may get a shot in the arm for 2019. As far as nation’s citizens are concerned, they are best advised to follow what Mary Oliver, the American poet, said “Keep some room in your heart for the unimaginable” since in next few weeks they may just need that to accommodate the unexpected events that may unfold.