Dharamshala: The new USA President Donald Trump having made his intentions clear about redrawing trade relations with behemoth China and other countries, the Tibetan Government in Exile here has urged him to help find a peaceful solution to the burning issue of Tibet.

Khenpo Sonam Tenphel, speaker of the Tibetan Government in Exile in a communique stated, “The situation inside Tibet under the Chinese government’s intensive political repression continues to remain grim and alarming despite China’s lofty claims of having liberated and developed Tibet for the past 66 years. Since 2009 over 145 Tibetans in Tibet have resorted to self-immolation in protest against China’s rule in Tibet, calling for freedom in Tibet and the return of His Holiness the Dalai Lama to Tibet,” 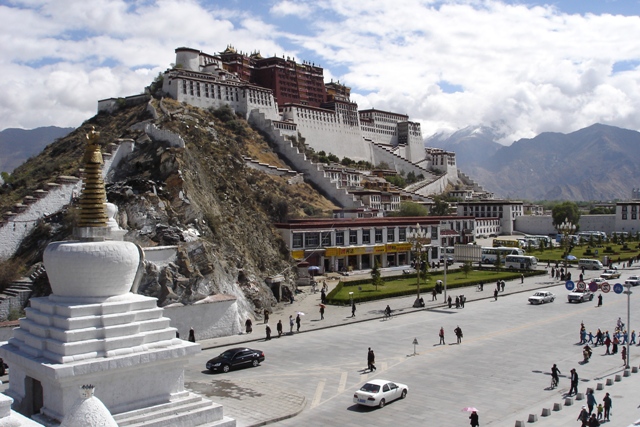 Speaker Tenphel added “Following China’s invasion of Tibet, the people and the government of the USA have been strong supporter of the non-violent struggle of Tibet. The landmark Tibetan Policy Act, 2002 was passed in the US Congress to support the aspirations of the Tibetan people to safeguard our distinct identity. Moreover, in 2007 His Holiness the Dalai Lama was conferred with the US Congressional Gold Medal in recognition of his advocacy of religious harmony, non-violence, and human rights throughout the world and for his efforts to find a peaceful solution to the Tibet issue though dialogue with the Chinese leadership,”.

“Successive Presidents of the United States have met with His Holiness the Dalai Lama and encouraged the Chinese government to resume the Sino-Tibetan dialogue. We are confident that under your presidency as well, the United States will continue this longstanding tradition and will re-energise the international effort to resolve the issue of Tibet amicably with China based on the Middle Way Approach,” states Tenphel.

The speaker on behalf of Tibetan lawmakers and all the Tibetans living inside and outside Tibet also congratulated Donald Trump for being sworn in as the 45th President of the United States of America.