Corruption has been a trapping of power throughout the ages. The rich and powerful generally live in a state of sin. The king and his courtiers have different rules of morality.

The decision to demonetize the big denomination notes has shown the mirror to our society and the sooner we accept the fact that the hideous face staring ominously at us is US, the better would it be. The mirror does not lie, so we cannot seek comfort in denial which has been the standard mode of coping with uncomfortable truths. At heart we are a deeply, incorrigibly corrupt society made doubly worse by our ingrained hypocrisy. The predisposition to be corrupt is fixed like an attribute fixed in our genes. This masked trait unfolds given a favourable environment.

People are ignorant and indifferent, people are resistant to mobilisation and sustained activism and even though carpet baggers like Kejriwal have cheated them, they have shown a great appetite for radical measures to curb corruption and black money. So an attack on black money was on the national agenda. In fact, the tardiness of this government on this score so far was a favourite taunt of those in the opposition, till the government went ahead and did something and got itself nicely in tangles. 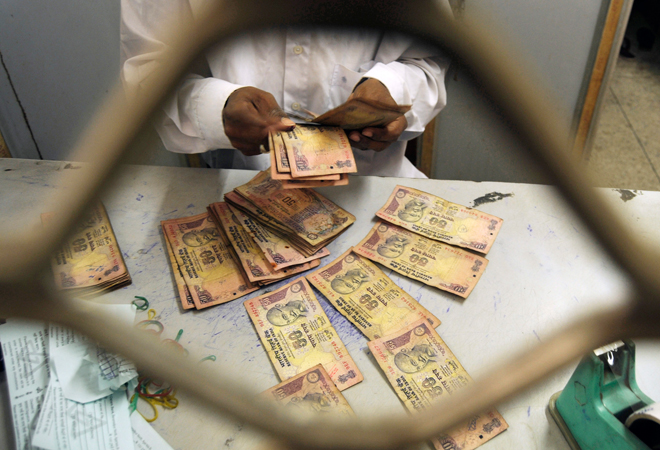 Now it is idle to talk about the mismanagement; it is written all over . The government does not have at its command the kind of pool of talent required to execute a radical programme like this. (War mongers please take note!). But let us examine our own role in the in the developing crisis which, make no mistake, will leave no one untouched. Are we part of the solution or are we aggravating the problem created by many logistical infirmities? Political parties have become so myopic that they are blind to anything beyond their selfish interest. Unashamedly all of them will, given the opportunity, make the national cause sub serve their own partisan interests. They are fishing in the troubled waters with great delight and anticipation. In another variation of the Chinese who burned down his house to roast a pig, they will pay any price to see Modi impaled.

Corruption has been a trapping of power throughout the ages. The rich and powerful generally live in a state of sin. The king and his courtiers have different rules of morality. It is the poor and the middle class to whom traditionally the role of remaining honest has been assigned. The current crisis is that a large body of people have lost their purity. It is as if we have been hit by a moral blight. A corrosive cynicism has eroded not only our self belief, but our faith in the entire array of institutions.

Consider the evidence: we hear that around one lac crores of rupees have found their way to the Jan Dhan accounts. At the rate of Rs 2- 2.5 lakhs per account, between four and five million of our poorest people have lent their names, either out of sheer altruism or for some commission, to hoarders to dissipate and disguise ownership of black money. Overnight a programme that was intended to unearth hoarders of black money has created 5 million amateur money launderers. The professional class, doctors, civil servants, salaried class in general petty bureaucrats whoever had illegal cash hoardings utilised every avenue to parcel and park their funds. Whatever remained was taken care of by professional money changers and C A’s etc. So along with the poor there goes the solid old middle class.

The government, thrown on the back foot, by its own unpreparedness was forced to make concessions. It adopted a slew of emergency measures to help those most in need. Every one of these arrangements was criminally misused by large numbers of people which again may run in millions. People clogged the ATMs and banks trying to drive the maximum advantage by cheating the system and cheating each other. How many ATMS are there in the country? Most of them have been used to cheat the system.Many bankers have used IDs procured in wholesale to launder money. They are also said to have kept aside huge sums of money for their clients thereby affecting equitable distribution of scarcity. Railway officials, post office employees , utility companies, pharmacists in (their lakhs), hospitals, nursing homes, petrol pumps, airline booking counters, dealers in fertilisers and seeds, and above all the real estate sector, wherever concessions were made to facilitate those in urgent need of service have been blatantly misused. The petty traders, blue collar workers, and others contributed their might which just about accounts for the society as a whole. Every measure that was meant to be amelioratory has been cynically exploited and given the venality at a societal level nothing will work. No wonder, as one estimate suggests, the government may receive about 13 lac crores of rupees out of an estimated 15 lac corers. The nation that had mobilised against black money quickly changed sides, without notice, and mobilised faster in favour of white washing black money; for a price of course!

At the end of the day we have everyone from the top most industrialists to those living below the poverty line partaking of the same black money broth. Each gets according to his digestive capacity. The drive to unearth black money has ended up painting all of us black and washed the tainted money white. Could George Louis Borges or Italo Calvino have improved upon this plot?