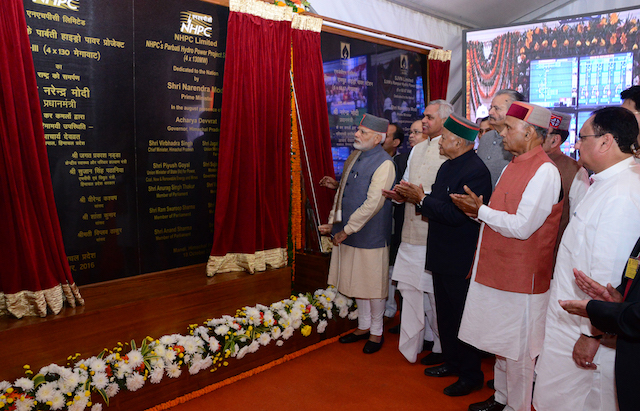 Mandi: Prime Minister of India Narendra Modi dedicated to the Nation three hydro electric power stations of total capacity of 1732 MW in Himachal Pradesh in the presence of Governor Acharya Devvrat, Chief Minister Virbhadra Singh, Union Health Minister Jagat Prakash Naddha, Union Minister of Power Piyush Goyal, Leader of opposition Professor Prem Kumar Dhumal and other ministers of the government of Himachal Pradesh at a crowded Paddal Ground near Mandi today Earlier, the Prime Minister was briefed about the working of the power stations through models by the respective chairmen and senior Directors of the three PSUs. The three power stations dedicated to the nation are, 800 MW Koldam Hydro Power Station in Bilaspur district which is the largest and maiden hydro venture of state run NTPC. The other two power stations are 520 MW Parvati-III  Power Station of NHPC in Kullu district, and 412 MW Rampur Hydroelectric Station of SJVN, also in Kullu district. 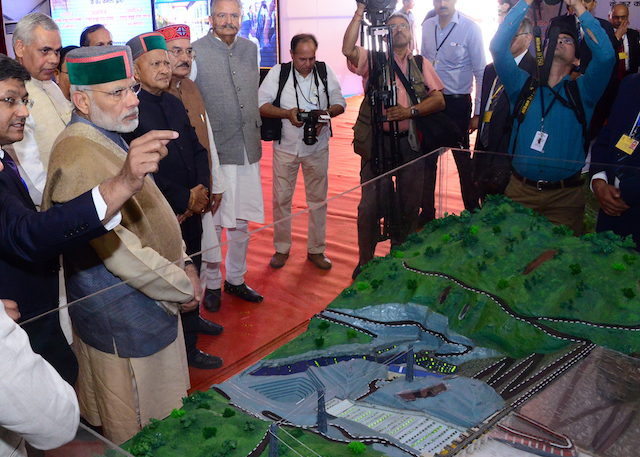 While Parvati Hydroelectric Station and Rampur Hydro Power Station are both run of river schemes, the Koldam Hydroelectric Station is unique in the sense that it is neither a run of river scheme and nor a storage water scheme like Bhakra Dam. All the three power stations are already generating power and supplying to the northern grid states for the last over one year.

Recalling his earlier visit to the Koldam Project of NTPC, the Prime Minister told the audience that foundation stone of the project had been laid by the then BJP lead Prime Minister of India Atal Bihari Vajpayee and it was a co-incident that the power plant on completion was being dedicated to the nation again by the BJP lead government’s Prime Minister. Amidst wide applause from the gathering, he informed that the central government was keen to take up the pending development projects in the state. 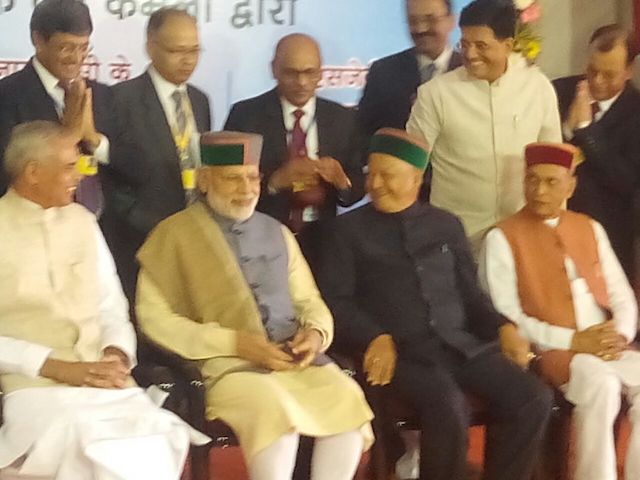 Generating valuable power for the northern grid states since July 2015, the 800 MW Koldam Hydro Power Station located on river Satluj in Bilaspur district of Himachal Pradesh is the maiden venture of state owned NTPC Limited in the hydro power sector.  Designed to generate 3054 million units of electricity, the power station has since been operating efficiently and supplying power to the northern grid states namely Delhi, Haryana, Punjab, Rajasthan, Uttar Pradesh, Himachal Pradesh, J & K, and Chandigarh. The first of its kind in Himachal Pradesh, the power station is neither a run of river and nor a storage water scheme, but a run of river scheme with pondage capacity of 90 million cubic meter.