South Delhi is where most of Delhi’s multi millionaires live and where the least amount of Income Tax is collected. Its residents, therefore, are naturally in a mood to celebrate all the time by throwing dinner parties with all these tax savings. Now, I don’t get invited very often because I’m an ardent Kejriwal supporter and – let’s face it – millionaires consider him a pustule on the backside of history. But my wife is more politically correct and better connected through her Facebook account so I do manage to slink into a dinner or two occasionally. I have found the experience fascinating.

Lets begin with the time line. Nobody  – but NOBODY- ever arrives at a dinner on time: to do so ensures you will never be invited again. Such aberrant behaviour reveals more about you than a petri-dish does about a virus in Dr. Lal’s Pathlab. It indicates, for example, that you are unemployed or (God forbid) retired, that you have no other place to visit that evening, that you are trying to save on the AC charges in your own home, that you are unimportant flotsam. Unfortunately, I ALWAYS arrive at the appointed hour indicated by the host. Its a Pavlovian response, brought on by the fact that, having spent all my formative years in hostels where one never knew when or from where the next meal was coming, one was always on time at the feeding trough, nose-bag ready. In South Delhi, however, if the card says 9.00 PM it usually means midnight. So, while the host and hostess (or bride and bridegroom) are still getting dressed, I usually spend my time chatting with the vassals or patting the pooch or listening to Arnab Goswami doing to politicians what the rooster normally does to the hen. Its a bit boring, but it does build up a healthy appetite. 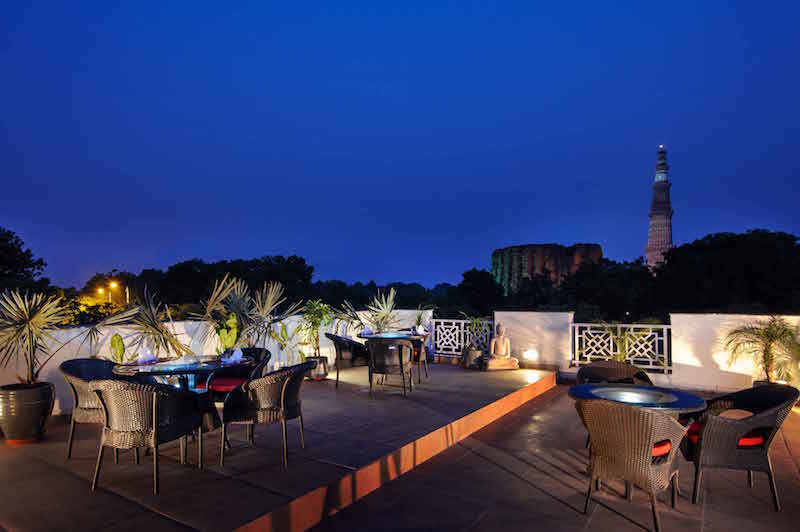 The conversation. There are no Oscar Wildes or Chestertons or even Groucho Marxs in South Delhi, so don’t expect to be edified or elevated at any stage. There are plenty of jokes, though – usually about Kejriwal and Rahul Gandhi – but most of the conversation is about income tax raids on friends, I Phone models, Kamini Jha and Barbara (beauticians whose ministrations are di rigeur before a South Delhi aunty can even consider stepping out of the house, even for a funeral), the trip to Angkor Vat, property prices in Gurgaon (there is no more land left in Delhi except the Yamuna flood plains but that is reserved for that great environmentalist Sri Sri Ravishankar), or the latest Godman who is milking them dry.

There is, however, a major problem in initiating a conversation with someone. One never knows who is married to whom. It would be a mistake to assume that the couple you met at the last dinner is still a couple: chances are that they have now become two singles or a mixed double or even part of a triple. The cognoscenti always skirt this area in the peroration but, having been married for 39 years (to the same woman, by God!) I always lead with my chin. My breaking-the-ice conversation usually goes like this:

At this point I usually wander off to the bar where life is simpler and the conversation (and smart phone video grabs) are usually about Sunny Leone: nothing complicated there, for what you see is what you don’t get!

The food served at these dinners is distinctly anti-national if not seditionist, because there is nothing Indian about it. No beef is served, of course (the chef may be a closet Gau Bhakt), but all endangered species of meat, fish and fowl grace the table. The South Delhi elite is genuinely globalisesd – bank accounts in Cayman islands, companies in Panama, residences in London, weddings in Paris, holidays in Venice, shopping in New York–why then should the cuisine be Indian?

Indian cuisine in all its forms has been given the quietus – Mughlai, Avadhi, Punjabi, Hyderabadi, Goan, Malabari: they are all passe now. The delicious Kashmiri dishes are a no-no these days as serving them amounts to supporting the separatists. In fact, even Mr. Modi’s “Look East” policy appears to be floundering: our initial affairs with Asian cuisines – Chinese( Szechuan, Cantonese and Ludhianvi), Japanese and Thai – have given way to a full blown passion for French cuisine these days. But South Delhi has, as usual, got it all wrong. French cuisine is broadly divided into three styles, the oldest being the Classique, then the Haute and the most recent being the Nouvelle. France itself has gone back to the older first two in recent years but we persist with the Nouvelle of which, I’m sure, Vir Sanghvi would strongly disapprove. The logic for it, however, is indisputable: if the nouvelle-rich will not serve nouvelle – cuisine then who will ? (The Italian cuisine is still holding out, however- barely-just like the Congress party, and hoping to make a similar come-back along with the Gandhis).

As any chef, or reader of Vir Sanghvi, knows, the emphasis in Nouvelle is on the presentation – the food itself can taste like a dog’s breakfast (and usually does) but the table-ware and arrangement of the food on the plates would make Camelot look like Parathe-wali Gali. The salads resemble a patch of the Amazon rain forest, the consomme (they don’t call it soup in these francophone days) is as translucent as a Kim Kardashian dress, the meats so life-like you expect them to walk (or fly, or swim) off the table any moment, and the trays of multi hued sauces/dips/dressings/ condiments resemble Michaelangelo’s palette just before he flung himself at the Sistine chapel. Its usually a grand spectacle, and everyone goes back home delighted and hungry as hell.

Of course, it goes without saying that everything (or at least all that is visible) has to be imported, including the liquor. South Delhi guests give short shrift to anything local. I once met this Croesus-like real estate magnate at a dinner who was loudly informing the humbler five-bedroom types about his recent toe nail operation: “And then the Doc told me he would operate with a local anesthetic. Local, can you believe it?! Nothing doing, Doc, I told him, get an imported one or I go to Monte Carlo for the operation!” He is currently being de-nailed and defanged by the Supreme Court, without any anesthesia, of course.

The most important ingredient–the Guest List. South Delhi dinners are not meant to feed the hungry: they are a power statement, and therefore conform to an informal set of Do’s and Don’ts which, after years of hanging around with the minions, I have managed to figure out. The important points

A good cologne or after shave lotion is an essential accessory for such occasions. You see, everyone kisses everyone at these dinners: no one shakes hands anymore because the CBI might misconstrue it as an imprimatur on a devious deal, Mafia style. Earlier one kissed only the ladies but now you have to kiss all and sundry (including that hulking golden retriever) or you would be considered anti-LGBT, a politically incorrect position for someone who is supposed to be a mover and shaker of society. Now, I don’t at all mind kissing the ladies: at my stage in life every kiss by a lady is an epiphany. But I have to draw the line at a 250 pounder loin of Punjab with his mane in the wrong place. So I have (without any help from Niti Ayog or the Observer Research Foundation), found a way out of all this convivial slobbering: I apply a little Vicks Vaporub on my nose and announce I have a cold. This keeps everyone away like I was a suicide bomber. Only the golden retriever knows the truth but he ain’t telling anyone.

And finally, the Exit. Exiting a South Delhi dinner is an art which needs a lot of practice and panache. If you leave too soon the hostess would be offended (you didn’t like the food), but if you don’t leave anon she might become apprehensive (you’re staying for breakfast). You have to strike a balance, as the Duchess told the Duke when he kept falling off the bed during their late night amours. You should definitely try to leave before the rooster next door (no, I’m not referring to Arnab Goswami here) greets the dawn. A good exit line is: “Sorry, I must rush–Mr. L.K. Advani is waiting for me.” Since the poor guy has been waiting for two years now for ANYONE to call on him, the statement is not entirely incorrect.

I usually exit just before the fat lady begins to sing.