Where the importance of a political solution is not debatable, one cannot ignore the social aspects that are part of the Jammu & Kashmir problem

A lot is being written on Kashmir these days that mostly focuses on the problem in hand but there are hardly any constructive suggestions on how to resolve the problem. It goes without saying that successive governments for last sixty seven years have only paid lip service to finding an acceptable solution. Unfortunately with time attitudes on both sides have hardened and today the solution is even more elusive than perhaps it was thirty years ago. While the importance of a political solution is not debateable, one cannot ignore the social aspects that are part of the problem. Therefore aid packages from central government, development projects from time to time or other such measures will not provide a solution. What is required is some out of the box thinking that addresses not only the political issues but also the social issues involved. The final solution will have to be a politico-social solution as opposed to a political solution. The question is how to go about finding that elusive solution?

There are a few harsh realities that are likely to impact any solution to the problem. These are:

It may be prudent to understand that there are some terms of reference which will be non-negotiable as far as India is concerned. These are:

The next important part would be to find out the strengths that the Government of India can count on and the weaknesses that it needs to conquer while seeking a lasting solution to the problem. The strengths as on date will include;

The weaknesses will include:

It is obvious that any approach that discounts the use of force would be preferred over the one that includes use of force. However given the current situation in J&K where militancy and terrorism are wide spread in parts of the valley with active support from across the border, a completely peaceful methodology may be hard to find. Therefore it would be foolish to assume that no force would be required or used at any point of time as any solution unfolds. Any solution to this complex problem will invariably have many facets and therefore require a multi pronged approach. The approach to finding a solution has to be based on the following premises: 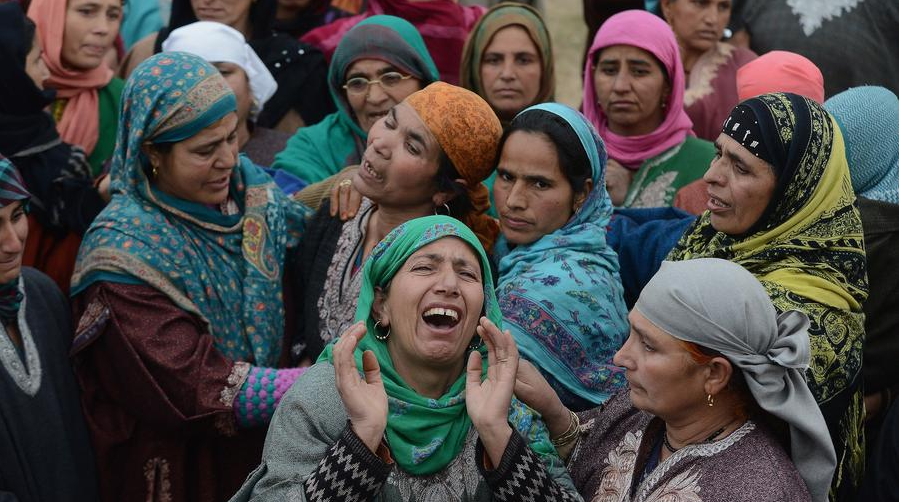 In view of the complexity of the problem and absence of any obvious solution, it may be worthwhile to consider an approach where the focus is on building an environment that may be conducive to finding a solution rather than seeking the solution itself.  Such an approach will have to address many aspects simultaneously. The more important ones will be:

Connecting With People: One often hears politicians say we must connect with people to find out what they want. In actual practice, most political delegations, fact finding missions and other similar initiatives end up interacting with selected representatives / organisations that provide them with orchestrated responses. If the political leadership at state and national level is sincere about establishing connect with people then a different approach is needed. The right way would be to designate a well composed multi party team for each district in J&K with a senior MP as team leader. Team should also have representation from social organisations and media to provide greater credibility and transparency apart from co-opting local district level leaders. This team should travel throughout the district for a period of four to six weeks and interact with the local population in open forums. Their main tasks should be:

Build Government Credibility: This is an important step before any solution can be implemented with success. It may be best to put the state under President’s rule for about two years and administer it under able people to establish government’s positive intent. The state administration must be revitalised to provide a fair and pro-active administration with focus on results to win over the populations’ confidence. Basic development needs of the state must be addressed on a war footing and limited investment from other parts of the country be encouraged, in selected sectors, to vitalise the state’s economy.

Neutralise Liabilities: All known separatist leaders be asked to declare their allegiance to the Indian Union. In case they are unwilling then all their Indian documentation, including passports, be cancelled and they be declared persona non grata and asked to leave the country within a stipulated time. An amnesty scheme for local militants / terrorists in the valley can be brought out to seek their surrender. Security forces should be given a clear mandate to neutralise all those who do not take advantage of the same. The government must send a clear message that while it is committed to bring peace and prosperity to the region, any anti-national activity would be dealt with a strong hand in the interest of Kashmir and India as a whole. A phased removal of Article 370 from the valley must be planned over a time frame of three to five years. However state’s resources must be protected from being bought over by outsiders in the near term as any such development is not likely to be in the interest of the state.

Create Congenial Environment: It will be paramount to establish a relatively peaceful environment in the valley so that local population views the government’s initiatives favourably. There will be a need to reduce the presence of the security forces selectively based on the local environment in each district. The state police must be re-trained and re-equipped to be more effective instead of relying on Army or other para military forces. As a corollary applicability of AFSPA too will need to be reviewed selectively but with a rider that wherever Army operates it will be covered under the same. The borders with Pakistan too must be sealed and extra vigil put in place to check and minimise any infiltration.

Isolating Separatist Leadership: It is important that politicians, intellectuals, liberals alike spread awareness about the dual approach of such leaders in the valley who have done hardly anything worthwhile for the people of the state in last six decades. Their high profile personal lives and the safety that they accord to their own families by ensuring that they stay away from the valley must be exposed. The fact that they have used and abused both the largesse of the government and the trust of the people of Kashmir for their selfish motives must be highlighted. Foreign funding to these leaders and their organisations must be prevented in totality.

Empowering Local Population: This will be a critical aspect since getting local population on board, at least a large part of it, will be critical to any solution. This will require a sincere contact at grass root level with people in the valley through various means by people who are committed both to the state and the nation. The focus must be on trying to revive and establish the Sufi culture in the valley as opposed to the more radical Islam that is gaining grounds. This is where local community leaders will be crucial and play the lead role. The youth in the state in particular must be handled with care and patience since that is where the future lies. Motivational speakers must interact with young people in schools and colleges to wean away impressionable minds from the lure of militancy or radical Islam. Discussions and debates must be encouraged to allay fears, clear doubts and misconceptions that prevail in young minds. There are many successful Kashmiri origin people in various parts of the country whose services too can be solicited in this effort.

International Aspects: The government must act freely in its effort to integrate J&K within the Indian Union without worrying too much about International opinion or making too many noises in international forums. The only aspect that needs to be focussed in international forums and diplomatic initiatives is the fact that POK is part of Indian territory and Pakistan must vacate it. Other than that it may be prudent to establish capabilities to neutralise top leadership of key terrorist groups that target India from across the border where they enjoy patronage of India’s hostile neighbour.

In the end what will count is the sincerity of approach, credibility of the government, continuous dialogue with people at grass root level, getting the youth on board and displaying loads of patience while efforts are going on to find a permanent solution to this complex problem. The problem in Kashmir is people specific and therefore a politico-social people centric solution should be targeted. The focus has to be on how to get the local people on board since that will be the key to any solution. If the approach to finding a solution is right, the solution will unfold by itself over a period of time. It goes without saying that any militancy and terrorism that surfaces from time to time must be dealt with a firm hand without any compromise since that by default is an integral part of the whole approach.