Kullu: Marked as ‘Vijay Divas’  (victory day) across the country but Himachal has a special reason to be proud as the Kargil war which had the daring Brigadier Khushal Singh Thakur, a resident of Nagwain, district Mandi who spearheaded the counter attack at Tololing and Tiger Hills that dislodged the intruding Pakistani forces from this formidable heights.

Sharing his experience about the 1999 war that  then had threatened to breakout into a wider conflict, Brig Thakur said, “our battalion, the 18 Grenadier was deployed in Kashmir and as soon we came to know that Pakistan has occupied the peaks of Dras, Kargil and Batalik sector, the soldiers were readied to free that areas from enemy but the journey was not as easy as it appeared on the first go.” 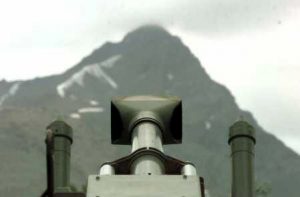 The Srinagar – Leh road was on the direct firing line of the Pakistani forces as they could easily keep a watch on the road from the peaks which were occupied by them. This proved to be a logistic nightmare for transporting men and ammunition, he said.

‘’On 18th May, 1999, we got orders to attack Tololing peak that is at an altitude of 15,600 feet. Our soldiers braved bad weather and from strategically disadvantaged low lying positions launched the attack on Tololing Peak on 22nd May and after a 21 day long fight, on 13th June were successful defeating and pushing the enemy behind the line of control. The soldiers displayed similar zeal in taking possession of Tiger Hill,” recalled the now retired Brigadier.

For his bravery Brigadier Kushal Thakur was honoured with a Yudh Sewa (War Service) Medal.

In all 527 army men lost their lives in the 1999 Kargil conflict, which included 52 soldiers from Himachal Pradesh.

Dola Ram from Aani, Kullu was one solider who died in the Kargil War. Prema Devi, the war hero’s widow says that her husband’s supreme sacrifice of the nation is a great motivation for Ashwani and Ankur, her sons, who aspire to join the army.