Manali: Construction of the Rohtang Pass tunnel that was billed at Rs 1458 crore in 2010, on completion in 2019 is expected to cost about Rs 4000 crores, senior army engineers involved with the strategically important project have disclosed.

Talking to Hill Post, Brigadier DN Bhatt, chief engineer of the tunnel project said, “the projected cost of tunnel under Rohtang Pass that will provide all year connectivity to Lahaul valley has gone up to Rs 4000 crores.”

Of the 8.8 Km tunnel length, the engineers at work had been able to bore a total of 6.7 Kms of the tunnel from both the ends, he said. “Unforeseen delays have increase the cost of the project.” 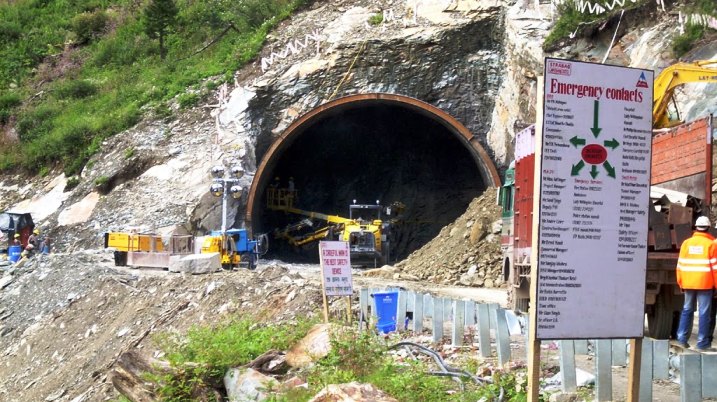 Unless bad geology disrupts operations again, the raw excavation work of joining the two ends of the tunnel is expected to be completed by June 2017.

If we encounter good hard rock and the work progresses smoothly then we hope to complete the tunnel by 2019, said Brigadier Bhatt.

Project director, Colonel Sanjay Thapiyal said that all precautions to minimise environmental damage was being taken, both inside the tunnel and outside.

“We have made adequate provisions for stacking all the muck being excavated from the tunnel and its is not spilling into Solang Nullah rivulet that could cause damages downstream,” said Col Thapiyal.