The Pawan Mukt asana is one of the better known ones in the Yoga portfolio: it is intended to expel the noxious gases in one’s body. It is probably also the inspiration behind Mr. Modi’s war cry of a ‘Congress Mukt’ Bharat in which he has cleverly implanted the notion that the Congress party is nothing but a cloud of foul vapours which has to be voided from the country’s body politic. The International Yoga Day has internationalised this message. But its not a good idea, and Mr. Modi should stick to the Pawan Mukt variety.

A healthy democracy needs a strong ruling party to govern; equally, it needs a strong opposition to keep a check on the government. With either of these mutually balancing elements missing a country would soon descend into either authoritarian rule or into chaos. In the mid seventies it was the latter, today it will be the former if Mr. Modi’s modified asana is successful. In fact, it would probably have happened already if the NDA had had a majority in the Rajya Sabha.

Some would argue that the country already has plenty of opposition in the states led by regional parties like the AIADMK, TMC, JD[U] +RJD, SP, CPI, BJD . Yes, these are powerful regional leaders and groupings, but they do not fulfill the need for a national opposition. For one, they are focused only on state centric issues and more often than not their interests clash with national interests: Jayalalitha is constantly seeking action against Sri Lanka on the fishermen’s issue, all Tamil Nadu parties are sympathetic to the LET; Mamta Banerjee is not willing to concede an inch of land or a litre of water to Bangladesh; no Chief Minister (except Kejriwal) is agreeable to an all-India entrance exam for medical colleges; not one state has any concept of foreign policy issues; they all want power but no one is willing to give land for a nuclear power station; preservation of the environment does not even feature anywhere in their party manifestos, and so on. Regional parties live in their own silos and can rarely appreciate national or international concerns. 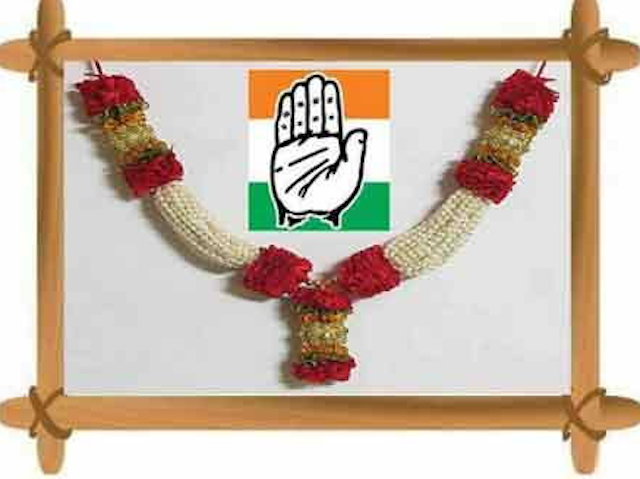 Secondly, they are vulnerable to the strategems of a determined central government which can both, offer a carrot or wield a stick. To win over support it can suborn the state parties by financial inducements, allocation of mega projects and other appropriate interventions. It can also intimidate them by withholding  assent to legislation, by use of its coercive apparatus of police, prosecutorial and tax agencies, by destabilising them politically, by manipulating the offices of the Governors, etc. Each one of these tactics has been employed time and again by every party which has come to power at the Centre.

Thirdly, regional parties can play the role of a national opposition only if they unite to present a joint front in Parliament. But this rarely happens – it has happened only twice in our history, and on both occasions it was a dismal failure – because their mutual rivalries, differing support bases and competing egos ensure they can never sup at the same table. In short, therefore, they can never offer a national opposition.

There is no regional political party in India today which rules in more than one state. The only party which does so (other than the ruling BJP, of course) is the Congress, led by Mrs. Sonia Gandhi. It is the only party, – tattered, beaten, humiliated, discredited as it is – which can play the role of a national opposition and act as a brake on a resurgent BJP. It is not in the country’s interest to exterminate it, as Mr. Modi wants to do. If the Congress were to disappear into the mists of history there would be no restraining influence left over the BJP. And the last two years have shown how badly this restraint is needed,

The BJP is a vigorous, well organised, focused and strategy driven political outfit (everything the Congress of today is not), but it is Janus faced: development oriented on the one side and culturally revisionist on the other. The former drives its strong economic agenda – power, roads, FDI – which is beginning to show results. But its other face is not so pretty: it projects religious, cultural, social and intellectual intolerance; it loves to confront rather than assuage; it dictates rather than debates; it alienates rather than coopts. It comes across as hard hearted and dismissive of the marginalised, the environment, civil society – no more proof of this is needed than the indifferent budgetary allocations for health, MNREGA, MSP, Sarvshiksha Abhiyan, or the dismantelling of laws that protect the natural environment and tribal communities, or the harsh crack down on NGOs, or the packing of national institutions with ridiculously unqualified individuals. It thrives on divisiveness as Muzzafarnagar, Dadri, Kairana and the PM’s studied silence on these incidents show. It is suspicious of those who can think independently and prefers ideological compatibility, not talent, when appointing key functionaries, as the Raghuram Rajan episode displays. The BJP is efficient but not compassionate, ideological but not intellectual, theological but not spiritual, righteous but not scrupulous, xenophobic but not nationalistic. It has created too many fractures in our social edifice and has widened those fissures which already existed. It cannot keep this country united though it can, perhaps, deliver 8.5% growth rates.

These antagonistic and negative qualities have to be kept in check, for the long term good of the nation. Only a national party can do so, which, by default, is the Congress. The Congress is dynastic, corrupt, excessively centralised, lacks focus and at the moment no match for Mr. Modi. But it has to step up to the plate.

Historically, thanks to the founding imprint of Nehru and its legacy of having ruled in practically all states for many decades, the Congress has been a liberal and eclectic party. It has been a synthesiser of conflicting demands, religions, cultures and political aspirations: it does not denounce or demonise them, as the BJP does, but has learnt to coalesce them into a collective ideology which means different things to different people but is accepted by all. At the risk of further offending the BJP faithful, I would go so far as to say that it is a lot like the Hindu religion itself – accepting all shades of opinion and beliefs and coopting them into itself.

Never was this catholic and inclusive quality needed more than today when the fault lines of religion, caste, regionalism, gender, economic classes, are getting more pronounced each passing day, even in Mr. Modi’s own home state. The inflexible ideology and mind set of the BJP and the RSS cannot reconcile these differences. Nor can the regional parties who, in fact, are widening these fault lines. What is needed is a healing touch, not fire and brimstone from a pulpit in Nagpur.

Let us not forget that the basic groundwork for a compassionate  and responsible society and government was laid down by the Congress through forward looking legislation relating to tribal rights, rural employment, universal education, nutrition for the poor, access to information, minimum wages, environmental protection, and so on. In these areas the BJP has done little else but to either repackage them or bleed them dry. These legislations, and others similar to them, were not mere legal parchment, but the codification of the essential values of a civilised society. By discarding them or minimising their importance the BJP is taking us away from a humane and inclusive society.

The Congress has lost its way in these last few years and has mired itself in corrupt practices and nepotism. It is not the only party to have done so: barring the Communists, ALL political parties in India wallow in the same mire, including the BJP (as Vyapam, Chattisgarh, Khadse, Vasundhara Raje’s sons’ exploits, Sushma Swaraj and Poonam Mahajan exemplify). But it has to find a way of resurrecting itself for the good of the nation for it still is the only party which can counteract the BJP’s authoritarian and uncaring agenda. It has the breeding and the DNA for it, if only it can remember its glorious past.

Mr. Modi knows this and that is why he has he has let loose his dogs of war and embarked on a campaign of personal revenge against the Gandhi family and has resorted to public vilification through innuendos and (so far) unsubstantiated accusations. Cut off the head and the body will wither away.

But revenge is double edged and he would be well advised to heed Confucius: ” Before embarking on a journey of revenge, dig two graves.”