Bushahr state, a tiny principality in earlier times, has finally achieved what Mr. Virbhadra Singh’s ancestors could never do: it has staged a coup and conquered the whole of Himachal Pradesh ! Mr. Singh’s satraps rule everywhere.

Himachal’s Chief Minister Virbhadra Singh has caused immense damage to the bureaucratic edifice in the state by superseding four IAS officers in his determination to appoint a favourite as Chief Secretary (31.05.2016). This was expected, because the decks were being cleared for this for quite some time and inconvenient officers were being made to walk the plank in true Bluebeard fashion. Nonetheless, this purge goes against the traditions of this model state. Till now HP has had a relatively cleaner, equitable, non-partisan and transparent higher bureaucracy, and both rules and conventions have been followed in the matter of promotions. I do not recollect of any such supersession taking place in the last twenty years. It has now become an accepted (but nonetheless unfortunate) practice that a CM is entitled to appoint as Chief Secretary an officer who enjoys his ” trust” (whatever the hell that means), even if he is not the senior most or most competent among the lot. But there are graceful ways of doing this without humiliating more senior officers who have first claim on this post. 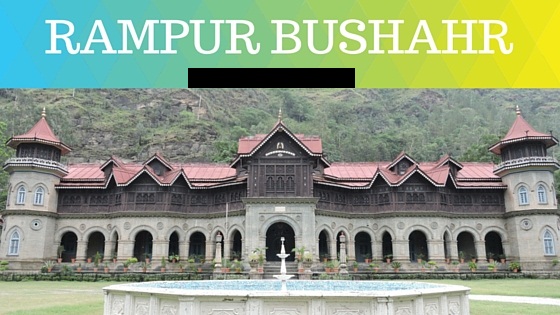 Virbhadra Singh’s predecessor, Mr. PK Dhumal, and his close aides had a generic dislike for a particular officer who was the senior most IAS officer in the state on at least  two occasions between 2008 and 2010 and could therefore legitimately claim the post of CS. Dhumal did not appoint him because he didn’t ” trust” him to do his bidding- but he didn’t supersede him either. On both occasions he asked a more senior, and equally if not more competent, officer to revert to the state from Delhi and appointed them as CS by turn. Perfectly fair, compliant with rules, respectful of conventions: nobody could have a grouse, and the ignored officer happily retired as Addl. Chief Secretary.

The govt. has not only superseded the four IAS officers but has also heaped humiliation on them by placing them directly below an officer (the CS) who is junior to them. It could have shown more consideration and grace by posting them in some Board or Corporation or Commission where they would have been nominally independent of the Chief Secretary on a day to day basis. By not making the effort to devise a middle formula and openly humiliating three of the four superseded officers (the fourth has fortunately escaped to Delhi in the nick of time) Virbhadra Singh has shown his contempt for the bureaucracy and the arrogance of a six-term Chief Minister. The bureaucracy is a carefully structured organisation in which hierarchy is important: Mr. Virbhadra Singh, who constantly stresses his own political “ seniority”. could not be unaware of this cardinal principle of organisations; he has, however, chosen to spurn it in a pattern of actions which is looking increasingly like a scorched earth policy.

His action has also reinforced the widely held perception that he is more than partial to officers from a particular region of the state who now form his Praetorian Guard, as it were. This will, regrettably, also create a divide in the higher echelons of officialdom which the state had managed to avoid all these years. Mr. Virbhadra Singh may or may not  be around as Chief Minister in the days to come, but this is one legacy he need not have bequeathed the state.

By the way, a little bird tells me that a similar Night of The Long Knives is being planned for the Indian Forest Service soon. Banana republic or Apple republic- take your choice, folks.

Bushahr state, a tiny principality in earlier times, has finally achieved what Mr. Virbhadra Singh’s ancestors could never do: it has staged a coup and conquered the whole of Himachal Pradesh ! Mr. Singh’s satraps rule everywhere. Is this the kind of real politic Mrs. Dilma Roussof, the ex-President of Brazil, was referring to when she coined the phrase “democratic coup”?