For an IAS probationer there is only one God - the Deputy Commissioner.

Those joining the IAS come from all religious faiths and creeds, excluding possibly the Mormons and born-again Adventists. But for any IAS probationer training in a district there is only one God – the Deputy Commissioner. The DC (as he is generally known) has all the attributes of divinity, is to be obeyed without question, can make no mistake, is the acme of success, represents the majesty of the state, and his every word is etched in stone. That was the prevailing general wisdom in the spring of 1976 when I was informed at Mussoorie that I had to do my district training in Mandi district in Himachal: the DC, I learnt, was one Mr. C.D.Parsheera of the 1967 batch.

Mr. Parsheera was precisely 5 feet 3 inches tall and it took me some time to spot him behind the huge table (mounted on a two foot high platform) from where generations of DCs had dispensed justice. He handed me a folder and said, with an impish gleam in his eye that was his hallmark: “Shukla, here’s your training schedule in various offices. But your real training will be at my residence, from 7.00 PM to 10.00 PM every evening. Don’t even think of missing it!”

And that’s how it was for the next six months. During the day I learnt the hardware of government – rules, procedures, processes, programmes – and in the evenings the vital software and OS, without which the former was useless. Mr. Parsheera was fond of the Hippocrene and used to boast that he could do what even Jesus could not: whereas Jesus converted water into wine, he could convert wine into water! – and he did, prodigious quantities of it. But I’m getting ahead of my tale. 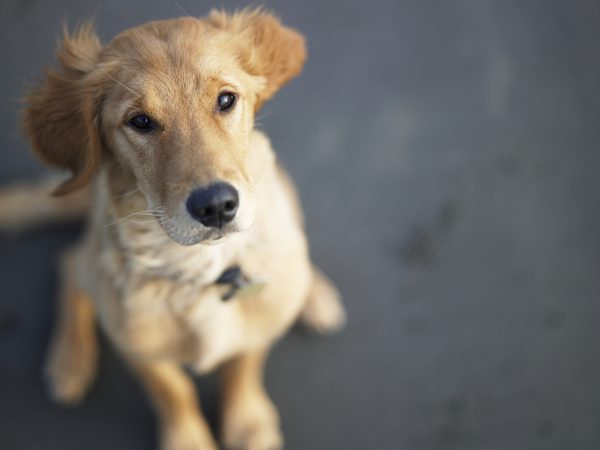 On my first visit to the DC residence that evening I was shown into an empty sitting room; I was as nervous as a patient in a dentist’s chair. I straightened my tie. combed back my hair (had plenty of it back then), polished my shoes with my hankie and sat back, as if reclining on an egg souffle. Presently, a little wire haired terrier ambled into the room with a swagger that indicated it was aware of its exalted position as the DC’s dog. It saw me, gave a magisterial bark as if asking me to identify myself. I sat still, unaware of the social status of a DC’s dog. The little horror walked over to me and started sniffing around my ankles. Suddenly, it raised one leg and piddled all over my polished shoes! I instinctively kicked out, landing a satisfying blow on its ribs: the pooch howled and made for the door – through which in walked the DC. His practiced eye took in everything in an instant.

“Shukla,” he asked in a menacing voice, “did you just kick my dog?”

“Consider yourself privileged, young man – he usually ignores all probationers. But don’t EVER kick my dog again.”

“But…but..sir,” I tried to explain, sticking one foot out,”my shoes…”

“Irrelevant!” ruled Mr. Parsheera. “Take this as your first lesson: A DC’s dog ranks above an IAS probationer at all times, and you will not raise your voice, let alone your foot, against him ever again.” So that was my first lesson in service, and a good one too, for in the IAS your batch and seniority determine the rest of your life. In fact, there’s nothing more interesting than watching two IAS officers, strangers to each other, meeting for the first time: they will circle around each other like two wolves in a wolf pack, sniffing tentatively, trying to determine each other’s batch; once that is figured out and the pecking order established, normal social behaviour is restored.

The evenings at Mr. Parsheera’a house, with the whiskey flowing like a perennial mountain stream, taught me more about government than the year I spent in the Academy. His core team, hardened Bacchanalians all of them, comprised (if I remember correctly) Mohar Singh the G.A, T.R. Sharma the SDM (Sadar), Captain Hiralal the LAO, and Dr. Pandeya the C.M.O. Listening to this merry band of Revenue Officers I was exposed to the entire gamut of survival techniques needed to progress in the bureaucracy: how to handle the ego (and more important, the personal staff) of a visiting Chief Minister or Governor, how to keep an MLA on your side without doing his work, how to extract a new car from a stingy Finance Department, how to reply to an Assembly Question without giving any worthwhile information, how to control an unruly mob when the police have all run away, how to show the same water-harvesting structure from four different angles in order to quadruple the performance statistics! Invaluable strategies that stood me in good stead and later enabled me to rise even higher than my generally acknowledged level of incompetence.

Mr. Parsheera was only about 32 years old at the time but looked like he was 22 or so, as all Lahaulas do till the day they are buried. but he was mature and seasoned far beyond his years and watching him deal with the public and politicians was a treat. He was also instinctively smart and savvy far beyond his humble beginnings in a small Lahaul village. To cite just one example: he hardly ever went to the District Club even though he was its President, though he would tipple at home every night. I once asked him about this and his reply was: “To avoid rubbing shoulders with people who have some work with me. Always remember, Shukla, its very difficult to say NO to a person with whom you’ve had a drink the previous night,”

On one occasion he asked me to accompany him to Shimla for a meeting, just to prove to me what a waste of time Secretariat meetings were. In those simpler days DCs had no cars, just Willy’s Jeeps. Mr. Parsheera insisted on driving himself, his boyish head barely visible above the steering wheel. We drove into Shimla at full speed, the black flag of the DC fluttering imposingly from the bonnet. At the bus stand we were stopped by a police constable, an unusual occurrence for a DC’s car. The constable walked over to Mr. Parsheera’s window, looked meaningfully at the flag, patted the DC on his right cheek and said: “Beta, jab Papa gadi me nahi hote hain to jhandi utar diya karo.” (Son, when your dad is not in the car then you should remove the flag). Completely unabashed, Mr. Parsheera pointed at me, said ” Yeh mere papa hain !” (He is my Dad!) and drove on. There was nothing officious about him (as a tribal boy who had made it to the IAS there was nothing left for him to prove) and he could always see the funny side of things – another survival technique, by the way!).

Mr. Parsheera was keen that I should marry a beautiful Mandi girl. In those days Mandi was known as the Paris of north India and its girls were pretty, fashionable and educated. I was advised by the DC that I should hang out at Gandhi Chowk every evening and in no time at all my plight would be trothed with some hill beauty. Now, for those not acquainted with Mandi town, Gandhi Chowk is to Mandi what Connaught Place used to be to Delhi or Oxford Street to London – the fashionable hub for the young and trendy. Gandhi Chowk is the offline equivalent of Matrimony.com where couples suss out each other, meet, date and eventually tie the knot till debt do them part. For a probationer, “advice” from a DC is actually an Order, so I took to hanging out at Gandhi Chowk every evening, circumambulating around the statue in the middle more times than the Orbiter has gone around Mars. It was, however, to no avail: the maidens of Mandi were not only beautiful, they were also smart and obviously detected in me the fatal flaw which in later years prevented me from becoming Chief Secretary! They stayed away, and I had to go back to Kanpur to find a wife – in UP you can be a lump of Kryptonite, but if you are in the IAS, your marriage prospects are bright. For Mr. Parsheera, however, it was an abiding regret that he could not succeed in this venture.

One never forgets one’s first DC, just as one never forgets one’s first love. My DC died young. Mr. Parsheera suffered a massive heart attack while crossing the Rohtang pass in 1983 and was dead by the time they brought him to Manali. I attended his wake the next day at Manali: it was the last evening I spent with him and got thoroughly drunk. I know he would have approved.