Frankly I did not know who Mr Fahad Shah was till I checked on the net and after that I had no illusion on who Mr. Fahad Khan was. In short he appears to be a well educated Kashmiri with an anti India stance who appears to support and encourage separatists’ agenda. That in itself may not be a crime even if it is not in the interests of India. One could dismiss it as freedom of thought and speech, something that our nation stands for despite its obvious misuse by many to the detriment of the nation and the Indian society as a whole.

(This is in response to an article ‘Sayeed’s powerlessness hurts Kashmir’ by Fahad Shah in Hindustan Times dated 28 October 2015.)

Mr Fahad Shah argues that Mr Mufti Mohammad Sayeed, the Chief Minister (CM) of the state, is powerless and he attributes this to the coalition government that he heads with the Bhartiya Janta Party (BJP). In his assessment the CM and Peoples Democratic Party (PDP) are acting as facilitators for the BJP agenda and the published joint agenda of the coalition has been sidelined in the bargain. His main argument in this regard is the fact that as per the joint agenda the government was to hold meaningful discussions with all internal stakeholders which in his view includes separatists. However in practice separatists are being ignored at the behest of BJP which also rules at the centre. In his article he states that important issues like revocation of AFSPA, settling of West Pakistan Refugees, return of Kashmiri Pandits, restricting the movement of separatist leaders, failure to deliver flood relief, revoking ban on student unions and return of hydropower projects have all shown that the PDP’s position is compromised and it has let down its voters. It does appear that the author is worried that since BJP is sharing power in the state, there may be a possibility of some changes in the way all the above issues have been handled and viewed hitherto before by successive governments of the past which were not only pro Muslim but also partial to separatists in varying degrees. 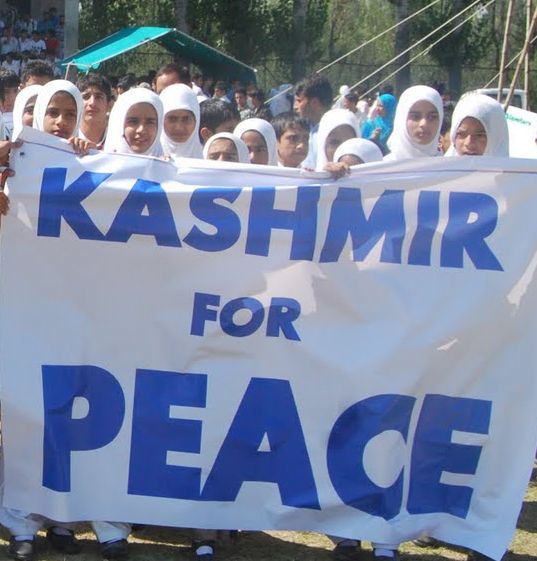 Such warped and selfish thinking is not new in Indian context, more so in J&K. By inference one can argue that while National Conference (NC), PDP and separatists are free to pursue their agenda, the same cannot be true for BJP’s agenda. Separatists can continue to indulge in protests and acts of violence that are anti India and harm the state as well, but if the central government or BJP in the state propose to take counter measures then they are being anti Kashmir. If the state government does nothing to facilitate the return of Kashmiri Pundits it is fine but if BJP or central government try to find solutions to the problem then they are being pro Hindu and anti Muslim. If the follow up on flood relief is below mark, an average Kashmiri from the valley, Mr Fahad Shah included, are quick to lay the blame on the central government. The fact that the state government under Omar Abdullah sat twiddling it’s thumbs while Srinagar was being devastated is not of any consequence. The incapability of current PDP led coalition government to pursue relief operations in a sustained and planned manner too does not matter.

Mr Fahad feels that the divide between Hindu Jammu and the Muslim Valley is increasing and the blame once again is on BJP. He conveniently forgets that the main reason for the communal divide was the step motherly treatment of Jammu region by all past state governments for decades. All that may be happening today is that the issue is being seen and heard more often since BJP is a coalition partner. The demand for removal of AFSPA and withdrawal of army is actually a farce and only a gimmick to play to the gallery for votes. In a state that even provides security to separatist leaders it is indeed a laughable demand. Removal of AFSPA and withdrawal of army will result in a free for all environment where militants and separatists will call all the shots. The semblance of law and order that is seen in the state will turn into mayhem overnight. The blame for continuing with AFSPA is once again attributed to BJP instead of the persisting militancy in the state that the local government is unable to control. It is no secret that what matters today in the valley is to carry out BJP bashing since that shows one is pro Kashmir, pro Muslim and on the right side of separatists.  That is exactly what Mr Fahad Shah seems to be doing by writing such articles.

There is no doubt that in a coalition the CM may not be as independent as otherwise he may be if he headed a government with complete majority. But then the extent of power that he may exercise in a coalition also depends on his political acumen and leadership qualities. If Mufti is powerless as Mr Fahad claims, then most of the blame must rest on his shoulders directly and indirectly on the people who voted him to power. Why blame BJP and the central government in this regard? Mr Fahad’s contention that PDP is taking a back seat does not hold much water if one was to review the happenings in the state in last six months. PDP’s stand on Article 370, release of separatist Masarat Alam, BJP’s compromise on AFSPA, Mufti’s thanking of Pakistan and militants for a completion of a peaceful poll in the state are some of the examples where Mufti had his say despite the BJP not being in agreement. The centre’s plan for rehabilitating the Pundits who were forced out of the valley is held up mainly because of the opposition from PDP since it does not want to antagonise the separatists on one hand and be seen as soft on Pundits on the other. Surely this does not show him as suffering from powerlessness. The problem is not that the CM has no power; the problem is that the CM is neither inclined nor capable of providing good governance to the state for effective development and well being of its subjects. But then that is nothing new since most of the past CM’s too were in the same category. They have only concentrated on fanning the state’s problems since turmoil in the state is a sure shot way of garnering votes and staying in power.

The lackadaisical governance seen in the state stems from mainly two things. First is lack of focus and understanding of the state’s needs and second is the lack of administrative acumen to effectively tackle the state’s problems. J&K’s economy thrives on revenues from tourism. Yet the government seems to be doing precious little to make the environment tourist friendly. When the state is crying for funds for flood relief measures, the Mufti government goes and buys over hundred expensive vehicles for its Members of Legislature at exorbitant costs. Frankly that does not show lack of power, if anything it shows too much power that is being misused. It only brings out the warped sense of priorities and the total lack of commitment towards the state and its people.

With a coalition government in power, PDP must see this as an opportunity to bridge the communal divide and bring more cohesion between the three different regions of the state. False and malicious statements like ‘BJP is using the PDP for its own agenda’ are neither here nor there. In the final analysis there is only one agenda and that is the wellbeing of the state and its people. It is time that all those who overtly or covertly desire a separation from India realise that the state’s well being and future lies with India and not elsewhere. Educated and influential people from the state, like Mr Fahad Shah, can play an important role towards this end by channelizing their efforts suitably instead of trying to widen the chasm that already exists by resorting to BJP bashing.