The current debate about OROP (One Rank One Pension) has become infused with too much passion, emotion, recriminations, frustration and downright prevarication. This, though perhaps understandable, is not healthy because it tends to blur and take the focus away from the hard issues involved, and prevents a rational analysis of the problem. The plain fact is that OROP is just not implementable, and the sooner the Government comes out with an open admission on this, and stops leading the defence forces down the garden path, the better.

The government consists of scores of departments (of which the armed forces are also a part), thousands of categories of posts and hundreds of pay scales/ranks. Their remuneration, promotion avenues, pensions have been arrived at after decades of deliberation and many Pay Commissions. There are intricate linkages between them (called “equation” in government parlance): the whole structure is like a huge spider web in which all the strands are inter-connected, and disturbing just one cobweb destabilises the entire structure. The demand for OROP threatens to do exactly this, and this is why the government is unable to take a decision on this controversial issue. 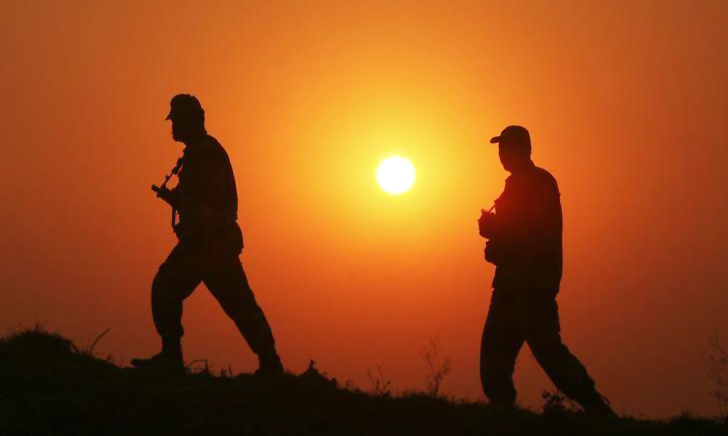 The basic premise of OROP is inherently flawed. One’s pension is inextricably linked to one’s salary at the time of retirement and not to the salary of the same post twenty years later. That is why Pay Commissions, every ten years, do not link past pensions with current salaries but provide a percentage growth to those pensions. This is true of not just the armed forces (as some may think) but of the entire government structure, including ALL civilian posts – with one exception.

This exception is the “causus belli” or the root of the problem. Many years ago the IAS contrived a sleight of hand (at which we are past masters) to ensure that the highest echelons of the elite civil services, at least, get the benefit of OROP ! This is how it was managed: the highest pay scale in government (currently) is Rs. 80000/ fixed. (only the Chiefs of the three defence forces and the Cabinet Secretary are in the fixed scale of Rs. 90000/). It was decreed that all who retire in this scale (known loftily as the Apex Scale) would get OROP – that is, their pensions would always be linked to whatever revised Apex Scale the subsequent Pay Commissions decided. Since every single IAS (or IFS) officer retires in the Apex Scale this forever ensured OROP for themselves. To reduce any opposition to the stratagem, some Apex Scale posts were also made available to other All India services.

The top brass in the armed forces were also party to this decision, for they also got a share of the pie. Take the Army. The Apex Scale has also been provided to the VCOAS, Army Commanders, Lt. General (NFSG) and one third of the total strength of Lt. Generals in the force. The same applies to their counterparts in the other two forces. This may perhaps explain why we have not heard the top echelons of the forces coming out in public support of the demand for universal OROP.

Giving OROP to just the Apex Scale was a bad and inequitable decision, and all the elite civil services and the armed forces were party to it. So, don’t just blame the “babus” please.

The chickens have now come home to roost and they’re making quite a racket over it, as chickens will do. Extending OROP to just the defence forces is neither fair, nor possible. It is not fair because, emotive claims apart, they are not the only ones serving the nation – the primary school teacher in a Naxal village in Dantewada is also doing so, the coal miner spending twelve hours every day in the pitch darkness of a flooded mine in Jharia is also doing so, the fireman rushing into a burning building in a Mumbai slum is also doing so. Nor does it help the cause to quote statistics about the number of casualties – the para military forces and some state police forces have consistently had higher casualties than the army over the years. Demanding a special dispensation on the basis of an exclusive claim to patriotism is never a good idea – it has tinges of a hubris that does not go well with the concept of selfless service.

The acceptance of the OROP demand is also not practically or legally possible, because it cannot be limited to the armed forces only, and any extension to other services and departments will bankrupt the government for all times. The stirrings have already started – the Central Para Military Forces, the Railway unions, some Associations of central government Ministries – have already given ominous hints that if OROP is allowed to the armed forces it cannot be denied to them. So we’re no longer talking of just 22 lakh ex-servicemen and 6 lakh widows – we’re talking of tens of millions of central and state government employees. We’re no longer looking at a financial implication of Rs. 8000 crores but ten or twenty times that. Its a no brainer.

And yet there are some aspects of the demand of the armed forces that are legitimate, that are peculiar to them, and which any sensitive government has to consider sympathetically. The primary one for me is their early retirement (especially for the jawans and ORs) and subsequent unemployment with relatively low pension rates. The solution to this vexed imbroglio has to come out of the box and not from any manual of the finance department. Although it is certainly presumptuous of me I would make so bold as to suggest the following steps as an alternative to OROP:

* Eradicate the root and genesis of the problem — abolish the OROP benefit provided only to the holders of the Apex Scale and cover them under the same formula of pension as applicable to others. This may occasion some resistance from about twenty thousand or so of our plastic frame and a few defence brass but it would remove the heart burning of many millions of others and restore equity.
* Provide higher pay scales to members of the armed forces to compensate them for their shorter service tenures and lack of promotion avenues. In order to do this the bureaucracy should once and for all give up the specious notion of maintaining “equations”- there are no equations between apples and oranges.
* Increase the gratuity available to ORs and jawans.
* Provide 50% reservation for jawans and other ORs in all central para-military and state police forces at appropriate levels. Not only would this single measure provide gainful employment to them for another 25 years, it would also considerably enhance the image and effectiveness of these forces because of the sterling qualities of discipline and integrity which these ORs would bring with them. I calculate that there would be about 30,000 () retirees from the army every year – the annual vacancies in the para-military and police forces would be many times this number, so adjusting the former should pose no problem. Ex-servicemen Directorates already exist at the Centre and in the states and they can maintain the data of retirees and forward the names against requisitions.

OROP is a mirage which will never materialise. If the lot of our ex-servicemen is to be improved and their obvious career disadvantages compensated, suggestions like the above have to be considered. Mr. Modi should learn a thing or two from the armed forces – instead of a head-on confrontation with them he should execute a flanking manoeuvre.