Today I thought I will share my Man ki Baat with you. At the outset I would like to state that I do feel very strongly that the nation could not have got a better leader than you in the present political environment in the country. Your zeal and commitment to see India develop into a strong and prosperous nation is there for all to see. Your views on good governance, corruption free India, fast track growth in various sectors and improvement in the overall living standards of the poorest of poor citizens is well known.  Your vision to see India as a strong nation that can be among the leaders in the world to fight terrorism and other threats has given the nation a new hope and dignity. The question that most of us, common citizens, are asking today is whether as a leader you have done enough to instil confidence in the public towards achievement of the overall vision that you had drafted for the nation during your election campaign.

As far as I am concerned the events and happening of last few months leave me with a lot of doubts about the overall sincerity of your government and at times of you as a person. All leaders and governments work under constraints, some internal and some external. You and your government are no exceptions to this rule. A true leader does not cite such constraints as excuses nor does he succumb to the pressure of such constraints from doing what is in the best interests of the nation. If that means displeasing some around him, even if they are from his very own team, then so be it. I think today you are in this situation where you need to take some hard decisions but somehow you have not risen to the occasion so far. That, Mr Prime Minister, disturbs me since it does not bode well for the nation in the long run. It also gives grounds, to some of us, to think that may be you too are either from the same pack of politicians that have misgoverned this nation for most of the period since independence in 1947 or have compromised with the situation in hand to become one of them. I would like to remind you that you certainly do not belong to that class of politicians. It is time you too realise that and be yourself and stand up for what you really are, both for yourself and for the nation. There are a lot of the issues that support what I have said above and I am sure you are aware of them more than anyone else. However I would still take the liberty of touching upon some of them. 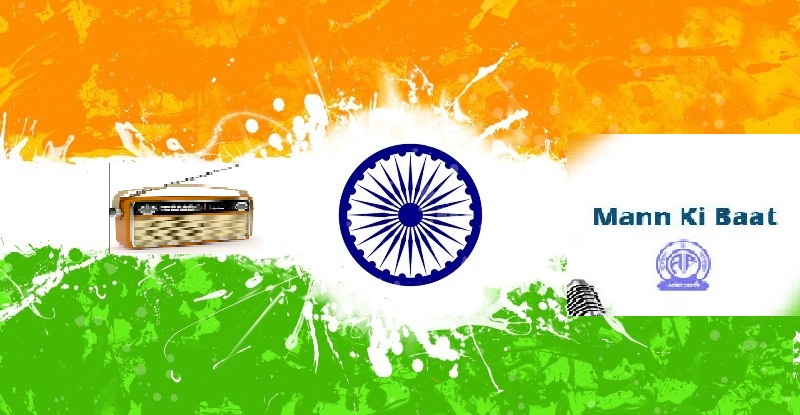 It is clear that the coalition government in Jammu & Kashmir (J&K) is neither working in the best interests of the state nor the nation despite the bold decision on part of BJP to be part of the coalition. Separatists seem to be having a field day with the government appearing soft and indecisive. It may be time to take some bold decision in the overall interests of the nation to give an ultimatum to the Chief Minister Mr Mufti Mohammad Sayeed to either shape up or see a withdrawal of support. If that means President’s rule for some time in the state, then so be it since it will give the central government and you, as the Prime Minister, greater freedom to do what is good for the state while keeping nation’s overall interests in view.

The BJP had invariably made a lot of noise, while it was in the opposition, any time an issue of impropriety came up that was attributed to any member of the ruling party. Unfortunately today the shoe is on the other foot. Your leadership seems to be wavering and has been found to be wanting when it comes to holding high standards of personal integrity and conduct for members of your own government. Is there any iota of doubt that Mrs Sushma Swaraj’s intervention on behalf of Mr Lalit Modi is against all norms of propriety? The fact that she kept her own foreign ministry and the finance ministry totally out of the loop in a very deliberate manner is totally unbecoming of a senior minister in your cabinet. One could go a step further to state that her conduct was obviously not in the best interests of the nation since Mr Lalit Modi was a proclaimed defaulter and has a lot to answer for to various Indian authorities. The case of Mrs Vasundhare Raje is worse since not only has she obviously lied all along; she has also acted in an anti-national manner by asking British authorities that her affidavit of support be kept a secret from Indian authorities.  Your silence and support for the Foreign Minister and the Chief Minister of Rajasthan has not shown you in good light since such stance on your part is absolutely against what you have preached all along. If you had acted wisely and asked both to step down at the earliest opportunity, you would have sent the right signals not only to the opposition but to your own party colleagues too. In the absence of any affirmative action on your part, I find a case here for lack of moral courage and that Mr Prime Minister is not a good feeling at all.

Indian armed forces are perhaps at the top of the ladder in the world when it comes to being disciplined and professionally effective. Over the last many decades they have made very few demands despite the fact that successive governments have played adversely with their preparedness, stature and remuneration. The one demand of One Rank One Pension (OROP), a very legitimate one without a doubt, has been languishing for last forty years and no government or its leaders have found the need to address it. You had not only assured but stated clearly that OROP will be implemented without fail once your government came to power. Unfortunately once again you and your government have been left wanting in this regard and the politician – bureaucrat nexus has once again stalled the same. It is a pity that some Ex-servicemen had to take to the streets to protest, something that should have been avoided at all costs. This situation came about only because your promise to sanction OROP has rung hollow despite having been in power for over a year. This is akin to playing truant with the nation’s biggest and most effective asset which, to say the least, shows an extreme lack of sensitivity and good judgement.

Matters of propriety, corruption and other issues involving different people will keep surfacing from time to time. The case of Mrs Smriti Irani is already heating up. One wonders what compulsions made the minister give different versions of her qualification in different affidavits. If she is not a graduate, it is no crime and she could have just stated her school passing qualification. Sooner or later there will be more cases that will surface. Continued inaction on your part will only make all such individuals more brazen to take on the system since they may feel assured that there will be no accountability. Would you like such a situation to arrive where impropriety, corruption, criminality and inefficiency carry on unchecked?

In nutshell, Mr Prime Minister, the highly charged positivity that you had managed to create when you came to power last year, seems to be giving way to equally charged negativity of late. You may have some internal constraints of not being able to ignore the wishes of the RSS or some pressure to support senior colleagues irrespective of their obvious unbecoming actions or conduct. Add to this some external constraints like not having majority in the upper house or the united stand of all opposition parties on most issues involving you. But then a true and strong leader has to stand up and do what is right, constraints notwithstanding. May be part of your party and affiliate organisations will feel hurt, but please remember the nation will be with you and your detractors within will have no option but to stand by your side, else many from among them will fall by the wayside and forgotten sooner than later. The onus is on you and no one else since in the final analysis it is the man at the top who sets the path, democracy notwithstanding. One hopes you will not shy away from that responsibility.

(From a common citizen to the Honourable Prime Minister)