The dispensation recommended by the Fourteenth Finance Commission (FFC) for the period 2015-20 and its acceptance by the Union Government heralds in a new era in the history of fiscal federalism in India. This represents the willingness of the central government to give a larger role to the States in the matter of development strategies which different States may like to follow. This lends credibility to the favourite catch phrase coined by the Prime Minister Modi – “Cooperative Federalism”. It tells the States to internalise the fact that they have a much larger command over the financial resources than ever in the past since independence but it also lays down that the responsibility of development squarely lies at the doorsteps of the States. Given this scenario, the watchword for the States is “Fiscal Prudence” and that too of a very high order which involves evolution of strategies for enhancing the quality of public spending and raising resources in as effective manner as possible such that the past history of tax wars and concessions really becomes a matter buried in the past. It is extremely likely that the States which use the available financial resources over these five years in a sensible manner have a very fair chance of pulling way ahead of those which do not do so. It could, therefore, lead to deepening the inter-state disparities based on the extent of fiscal prudence the States exercise. Another important fact which the States need to internalise and always keep in mind now onwards is that there is no additional central financial support of any kind and if the States have to develop, they better hasten to create an environment to attract private sector investment. For doing so, the ease of doing business and infrastructural support of a very strong and durable nature shall become the prime considerations for the investors to come to a State.

The fundamental principles for resource devolution from the centre to the States involve creating a revenue account balance through the transfer of share in central taxes which is a constitutional guarantee and yet if some States do not reach that platform, then the Finance Commissions recommend revenue deficit grants to such fiscally poor States. With this preamble, it would be worthwhile to look at what specific dispensation the FFC rolled out for various States and how do they stand as compared to the previous/ predecessor Finance Commissions. 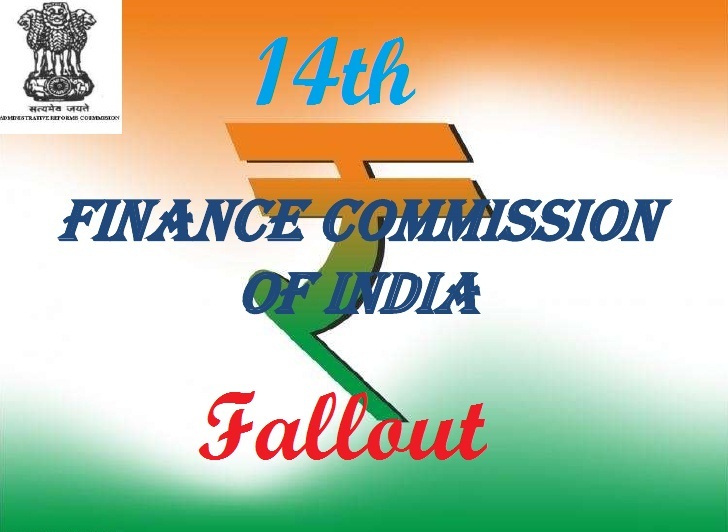 Before doing that, it is important to see which States could not attain a revenue account balance after the tax devolution and the successive Finance Commissions had to provide the revenue deficit grants for mitigating the assessed gap. It follows naturally that the States which were provided the revenue deficit grants for meeting the assessed gap had no revenue account surplus which they could use for investment or strengthening the infrastructure. The following table sums up the picture from the year 1979-80 till the end of the Fourteenth Finance Commission award period and we see a pattern that most of the special category States had to be provided this nature of dispensation.

The above data provides an interesting insight into the pattern of provision of the revenue deficit grants to the States for meeting the non-plan expenditure commitments beyond their own revenues and the share in central taxes. A majority of the Special Category States have figured in the award periods of all the Finance Commissions. The number of States needing the revenue deficit grants really ballooned during the full period award of the Ninth Finance Commission when 21 States had to be provided non-plan revenue deficit grants. Since then, this number has shown a gradual decline all the way through. So much so, the number of States which received the revenue deficit grant during the award period of the Thirteenth Finance Commission came down to only 8 Special Category States. Three Special Category States namely, Assam, Sikkim and Uttarakhand did not need revenue deficit grants since their expenditure commitments were met by the tax sharing design. For the award period of the Fourteenth Finance Commission, we again have eight of the special category States needing the revenue deficit grant for balancing their revenue account, although Arunachal Pradesh comes out of this list and is replaced by Assam.  This indicates that even the Special Category States are arriving on the platform of “being on their own” after the tax devolution from the share in central taxes. There is, however, an important milestone which needs to be kept in mind by the States that they would no longer be getting the central assistance for financing the State plans since such plan grants have become an integral part of the devolution design and there would be no interface between the Centre and the States for determining the annual plan outlays or the indicative five year plan outlays. In a sense of the word, the States are free to have or not have an annual plan drill as it used to be in the past on the one hand, and could take a call on abolishing the thin dividing line between the plan and non-plan while doing the budgetary exercise, on the other.

A look at the transfers to the States as per cent of the gross central revenue receipts over time will reveal to us how the progression occurred. The data in this behalf is presented in the following table:-

Central Transfers as Per cent of Gross Central Revenue Receipts

Transfers and Grants Plan Grants and

# : This is a deduced figure given the tax share for the States having been raised to 42 per cent.

From the period 1951-56 when the Finance Commission transfers were just a little under one seventh of the central revenues, the 2015-20 period has a transfer of 42 per cent – which is over two fifth of the gross central revenues. In percentage terms, it is over three fold increase whereas in nominal terms, it would be a much larger increase. A look at the plan and discretionary grants reveals that these have been in the proximity of 10 per cent or thereabout. Their share in the total transfers to States was as significant as 70 per cent for 1951-56 period and has declined over time to about one third of the total transfers to the States. At the overall level, talking in percentage terms, the share of transfers to the States out of the gross central revenues has more than doubled over the period. The reality is that the amount of money in the hands of the States is so large that many of the States would take long enough to figure out as to what to do with that kind of money. To make this point more clear, we look at the transfers out of the net proceeds of the central taxes for 2014-15 and 2015-16 as presented in the Union Budget for 2015-16. At the overall level for all States put together, the States were to get Rs. 348009.41 crore for 2014-15 as per the formula determined by the Thirteenth Finance Commission against which an adjustment of the order of Rs. 10200.96 crore was made by the Union Finance Ministry due to the actual realisation being short of the revised estimates for that year – meaning a net transfer of Rs. 337808.45 crore to the States. The budget estimates for 2015-16  put the transfer to States on account of share in central taxes at Rs. 523958.24 crore which is Rs. 186149.79 crore more than the last year. And if the economy becomes buyoant, this could well touch Rs. 200000 crore extra over the last year only by way of share in central taxes. It is implicit in the design that different States will benefit by varying magnitudes based on their share in the horizontal distribution formula. We will look at these numbers through the table presented below:-

Apart from the above additional devolution through the increased sharing of central taxes in favour of the States, the eleven revenue deficit States will also receive revenue deficit grants of a sizeable magnitude. Detailed data for 2014-15 and 2015-16 for these States is depicted in the following table:-

As a result of the restructuring of the centrally sponsored schemes as also due to delinking certain schemes from the Union Budget support, the States are to receive less funding from Centre for 2015-16 as compared to 2014-15 to an exent of Rs. 73196 crore(Rs. 56894 crore due to delinking of State Plan support from Union support and Rs. 16302 crore due to restructuring of the funding pattern of the centrally sponsored schemes for the schemes decided to be continued as CSSs).

By putting together the data in the above two tables, it is clear that the States are better off in 2015-16 as compared to 2014-15 by a whopping Rs. 227909.79 crore. After discounting off the central support which will not be available to the States from 2015-16, the net resource gain for all the States put together comes to Rs. 154713.79 crore. If the States decide to pick up their matching share(it is presumed that the sharing pattern will be on a 50:50 basis between the Centre and the States) under the centrally sponsored schemes, this will still leave them with a surplus of about  Rs. 99514.79 crore and that is a huge amount of money which the States can use to change their destiny. However, let us look at the eleven special category States located in the Himalayan mountain system towards taking a consolidated view on resource availability for 2015-16. The data in this behalf is put together in the following table:- (Rs. crore)

Note : The Thirteenth Finance Commission had not provided any revenue deficit grants to Assam, Sikkim and Uttarakhand since these States became revenue account surplus after tax devolution. In this perspective, Arunachal Pradesh is the only State which may have a notionally lower figure of net gain than what is made out by the above data. However, the gain for this State in share in central taxes is so large, the loss of RDG at 2014-15 level would not matter significantly.

What needs to be understood is that the gain in central transfers for these States now (effective from 1.4.2015) includes all the central assistance for State plan financing and the share of central assistance for the centrally sponsored schemes since transferred to the States. In this perspective, of the gain of an individual State is larger than these two numbers put together, the State is a net gainer and has a surplus of revenues  to be invested for propelling growth, if it chooses to do so. In the limited context of Himachal Pradesh, the State is better off in 2015-16 as compared to 2014-15 by over Rs. 4000 crore. This certainly is a large sum and needs to be used in most prudent manner and driving out value for money in the investments the State chooses.

States which are going to elections like Bihar and West Bengal need to be more cautious, prudent and realistic in using the revenue account surplus in a productive manner rather than letting the money slip through the fingers on cheap populist schemes where the long term gains to the economy of the State are none or negligible. The surplus should not be treated as “easy come, easy go” largesse.

Given this kind of revenue account surplus for most States in the next five years (2015-16 to 2019-20), it is eminently possible that some of the States will pull away from the pack and start looking to  a scenario where these could rival the developed world. Therefore, the States need to understand and realise that with greater autonomy and greater command over fianacial resources, a greater responsibility also comes upon the States. This is what the cooperative fiscal federalism demands from the States.

In this perspective, the States could use the following menu for enhancing the values for money:-